Categories: ReefkeepingFish
Clownfish are one of the most popular marine fish, their popularity owed to a particular Pixar movie. Read our guide on how to care for them. 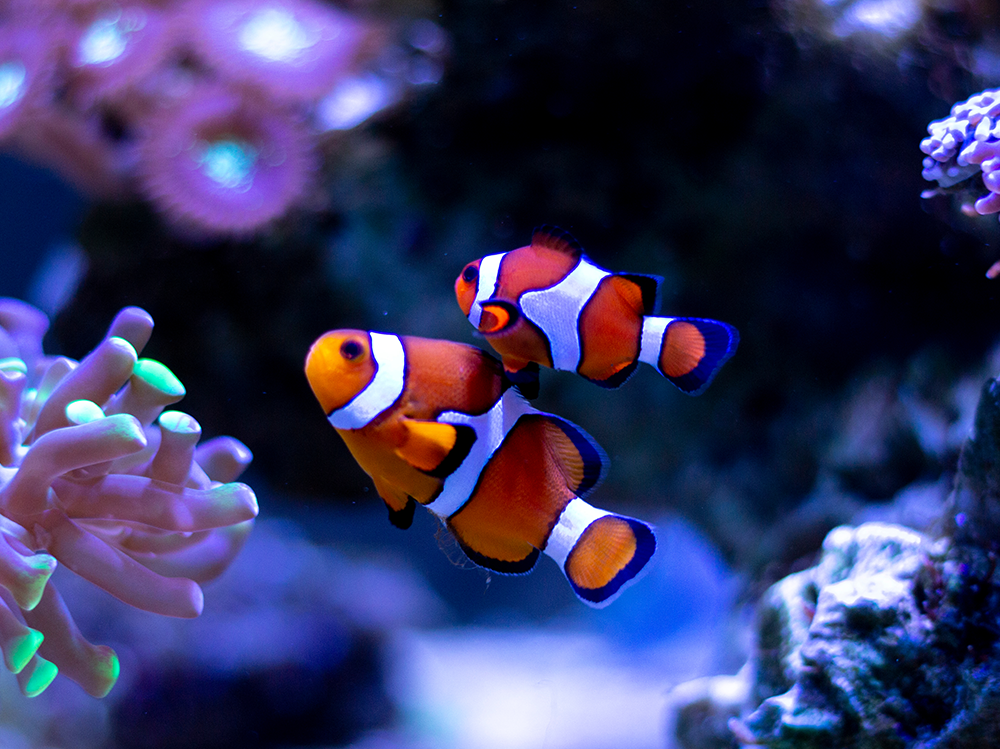 "Daddy, I want a Nemo" are words countless fish keepers and would-be fish keepers will have heard following the release of the Pixar movie Finding Nemo.

The "Nemo" in question is of course a Common clownfish (Amphiprion ocellaris) a fish with some very unusual traits.

The clownfish's most noticeable attribute - namely its beautiful colours - is also its weakness and makes it easy prey for predators. For this reason, the clownfish seeks refuge in a sea anemone.

Along with their distant relative the damselfish, they are the only species that stay clear of predators by hiding close to an anemone.

Anemones can difficult to keep in aquariums but there are ways round it and your clownfish can survive without an anemone - provided there are no predators. If you do introduce an anemone, your fish will need a few days to adapt to it. The best solution may be to use an anemone of the type your fish is already used to. Make sure it is a suitable one for your clownfish as some will sting it.

The mutually beneficial relationship between fish and anemones depends on the clownfish drawing other fish to the anemone, where they are stung by it. Essentially the fish feeds the anemone and in return gains protection.

These lively fish are omnivores and should be fed a diet of brine shrimp, squid or clams but will also eat vegetation matter and nip at algae.

Clownfish operate in a strange tribal hierarchy. Within each group there are a breeding pair and around four non-breeders. The hierarchy is based on size. The female is largest, the breeding male is second largest, and the remaining males are the smallest.

Clownfish must of course be kept in a good saltwater aquarium such as the AquaEl Reef Max. It may also be best to buy one that has been captive bred instead of being caught at a reef but nowadats over 90% are bred in captivity and produced in the UK and USA so wild ones are no longer as common as pets.

And whatever you do, don't follow the plot of the film and give "Nemo" freedom by flushing him down the toilet!