The eight best tropical fish for aquariums, and five to add with caution 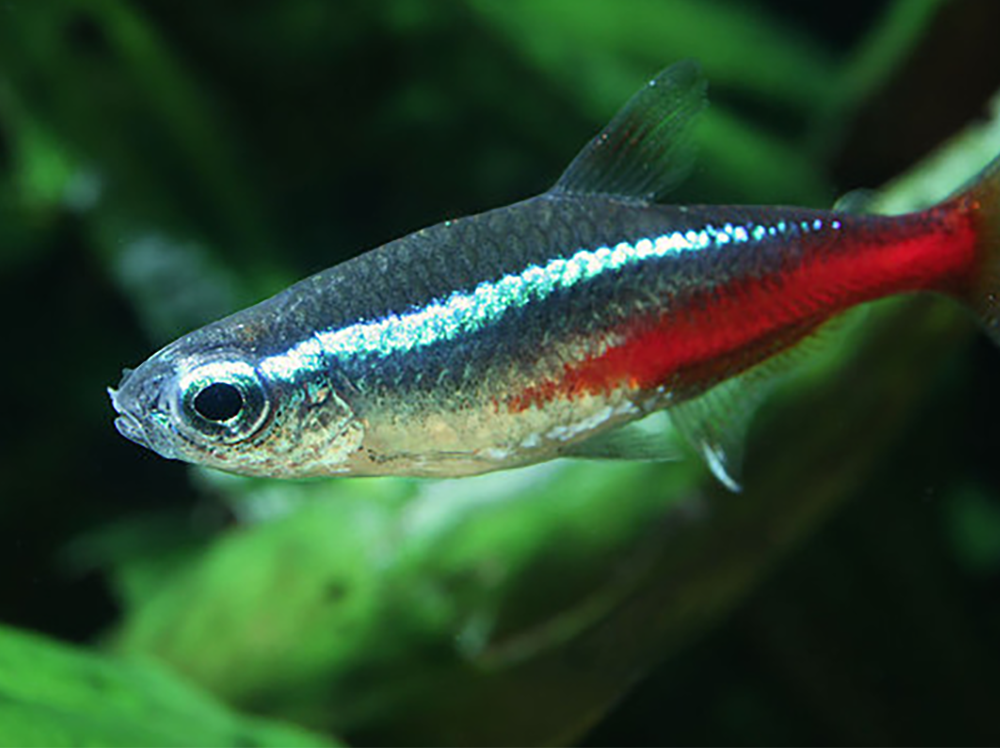 Zebra danios, Danio rerio, are just about the hardiest tropical fish you’ll ever keep. They don’t mind if the water is hard or soft, still or flowing, warm or unheated, and they are the single best fish for new fishkeepers and new aquariums. They are small, fast and although they aren’t that colourful, they make up for it in disease resistance and tolerance of less than perfect water conditions. Add five to a fish tank of 45cm length, or 30 litres or more. Feed on crumbled flake food for tropical fish and insect larvae. Gold and long fin versions are available. Leopard danios can be kept in exactly the same way.

Rosy barbs, Puntius conchonius, are like tropical goldfish, hardy, easy to keep, and active at all water levels. The males develop pink colouration and the females stay more yellow. Like danios, Rosy barbs are hardy with regard to water conditions and temperature, and can also be kept in unheated, temperate aquaria. Although they are a barb, they are well behaved and won’t nip fins. They chase each other around sometimes but that’s because they’re spawning! Also available in long finned forms.

Platies, Xiphophorus maculatus, are live bearing fish, so called because they give birth to live young. We’ve chosen them over Guppy fish as they are hardier, they stay smaller than swordtails, and don’t need salt added to the water, like molly fish. Available in any colour from blue to red to yellow, they are suitable for beginners, are colorful fish, and will produce babies.

Corydoras are cute catfish from South America which are very well behaved and stay small. They are the most suitable catfish for tropical aquariums and will mix with any fish. They scavenge fish food from the substrate but need sinking foods just for them, and a clean gravel bottom so their delicate barbels don’t get eroded. Keep in groups of three of more, in fish tanks 60cm long and longer. The perfect accompaniment to tetras.

Bristlenose catfish, Ancistrus spp. are the most suitable of the algae eating catfish, as they scrape and consume algae, but they don’t get too large, and they’re tank bred, and hardy. They are even easy to breed. Add bristlenose catfish to aquariums of 75cm length or more, and keep on their own, in pairs, or groups. An easy and recommended first catfish.

Keep tropical fish and sooner or later you will keep cichlids. Kribensis, Pelvicachromis pulcher, are a small, well behaved cichlid which likes to live in pairs, and have a cave to call their own. They are safe to keep with small fish and may breed. Although breeding can make them territorial, they are great parents and you’ll get to see them herding the fry around the tank to feed. Keep one pair per tank.

Harlequins, Trigonostigma heteromorpha, are very peaceful, midwater swimming fish from southeast asia which prefer to be kept in groups. They are slightly larger and hardier than Neon tetras, meaning they are easier to keep and less likely to be eaten. Active schooling fish. Recommended.

Cherry barbs, Puntius titteya, are very small barbs which are peaceful, the males are colourful, and hardy. Males quickly take on a red colouration and they are great for small tanks, community tanks, and beginners. Although they are a barb, they won’t nip fins, and stay instead near the bottom of the tank.

Five fish to add with caution

Angelfish, Pterophyllum scalare, are very popular because of their name and shape, but they can grow a little too large for the average community tank, and become quite boisterous. Adult angels can eat small Neon tetras, and they can become territorial and act aggressively towards each other. Good for large community tanks but beware.

Neons, Paracheirodon innesi, are one of the most popular tropical fish of all time, and instantly recognisable with their neon blue stripes and red tails. Although popular, Neons aren’t good in tanks less than six weeks old, or with larger, boisterous fish, and shoal numbers often dwindle, with fish disappearing over time. Only add to mature tanks, ideally with other small peaceful fish like Cory catfish.

Tiger barbs, Puntigrus tetrazona, are very strikingly marked and popular, but can be boisterous in otherwise peaceful community tanks, and outcompete more shy fish for food. When kept in numbers less than 12, they may nip fins of other fish, especially Angelfish, male guppies, and Siamese fighting fish. But good in communities of larger barbs and rainbow fish, and no long finned fish, apart from that. Feed regularly on foods like frozen brineshrimp. A well fed Tiger barb is a less nippy Tiger barb!

Clown loach, Chromobotia macracanthus, are another strikingly marked and very popular tropical fish, but they grow large, and aren’t suitable for new aquariums. They are also susceptible to Whitespot. If given a large tank, kept in a group, and given a long term commitment, they are wonderful schooling fish, but all too often go into small, immature tanks, which cause them stress. Feed Clown loaches on blood worms, cockle, mussel and sinking foods.

The Betta fish, Betta splendens, is a great fish, known for the male's coloration, flowing fins, and fights to the death, but they aren’t suitable to be mixed with other fish. Betta heaven is its own tank with floating plants, warmer than average water and very slow or still water flow. But place it into a busy tank with strong water flow and it’s the Fighter itself which will become the victim. Keep on its own.