What other animals can I keep with fish in my aquarium?

Categories: AquariumsFish
There are several tempting non-fishy animal species aimed at the sale and keeping in fish tanks. But are they suitable to be mixed with fish? 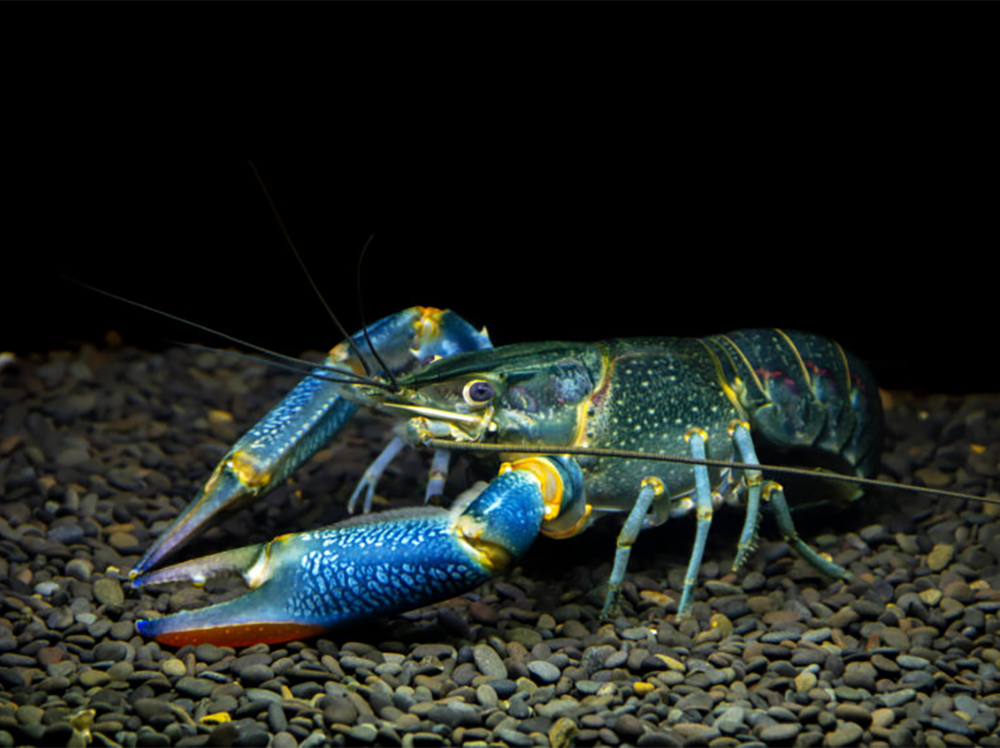 There are several tempting non-fishy aquatic animal species aimed at the sale and keeping in fish tanks.

But are they suitable to be mixed with freshwater fish? Visit your LFS and while looking for an interesting fish to buy you may well spot something else. Snails, crabs, shrimp, crayfish, frogs, even turtles, but unfortunately most are best kept separate from fish because they either eat fish, or they themselves may end up on your fish’s menu.

Some snails are ok in a fish tank like Ramshorn snails and Nerite snails, but Tadpole snails and Malaysian trumpet snails come in with live plants as pests and can reach plague proportions. Apple snails have now returned from previously being banned from keeping in Europe and the UK, but predatory Assassin snails can be used to eat and control Tadpole snails and Trumpet snails.

Just a few snails can be a welcome addition to a planted tank, but will be on the menu of loaches, Paradise fish and medium-sized cichlids. Rabbit snails eat aquatic plants.

There are quite a few freshwater crab species but the main issue is that most are amphibious and need to come out onto a land area, or worse, are actually land crabs that can and do drown when kept in aquaria. Rainbow crabs and Red crabs need to come out of the water so are best in a terrarium of their own. Thai micro crabs (Limnopilos naiyanetri) are suitable for planted tanks but again will end up on the menu of tropical fish like Pufferfish and large, predatory cichlids.

Luckily there are plenty of shrimp species that are suitable for tropical aquariums including Cherry shrimp, Crystal red shrimp, Amano shrimp and Wood shrimp. The first three are excellent algae eaters suitable for nano tanks, community tanks with small fish and planted tanks, although they would be eaten by medium to large fish.

Wood shrimp and their relatives the African Clawed shrimp have unique feeding apparatus, with fan arms that they hold out in the water to capture food particles. They are larger but harmless and can be housed with medium-sized fish species, ideally in fast-flowing stream themed aquaria.

Avoid any long-clawed Macrobranchium shrimp as they are predatory and will eat aquarium fish.

There are only one species of crayfish that can legally be kept in the UK, Cherax quadricarinatus. Sold as Blue Lobsters or Red Claw Crayfish, they’re a tropical species but they grow large, to over 6”, and they will try to catch and eat fish. Crayfish are beautiful invertebrates but they need an aquarium all to themselves.

African clawed frogs are often seen for sale in their albino form and are also known by their scientific name, Xenopus. These voracious eaters will eat aquarium fish and shrimp so need an aquarium, terrarium or paludarium all to themselves.

Can you keep turtles in an aquarium?

Freshwater turtles and terrapins will eat fish and need the right environment, diet, basking lamps, and UV light to live long and healthy lives. Keep separately in indoor ponds or specially designed terrapin enclosures to make sure they get what they need. The Fly River Turtle only comes out to lay eggs and doesn’t bask, but needs a huge aquarium to swim and exercise in and proper, long term care.

The best companions for fish are other fish. If you want some of the exotic non-fishy species listed above, the best thing is to set up an environment where they can be kept on their own, and one that can cater properly for their needs. Check out reptile and invertebrate enclosures over at Swell Reptiles.