Categories: AquariumsFish
Keeping a set of aquarium custodians or ‘Clean-Up Crew’ can be just as effective against algae as chemical treatments, and far more natural when it’s done right. 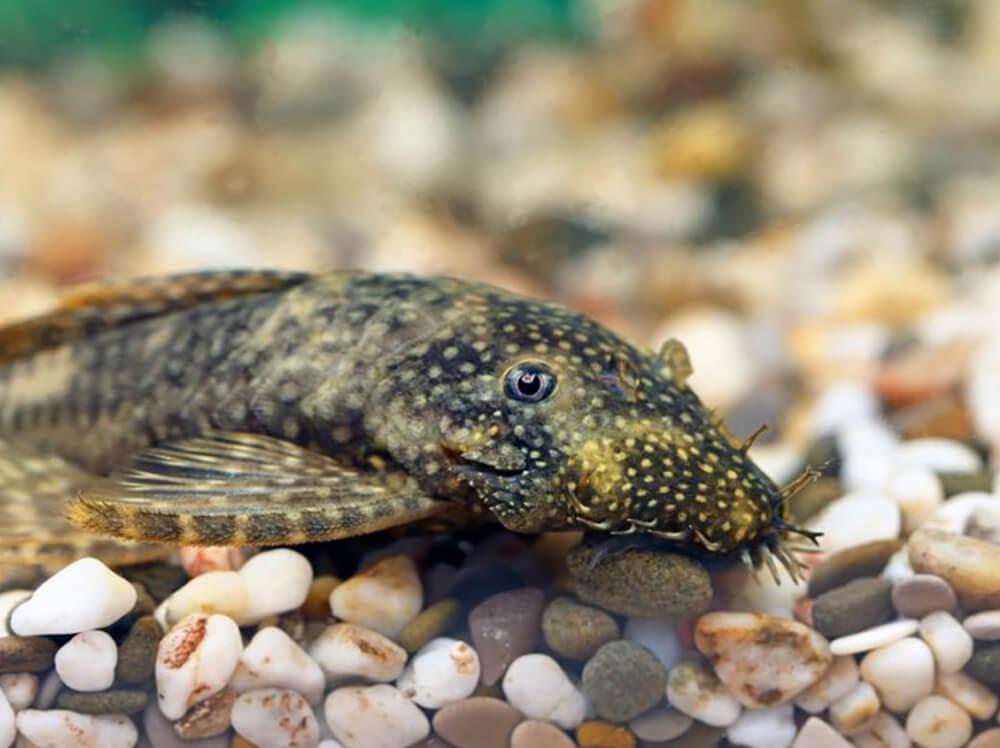 When problems with algae appear in your aquarium, it’s all too easy to jump straight to the chemical solutions, but keeping a set of aquarium custodians or ‘Clean-Up Crew’ can be just as effective, and far more natural when it’s done right.

The phrase ‘clean-up crew’ has been around since the 1980s, and has been used by professional aquarists and vendors all over, and refers to organisms in your tank that help your aquarium reach a natural balance, keep your aquarium glass clear, your substrates clean and your tank in better shape.

The key to a great clean-up crew is diversity – no one species can handle everything that a tank can throw at it. Whilst certain creatures may be better than others, the ideal balance of them working together is what will make a system truly work effectively.

The main thing to remember is that your clean-up critters will not be effective if your tank is overstocked, not regularly maintained, or if the filter isn’t adequate. They can help keep systems working properly but they can only fight part of the battle, so you’ll always need to keep up your side of the bargain too.

The other important aspect to keep in mind is that although they are feeding on the waste in the system, this is not always a full and sufficient diet for some species. Many critters will need extra food and sustenance as well, often in the form of some algae pellets twice a week or so, depending on the tank size and number of creatures to feed. There is a huge host of food for these beasties available, none of which need to be fed more than a few times a week, and should ideally be put in whilst feeding the other swimming fish so as to ensure that the fish don’t try to steal the other food.

So who do you want in your clean-up crew?

So which species do you want in your crew? Let’s start with fish, as certain fish are just as useful as the more well-known invertebrates for cleaning up. ‘Sucker’ fish such as Plecostomus which come in a raft of sizes, colours, patterns (and price tags!), or their smaller cousins Otocinclus which, when combined in a small group in a tank, can act like a small clean-up army. These will clean all of the surfaces, including decoration, both fake and real, and also the glass sides.

They are the most well-known helpers; however, it’s worth remembering that although they eat lots of algae, all that waste has to go somewhere too – think cow, it eats grass and passes masses of very smelly plant-based faeces back out. It’s the same situation for suckerfish, which will certainly remove algae from your glass but will then process all that waste straight back into the tank again meaning that there will be just as much algae growing. This is where the importance of a variety of species really comes into its own. One Pleco will not a clean tank make.

So what other species can you combine to make part of your clean-up crew? Scavenger fish, such as Corydoras or other ground-dwelling Catfish are helpful as they’ll eat the leftovers, primarily all those flakes that the top swimmers missed. This saves it from decaying at the bottom of your tank and creating more pollution. However, the same theory applies, yes they will eat the waste food so that it doesn’t break down but they will also produce waste themselves. So although they will produce less waste, you still need to be mindful of this.

Moving on from fish we come to invertebrates. These will move around the gravel more and keep areas from going stagnant, meaning that there will be fewer “dead-water” areas where algae can build up. They also get all the dirt particles from the gravel up and moving and into the filter rather than settling on the floor and rotting to make things worse.

Shrimp are a great addition to a tank as not only do they clean up, but they also add a whole new aspect to the system. Time spent looking for shrimp in their nooks and crannies of the tank and especially watching them feeding, probably outweighs the fish!

Nowadays there are so many shrimp around in a host of colours meaning that they are no longer the unseen animal living at the bottom of a tank, but now a whole feature in themselves. These guys will go around and eat the algae growing on gravel, plants, bogwood, and decoration. They like to pick at things, and they do it constantly. They’ll also go through some of the waste in the tank the waste passed by the Pleco who ate all the slimy surface algae will then be broken down further with shrimp passing through it constantly.

That said, do bear in mind that not all shrimp feed on the same things or even feed using the same method but most available in the aquatic trade will. Another method of feeding, more common in the larger shrimp like Wood Shrimp, is to sit atop a well-placed branch directly in line with the flow of water from the filter and catch all the particles in the water in their fan fingers. This means all the particles aren’t flowing around the system anymore and helps with cleaning – simple!

A final addition to the clean-up crew are snails which again come in a host of sizes and colours. Most aquarists are well aware of the common pest snails which sneakily live on plants and then continue to consume your entire tank, breeding like wildfire and almost impossible to be rid of them all. Don’t go looking for these, it’s not a fun experience. However, more commonly available snails now include Zebra Snails, Nerite and Trumpet, all of which will clean slightly different areas, and therefore complement each other really well.

In short, variety is the key to success. One Pleco, with a couple of scavengers, several shrimp and a group of snails – perfect!