How long are tropical fish pregnant for? 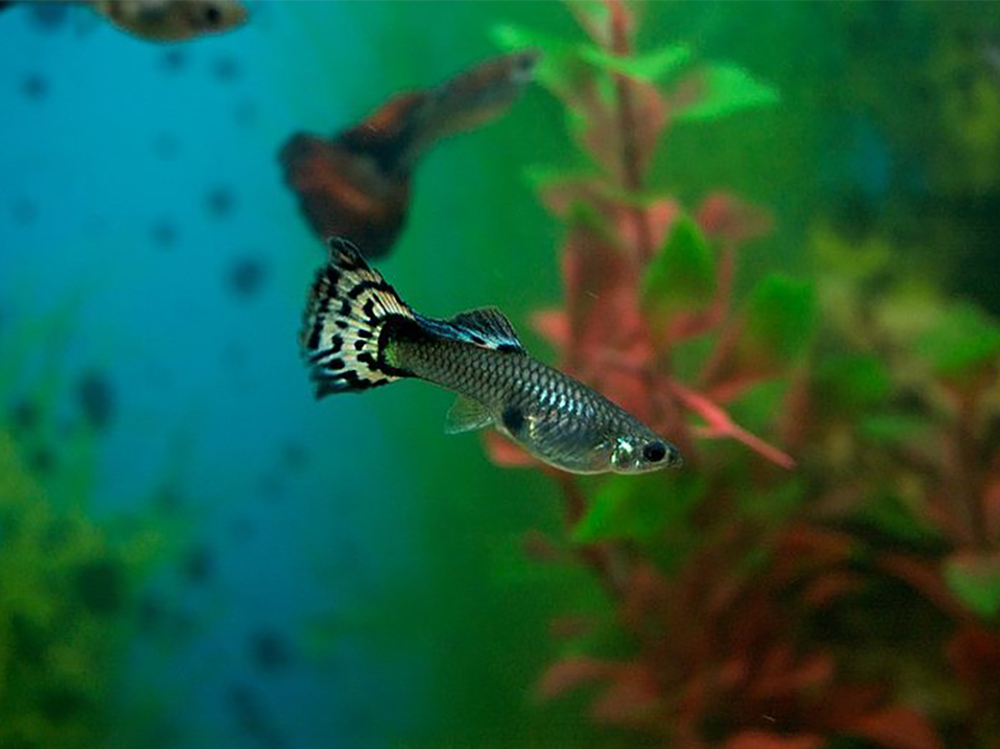 Some of the most popular tropical fish like guppies, platies, mollies and swordtails all give birth to live young, and the difficulty is often not getting them to breed, but getting them to stop! Female livebearing fish get swollen bellies when pregnant, and when their bellies get really big that’s an indication that soon they are going to give birth.

Unfortunately, we can’t always tell when they are going to do so or when they became pregnant in the first place. Often female livebearers are already pregnant when you buy them as they are kept together with males in aquatic stores and suppliers. But here’s an indication of how long each of the popular species is pregnant for:

As you can see it can vary considerably, and this depends on the age and size of the fish, water conditions, food and stress levels. Just like mammals, livebearers can give birth prematurely and sometimes they will just have a few fry. In general, as they grow larger, they tend to release more and more fry each time. You can see the gestation period for mollies is up to twice as long as guppies, and this is because the fry are much larger and take longer to develop.

So knowing exactly when your female fish is going to “pop” can be tricky. Plain coloured female guppies do display something called a gravid spot on their bellies, which gets larger and darker as the fry grow.

If you leave them to give birth in the main tank the fry will be eaten by other fish and even their own mother! This can be distressing to watch so the majority of fishkeepers place pregnant livebearers into a floating box called a breeding trap. This isolates the female and then when she gives birth the fry swim down through a slot into another section, protecting them from the female. The female can be placed back into the main tank once she has given birth and the fry can be raised in the breeding trap or a larger breeding net.

Ideally, pregnant females should be placed on their own in a separate aquarium with lots of feathery plants where they can give birth in a stress-free environment. Then again, once she releases the fry she is returned to the main tank and the fry can be grown on separately. The more space you give to fry the more quickly they will grow. Feed livebearer fry on diets especially aimed at baby fish.