How to keep your tank cool this summer

Categories: AquariumsEquipment
The weather has been absolutely glorious, with May being the hottest since records began, but where does that leave your fish? 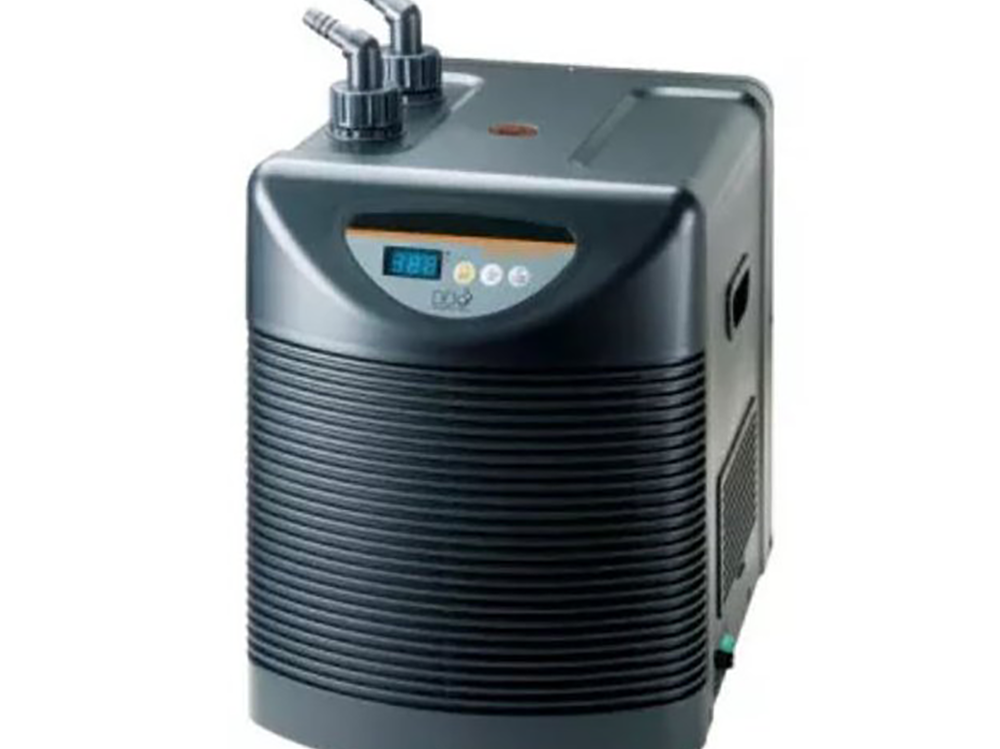 The weather has been absolutely glorious, with May being the hottest since records began, but where does that leave your fish? Even tropical fish don’t like it too hot, and for the first time this week, my tanks went over the temperature I set them to on their heaters.

The perfect temperature for most tropical fish is 24C, and that’s what my heaters are set to. But on Sunday outdoor temperatures rose over that temperature and extra heat from lights pumps, and even me in the kitchen cooking took the tank temps up to 27C. That’s too hot for temperate fish like Zebra danios, too hot for marine fish and dangerous for corals. So what do you do if you need to cool a tropical tank?

How to slow a tank from overheating

If the tank has a closed hood, the first thing you can do is turn the light off. If the tank is free of live plants or corals turn the light off and leave it off all week if you need to. The fish won’t suffer, you won’t be adding extra heat, and you’ll get less algae too. If you have live plants, leaving the lights off for a day on the hottest days won’t do them any harm, or cut lighting right down to six hours per day. That’s enough for them to photosynthesize.

If you have a marine tank, look at how many pumps are running in the system as a whole. Every pump generates a small degree of heat, so if your system is sumped you may have two wavemakers, a return pump, a skimmer pump and one running a reactor. Old style AC pumps with high wattages produce the most heat and consider building a pipework manifold from your return pump, where the return is split off and can also power your reactor. It's one less pump and slightly less heat. It’s one less thing to plug-in too.

How to cool an aquarium

The proper way to cool an aquarium is with a chiller. These large, boxy devices sit on the floor outside your aquarium or inside a well-ventilated cupboard, connect to a pump or external filter via hoses and literally remove heat from the system. They do this in the same way that a refrigerator does it, and they are also known as refrigerant coolers. They are expensive but are popular with reef tank owners who will happily invest £500 on a cooler if it means it will protect their precious coral collection worth thousands of pounds from overheating, bleaching, and dying.

Next is to fan-cool your aquarium. One way is to place a standard fan near the surface of the water and have it blow across. If it makes ripples on the surface, even better. (note standard household fans are not waterproof and should not be placed on or in water - danger of electrocution!) But a better way is to buy a clip-on aquarium cooling fan that mounts to the rim of the aquarium, and plug it into a dual heater, cooler socket which will turn the heater off and the fan on when it gets too hot.

Can I use ice to cool my aquarium?

In extreme cases, you can use ice to cool your aquarium, but there are some safer, better ways of doing it. If you just poured a bucket of ice into your tank it is likely to cause such an extreme temperature decline in such a short time that it may kill your fish. Ice is one way to actually euthanise a fish! Instead, you want to be able to use it to bring a tank temperature down from 28 or 30C to 26C then 24C over an hour or more, so the fish aren’t shocked.

The best way to do this is to float one of those blue plastic freezer blocks in the tank or failing that, a frozen bottle of water. You don’t get the sudden release of freezing water that you would have with ice cubes and you can replace with another and rotate when the first one thaws out.

Got a top-up chamber inside your sump? Float a freezer block or bottle inside the top-up chamber and cool with gently radiate through to the main system water in the next chamber.

In extreme circumstances, you can bring tank temperatures down by replacing it with cooler water, but again, avoid shock, and going from warm to cooler water very quickly is one of the main triggers of Whitespot. Try one of the above options first, or ensure that your water change only brings the temperature down by 2C at a time.

And always use a thermometer.