Why do my fish keep dying?

Categories: Water QualityFish
There's nothing more frustrating for a fish owner than looking into your aquarium to see one of your fish floating lifelessly at the surface. 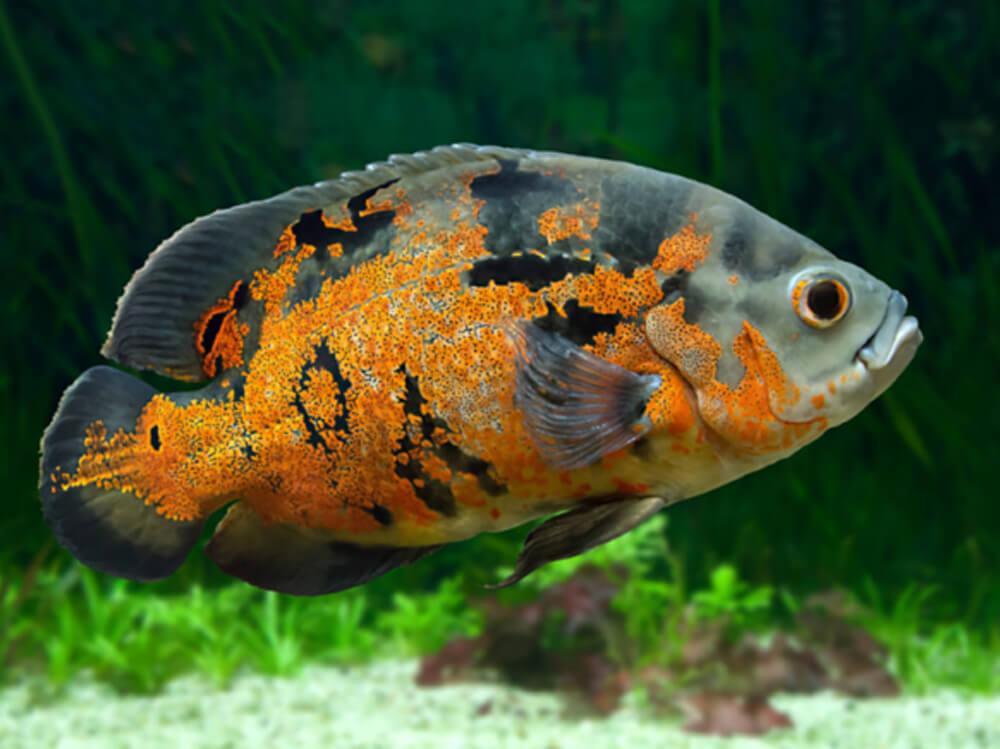 There's nothing more frustrating for a fish owner than looking into your aquarium to see one of your fish floating lifelessly at the surface.

It can be even more frustrating if over the next few days more fish start to drop dead, leaving you wondering what is making them die and whether you have done something wrong.

If you have lost a few fish in a short space of time it could of course be a coincidence. Many species of fish only live for a year or two on average, meaning that death is inevitable at some point.

But it is worth keeping an eye on the situation in case there is something in the aquarium that is causing the fish to die.

Why your fish might be dying and how to keep them alive.

It could be a case of New Tank Syndrome. This is the term that is used when fish become ill or die in a newly established aquarium. It is natural for fish to produce ammonia and this is created when waste is released into the water by the fish.

Excess fish food and debris also rot in the tank and this too can increase ammonia levels.

Some people choose to do a fishless cycle when they first buy a tank in order to establish the aquarium and prepare it so that it is a safe environment for fish to thrive in once they are introduced.

A fishless cycle can be a complicated process, but it basically involves mimicking the changes that would occur when fish are added to a tank - but without the fish.

This means that you need to add ammonia to the tank yourself in order to mature the filter so that when you do add the fish, the environment won't cause them any harm.

However, the majority of people add their first fish to an aquarium a week after setting it up, without any problems. Problems can arise though if your aquarium is not properly cared for. If you've recently lost fish or your fish have become ill, here's our guide to potential problem causes.

Water quality plays a huge part in the success of your tank, and if it is not up to scratch, your fish can pay the ultimate price. Ammonia and nitrite are just two of many common problems that you might come across while caring for an aquarium and both can harm your fish.

A number of things can lead to ammonia, such as fish waste, leftover food rotting at the bottom of the tank, and dead fish not being removed promptly. Overfeeding your fish is a habit that is definitely worth avoiding.

If you don't conduct regular water changes, then fish waste and leftover food will remain in the tank. A fish tank filter plays a large part in removing food and waste, but it can still help to regularly add fresh water so that problems don't continue to circulate.

Water changes need to be done at least once a week, and you should get into the habit shortly after purchasing your fish tank, rather than waiting for problems to arise before you start to change your aquarium water. To make sure that your water quality is good enough for your fish, using a test kit regularly can really help.

It may surprise you, but just like humans, fish can become stressed easily and this can be bad for their health.  The more stress that they experience, the more prone they are to catching diseases and the more they struggle to fight these illnesses off.

Stress can be caused by disturbances such as loud noises, unnecessary substrate changes, hands being placed in the fish tank and bullying from other fish. It's best to avoid disturbing the fish tank unless absolutely necessary.

To prevent the fish from picking on each other, it's worth checking that the fish you buy are compatible before placing them together in the tank. Some species of fish can't live in harmony and you might find one or two fish chasing others around the tank or nipping their fins.

Overcrowding is a common fish killer. Many aquarium owners can get carried away when purchasing fish, buying far too many for the size of tank they have. This not only gives the fish less space to move around in, but it also increases the chance of there being an ammonia problem.

A good rule to follow is just one cm of fish per litre of water. This helps you to work out how many fish you can have while taking on board the fact that not all fish are the same size. Even if you don't have too many fish in your tank, adding several fish at once can cause ammonia levels to spike and such a sudden and dramatic change can kill the fish off quickly when they run out of clean water to swim in.

It's best to gradually introduce your fish to the aquarium a few at a time, making sure that you acclimatise them properly. Take a look at our guide explaining how to add fish to your fish tank for more information on acclimatisation.

You may worry that your fish are hungry and will die if they aren't fed enough, but it is actually more harmful to feed your fish too much. Overfeeding is a common problem and one that can be dangerous even if you're only guilty of it on occasions.

Uneaten food will sink to the bottom of the fish tank and will gradually decompose, increasing the amount of ammonia in the aquarium. One way of sucking up all of the uneaten food is by including a bottom-feeding fish like a catfish to scoff any leftovers.

Regular water changes can also help to minimise any effects of overfeeding. But prevention is better than cure so it is best to not overfeed in the first place.

Remember to use dechlorinator and stress coat when doing a water change to make sure that the water is safe for the fish. Adding water straight from the tap without treating it first is a common killer of fish.

If you have tropical fish, you need to maintain a certain temperature to ensure that they don't get too cold. Fish tank heaters do the job perfectly and the majority will regulate themselves to make sure that the water doesn't get too hot or cold.

We recommend using the same bucket for water changes and for water changes only. Never wash this bucket using cleaning products as the slightest drop of washing up liquid can contaminate the water, for example. Water can also become contaminated if you add the water straight from the tap without using dechlorinator to remove chlorine and other toxins.

When an illness begins to take hold of your fish tank, it can be difficult to control, and before you know it you can lose several of your fish within the space of a few days and in really severe cases, hours.

Thankfully, almost all fish diseases, parasites and bacteria can be cured with treatments and medicines. Make sure that you don't overmedicate though as this can cause more harm than good.

Disease treatments can be a valuable addition to your aquarium kit when your fish start to get sick or if they die. These treatments can target the problems and prevent them from spreading.

But first, you must of course work out exactly what illness it is that your fish are suffering from.

What are the most common fish diseases?

Formaldehyde is a great disease treatment to conquer parasites and flukes. It can be teamed with NT Labs Malachite to combat parasite infections such as Ichthyopthirus white spot, Trichodina, Costia and Epistylis.

An Anti-Worm treatment can help to protect your fish from parasitic worms or lice. Anchor worms, skin worms, gill worms and tapeworms can all be eradicated with the correct dosage at regular intervals. It's important to follow the instructions included with the disease treatment so that you don't overmedicate the fish.

White spot (also known as Ich or Ick) is one of the most common parasitic diseases that tropical fish can face. The majority of fish enthusiasts will have to deal with it at one time or another, but the problem can be solved with appropriate disease treatments if caught early enough.

API White Spot Cure can effectively cure white spot in tropical and freshwater fish. It also provides a barrier against secondary infection by providing a slime coating on the fish.

Fin rot isn't exactly a disease in itself, it is usually a symptom of a different illness. It can be difficult to determine the cause of fin rot but it can include fighting with other fish, stress, bacteria, parasites, ammonia poisoning and poor water quality.

An Aquarium Anti Fungus and Finrot disease treatment can quickly treat fin rot, mouth rot and cotton wool disease in fish. As soon as you notice that any of the above conditions have affected your tank it is important to act quickly in order to tackle it, prevent the spread of the disease and decrease the likelihood that the fish will die.

What else can I do to prevent the disease from spreading?

As well as using an appropriate disease treatment, quarantine can be used to prevent the spread of diseases from one fish to another fish in the tank. A quarantine tank can be an effective way of preventing other fish from getting ill and helping treat the diseased fish.

The easiest way to prevent your fish from getting ill is by regularly taking a bit of time to maintain your aquarium and keep it clean. Weekly water changes and test kits can go a long way, as can avoiding overfeeding.