How many marine fish in a 60-litre tank? 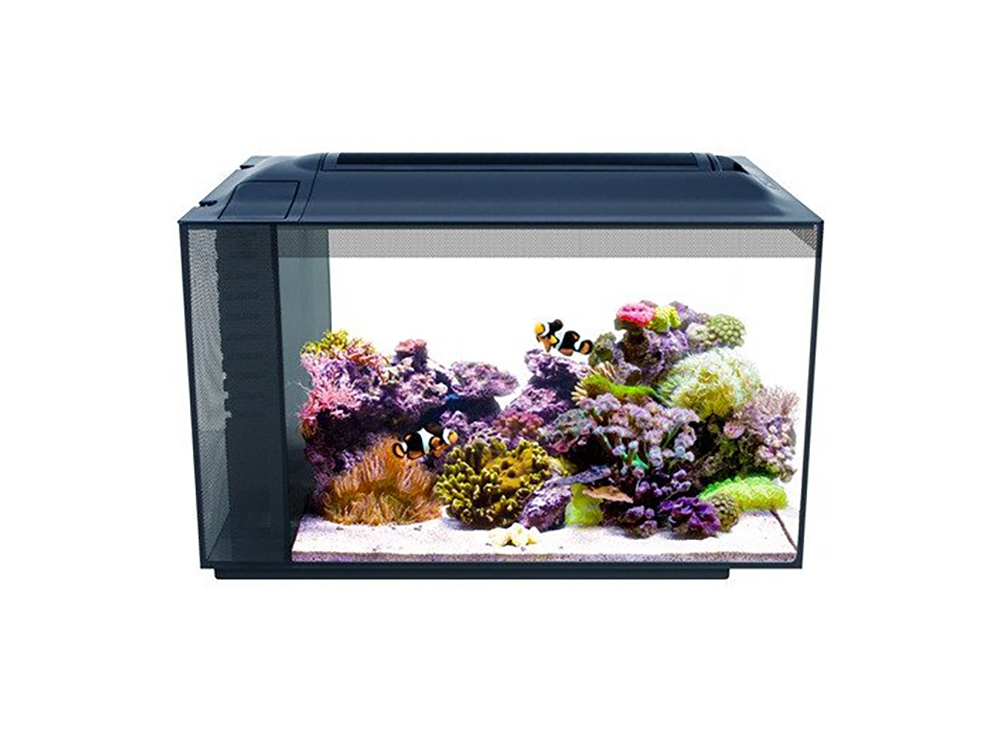 Due to advances in the marine hobby, it is now possible to keep fish and even corals in small tanks.

Many marine fish are territorial and need a little patch of the ocean to call home. That means that a tank that is long and wide is better than one which is tall and thin if you want to mix several marine fish together. Also one with a large built-in filter section or a large hang-on filter will be better than one with a small internal filter which is really better suited to small freshwater fish. So the bigger the filter and the more mechanical, biological and chemical media the better.

Next is how long that tank has been set up for. As good as new filters are they are sterile, so need to be seeded with the right strains of live beneficial bacteria which will then go on to convert fish waste into less harmful substances. No marine fish or invertebrate is tolerant of ammonia so the tank must be ready for their addition and their resultant waste, and that can take a few months unless you fishless cycle.

The benefits of protein skimmers

Protein skimmers are useful extra filters in marine tanks as the fine bubbles inject more oxygen into the water as well as removing organic waste before the filter has to convert it. So generally speaking a fish-only or reef aquarium will be capable of holding more fish if it runs a protein skimmer.

Skimmers are available in all sizes and to suit pretty much all types of tanks from those with sumps to those with built-in filter sections, to basic tanks that a skimmer can just hang on to the back. A 60 litre marine tank will certainly benefit from the addition of a protein skimmer and some nano marine tanks will have a little section built into the filter where a skimmer can be housed.

Which fish for a 60-litre marine tank?

Stick to fish of three inches or less, and those that don’t need to swim constantly or across a large area. Tank bred clownfish are an excellent choice, as are Yellow gobies, Firefish, and Royal grammas. You could keep a pair of clowns, a Yellow Goby, a Firefish and a Royal Gramma in a 60 litre marine tank and as a general rule stick to a maximum of five small reef fishes in saltwater aquariums of that size.

Or go nano and set up a tank just for gobies, of which there are hundreds of species, many of which are tiny yet colourful and interesting to watch as they go about their lives. What about a shrimp and goby pair, where a small substrate dwelling goby like a Yasha or Dracula goby pairs up with an almost blind Pistol shrimp, which will go about building them a den to retreat into?

Or for maximum effect and minimal stress and impact on the environment just add one pair of Nemos - tank bred Amphiprion ocellaris or percula, and keep them on their own in a saltwater tank.