How to clean an aquarium filter sponge

Categories: AquariumsEquipment
Cleaning a sponge should be the easiest of tasks, with few ways to get it wrong, but not if its an aquarium filter sponge. 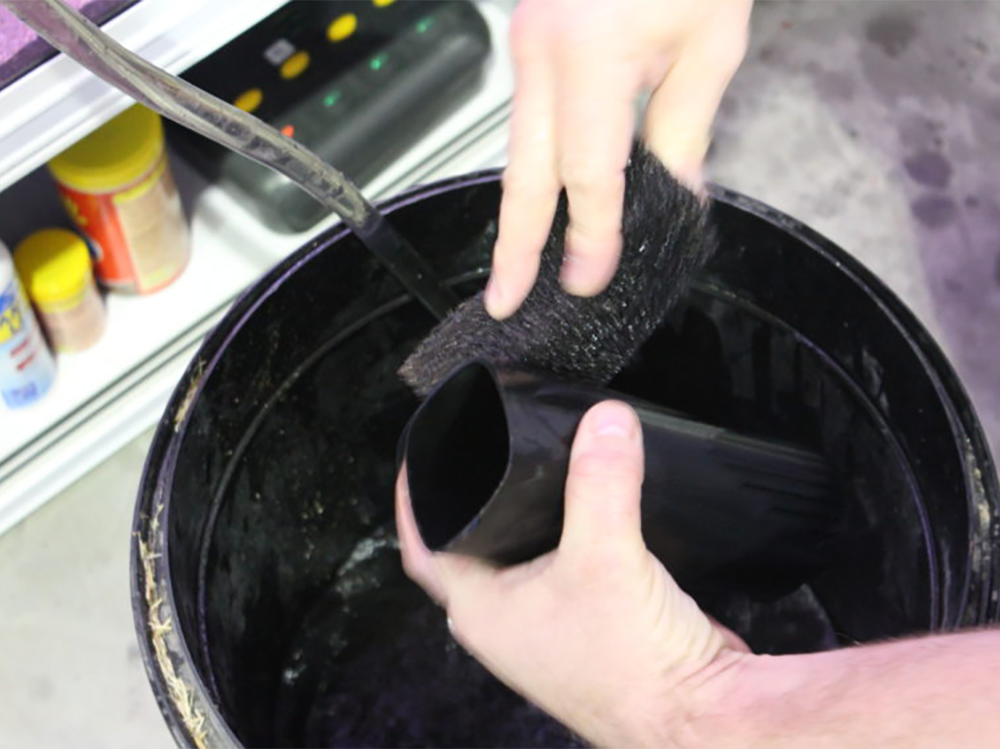 Cleaning a sponge should be the easiest of tasks, with few ways to get it wrong, but not if its an aquarium filter sponge. Unlike a sponge you would use to wash the car or clean the dishes, when in aquarium water a sponge colonises with beneficial bacteria that convert toxic fish waste (ammonia,) to less harmful substances.

If a sponge is the only media in your filter its actually the life support system for your whole aquarium, so if you clean it incorrectly it could spell disaster for your tank.

Don't wash under the tap

The normal thing to do would be to wash the brown filter sponge under the tap, removing all the dirt until it returns to its original colour. This is one of the most common mistakes in fishkeeping as tapwater contains chlorine or chloramine which kill bacteria.

Do this and all the beneficial bacteria will be lost, sterilising the sponge and making it incapable of converting ammonia anymore. The fish continue to create ammonia which then builds up and kills them. A filter without bacteria causes New Tank Syndrome, but this can happen to mature tanks too if you wash the sponge under the tap.

To combat this, all filter sponges should only ever be cleaned in old fish tank water. Combine all your maintenance into one by first cleaning the glass, then vacuuming the gravel, then cleaning the sponge in the water syphoned into the bucket during vacuuming. Finally, use the dirty water to water your house and garden plants as it's full of nutrients for them.

See how to clean an internal filter here.

How to replace a sponge

But over time a sponge may start to disintegrate, shrink or not spring back to its proper shape when squeezed. When this happens its time for a new sponge, but how do you do it without losing bacteria? If your filter just has one sponge, cut the sponge in half leaving half of the old one in place, and replacing the other half with new. It will take about six weeks for the new sponge to become mature, and after that time you can replace the second half with new.

If your filter has two sponges, replace one at a time, again in six weekly intervals. And if you have the luxury of two filters, change the sponge in one, leaving the other again for about six weeks. It’s a good idea to add live filter bacteria when conducting any tank maintenance as inevitably some bacteria will be lost.

And if you want a visual alert that will let you know early if there’s a problem, install an Ammonia Alert or a Seneye.