How to get rid of Black Beard Algae (BBA)

Categories: AquariumsAlgae and Pests
Black beard algae (BBA) is a horrible, tenacious algae which is unsightly and hard to get rid of. It typically grows on the edges of the leaves of slow-growing plants. 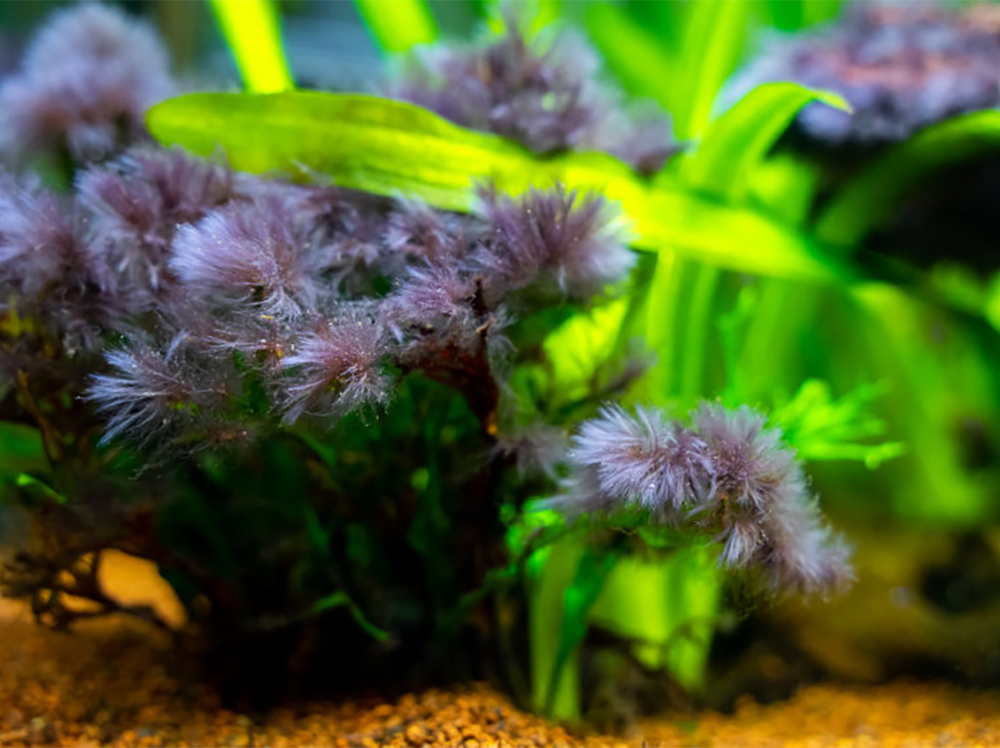 Black beard algae (BBA) is a horrible, tenacious algae which is unsightly and hard to get rid of.

Beard algae typically grows on the edges of the leaves of slow-growing aquarium plants like Anubias and Java fern, and once on the leaf, it’s difficult to eradicate it completely. The algae growth grows on rocks and bogwood too.

Black beard algae may be caused by a number of factors including too much light, no CO2 or fluctuating CO2, detritus and high pollutant levels in the aquarium water. The first way to deal with it is to not introduce it to the planted aquarium in the first place, on contaminated plants. Buy fresh, algae-free aquatic plants and don’t be tempted to transfer plants from existing tanks that are suffering from it.

Improve circulation, fertilization and carbon dioxide levels, and change the water regularly. Daily use of a liquid carbon product can help to prevent BBA and treat it once it appears.

The most direct route to treat black beard algae is to remove any leaves with BBA on them, by cutting them off with scissors. Use a stiff toothbrush or even a wire brush to scrub and remove black beard BBA from algae and rocks, and syphon any dislodged algae and detritus, removing it from the tank.

Another interesting remedy for dealing with BBA is to lower the water level to where the algae is, like on a rock for example. Then pour your daily dose of liquid carbon into the cap but instead of pouring it into the water, use a clean, tiny paintbrush and paint the neat liquid onto the affected areas. Leave for thirty seconds or so, and then refill the aquarium like you would as part of your weekly water change regime. Hydrogen peroxide can be used for this purpose too.

Within a day or so the Black brush algae should turn pink, and die off, and then again scrub and syphon to remove as much of the remnants as you can.