How to raise Calcium in a reef tank 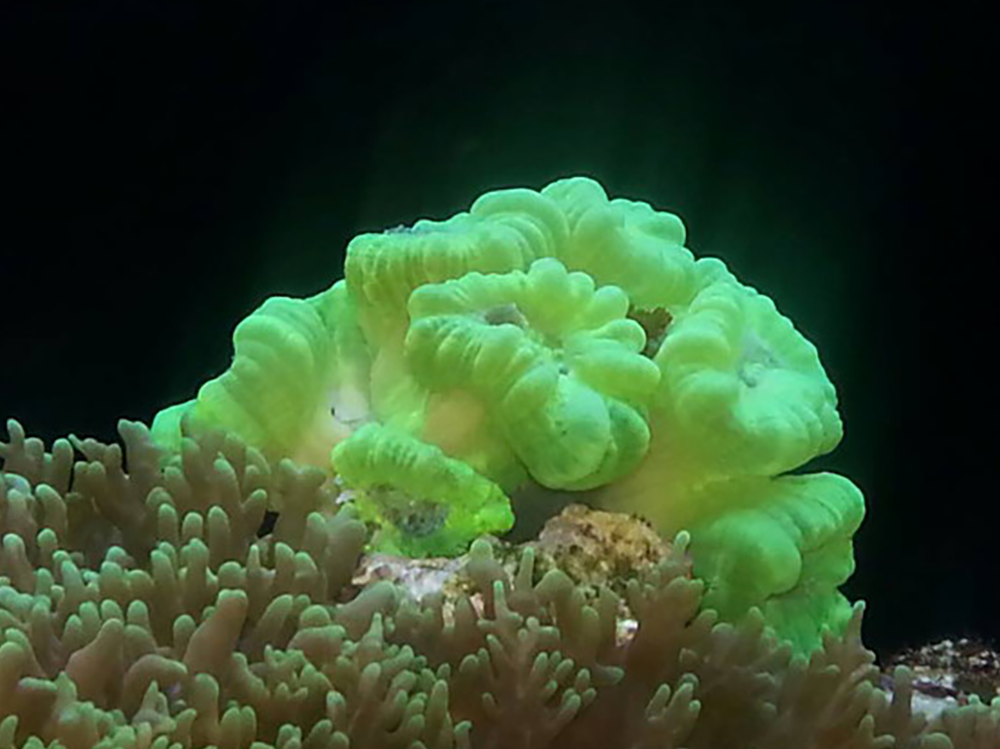 Calcium is one of the reef elements we recognise the most. Its what’s in our bones and teeth, and we obtain calcium from milk and dairy.

Corals need Calcium too and if they aren’t doing well, after addressing light and water flow, Calcium is usually the thing we think we need to raise first.

But reef chemistry isn’t as simple as that and corals consume many more elements including Magnesium, Potassium and Iodine to name just a few. Set up a tank from new and the first thing to deplete after adding corals is the Alkalinity (KH) level, and that is often more important to address than Calcium.

Every reefkeeper should test regularly for KH, Calcium, Magnesium, Nitrate and Phosphate. These are the five most important parameters for reef tanks, (as well as salinity and temperature,) and these should be tested weekly. As corals build their skeletons, test kits will show that the KH, Calcium and Magnesium levels will start to drop, and that’s when you need to start dosing those elements. Leave them to drop and corals will start to decline and even die, as those three levels are constant in the ocean and corals are not adapted to live in saltwater with low levels of them.

KH, Calcium and Magnesium should be used up uniformly, and a method of dosing all three called the Balling Method, was developed decades ago to facilitate that. So you shouldn’t ever just need to dose (and raise,) Calcium on its own. If you do, add Calcium Buffer to the system until it returns to 420ppm, the calcium level that natural seawater is in the ocean. What is more likely is that by testing water, you will find that KH drops first and needs the most regular buffering, then Calcium, then Magnesium.

Many manufacturers supply KH, Calcium and Magnesium buffers in sets or as part of a three-part dosing programme, and often in liquid or powder form. Liquids are easier to use but powders are better value when mixed into liquids and made-up yourself with RO water.

Test the water, add 5ml of KH buffer for example, and then test again to see how much the level has gone up. Keep a record of how much KH, Calcium and Magnesium buffer you need to add each week to keep the levels as they should be, and then you’ll know your tank’s weekly consumption.

Buffers can be dosed by hand by adding “X” amount of capfuls per day or per week, but this can be labour intensive and damaging to your tank if you overdose or forget to dose and the levels drop out of kilter. This is when you need to employ an automatic dosing system.

An automatic doser typically uses three or four peristaltic pumps (like those used in hospitals,) to dose liquid buffers for you. The good news is that weekly consumption can be divided and dosed every day, seven days a week, or even several times a day, to keep those levels constant. Stability is key to reefkeeping.

Although the initial outlay may seem high, most successful reef tanks use them, and no reef tanks run without buffering unless the water is changed on a daily basis. So to raise the Calcium level in a reef tank, you’ll need a Calcium test kit and some calcium supplements like liquid Calcium buffer, but for a successful reef tank you need at least the five test kits listed above, Calcium, Magnesium and KH buffers, and to auto-dose them on a daily basis.

Another way to raise and maintain Calcium levels is with a Calcium Reactor, although despite the name they are actually more effective at delivering KH, or carbonates. Calcium Reactors work by using acidic carbon dioxide to dissolve coral skeletons or calcium carbonate based media. As the media slowly dissolves it releases elements that the living corals can use to build their skeletons. Calcium reactors aren't cheap devices as you'll need a pressurised CO2 kit and ideally a separate automatic dosing pump. They can also lower pH while raising KH. Liquid calcium buffers in either a one part, two part, three part (Balling Method,) or four part complete dosing solution are easier, have fewer drawbacks, and are a much more popular way of delivering Calcium to a reef tank.