How to set up a fish-only saltwater aquarium

Categories: Reefkeeping
Fish-only tanks are some of the most fun marine tanks because you get to include all the cool fish that can’t be kept with live corals. 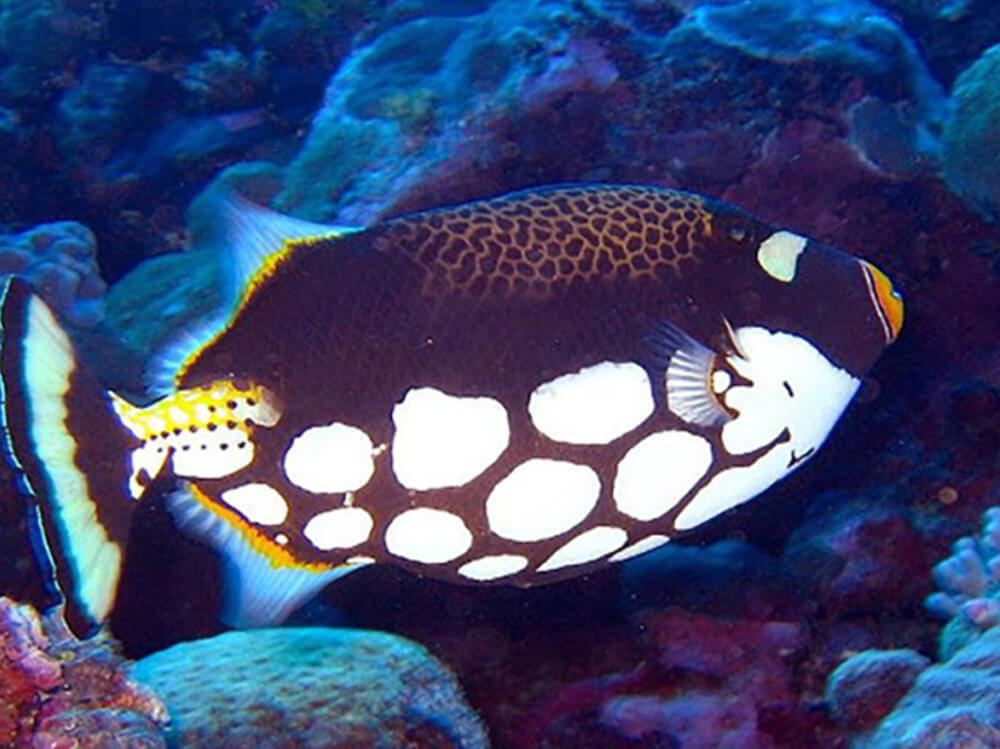 Fish-only tanks are some of the most fun marine tanks because you don’t have to worry so much about water chemistry and you get to include all the cool fish that can’t be kept with live corals.

What is meant by fish-only?

Many people want the dream of a reef tank full of fish and corals but the reality is that it takes a lot of time and money, and there are actually a lot fish that can’t be included because they eat corals or mobile invertebrates. This includes some of the most stunning and sought after marine fish like Butterflyfish, large Angelfish, Triggerfish, Pufferfish and Lionfish.

Reef tanks also rely on a relatively low fish stocking whereas with a fish only tank you can have more fish in there and recreate the busy underwater marine scene that most people imagine.

How to set up a fish-only saltwater aquarium

To set up a fish only marine tank you’ll need a fish tank, filter, lights, heater and saltwater. The advantage with a fish only tank is that many freshwater tanks can be set up as fish only, simply by adding salt, and there are lots of options of tanks with lights, heating and filtration already built-in. Change the freshwater lighting for marine lighting, and you’re away!

A fish-only marine tank can be as small as 60cm long for a pair of tank bred clownfish, but go as large as you can and a five-foot aquarium or larger will be able to hold many of the best pet marine fish including porcupine puffers, picasso triggers, snowflake moray eels, angelfish and butterflyfish. And compared to a reef tank, a fully stocked five foot fish-only set up will still come in far cheaper than a three-foot reef.

There are really useful pieces of equipment that will help cleanse the water in a marine tank. Protein skimmers are extra filtration devices that both clean and aerate the water, and Ultra Violet Sterilisers can help to zap disease organisms that could make your fish sick. They clear the water too. Put phosphate removing media in the filter to help reduce algae.

The main difference between fresh and saltwater is of course salt, so you’ll need a bucket of marine salt and a Refractometer to measure the salt level in the water. And saltwater suitable test kits for ammonia, nitrite and nitrate. Other tests are available including pH and Phosphate, should you need them.

To get the marine look you’ll need coral sand and saltwater suitable rocks. Shells can be included if wanted and giant barnacle clusters along with any ornaments. A fish only marine tank can just have sand and rocks or it can include artificial corals, airstones and shipwrecks. You can even use some marine looking artificial aquarium plants to resemble seaweed.

How to set up a marine tank

Build the cabinet and place the tank on top. Install the heater and filter, then rinse the sand and rocks in tap water and place the rocks in first, then the coral sand around them to a depth of about one inch. Fill the tank with fresh water and switch the heater and filter on. If using tapwater use Tapsafe, or if you want the purest freshwater which may lead to less nuisance algae, invest in a Reverse Osmosis unit. They are good for making up water to top-up evaporation too.

Leave the freshwater to warm overnight and when it's reached 25 Celsius, introduce the dry marine salt until the refractometer reads a salt level of 1.024 s.g. Saltwater tanks can run at a lower salt level than reef tanks, but that can come later.

When to add fish to a marine tank

Patience is one of the best ways to succeed with marines, so the fish number must be built up slowly and steadily. Add nothing for the first week while the water clears, and leave the lights off during that time so you don’t get nuisance algae. Start with a pair of tank bred clownfish, add some marine filter bacteria, and see how they get on for the next couple of weeks. Monitor the ammonia and nitrite levels, feed a marine pellet sparingly, and gradually build up the stocks with the least aggressive, most hardy fish first and add the most aggressive, most sensitive last. It may take six months before a fish-only marine aquarium is fully mature so take your time.

Marine fish are prone to Whitespot just like tropical fish, albeit a different type of Whitespot. If you see any tiny white spots on the fish buy a Whitespot treatment and add it to the tank. A fish only marine tank owner has an advantage over a reef tank owner as strong, copper-based medications can be used in fish-only tanks, but cannot be used in reef tanks. This means that it should be easy to overcome Whitespot in a fish-only tank. But observe fish, quarantine if you can, and test the water regularly to try to keep fish disease at bay.