Which marine fish for best for new reefkeepers? 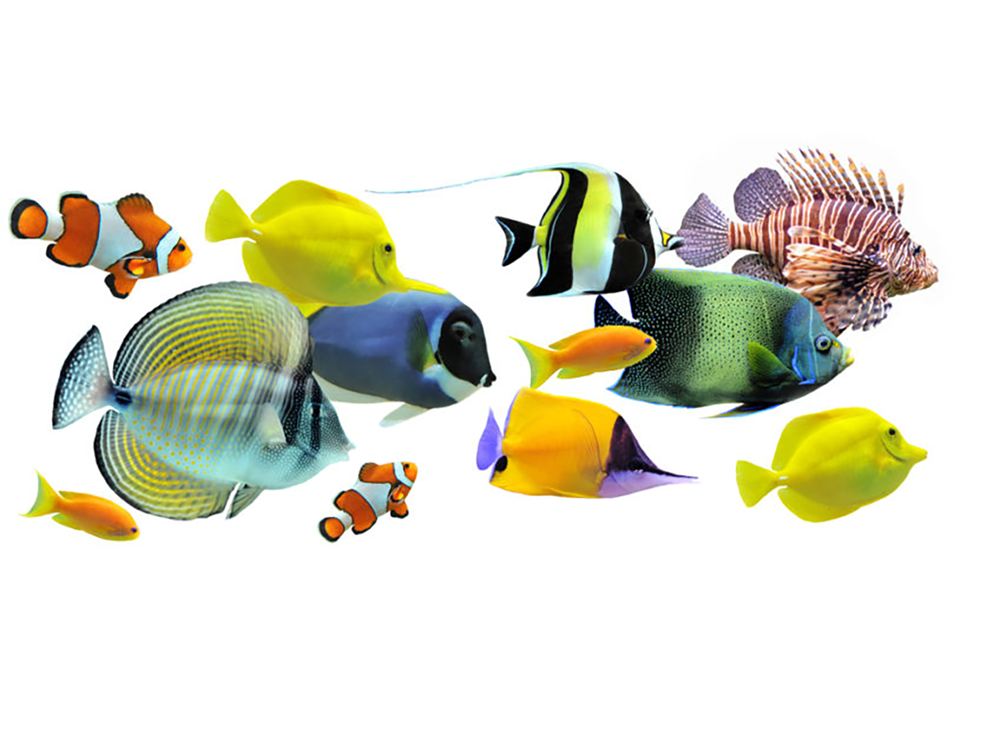 Choosing marine fish can be a minefield, with most of the desirable ones like puffers and butterflyfish being unsuitable for reef tanks. Here's the Swell UK Guide to the best marine fish to start your reef tank with.

The six-line wrasse stays small, is hardy but also performs a useful task in the reef aquarium, eating pests like flatworms. Every reef tank needs a wrasse to keep pest numbers down and six-line, also known as pyjama wrasses, are easy to keep widely available and good value. Two can be kept in larger tanks.

The Royal gramma is an instant crowd-pleaser with its yellow and magenta split body colouration. Its also a great reef fish being well behaved, straight forward to keep and suitable for both new and smaller marine aquariums. Grammas like overhangs and caves so use rockwork to provide shady areas that they can hang out in or next to during the day. Two can be kept in larger aquaria.

Clownfish need no introduction and are the most popular marine fish to be kept in aquariums. Famous for their anemone homes, most clownfish are captive bred these days and don’t need them. There are now lots of varieties to choose from and they are hardy and easy to keep. They may even pair off and lay eggs. Keep one pair per tank.

Individually, chromis don’t look very spectacular but as a group, and when kept with bright orange Anthias and a Yellow tang they look stunning. A shoaling species of damselfish they are 100% reef safe, peaceful and easy to keep, as long as you keep them in groups of five or more and feed them regularly. Best when kept in tanks of 90cm in length and longer.

There are several species of firefish and all are lovely and suitable for reef tanks. Indonesian firefish are the most common with a red back end and a white head and body, and they’re suitable either on their own in small tanks as kept as groups in larger ones. They like a hole to retreat to when they feel threatened and are disease resistant but may jump out so fit a cover net or lid.

Yellow tangs are slightly more sensitive than the other five but are massively popular because of their bright yellow colour and the fact that they spend all day grazing algae. They need tanks ideally 120cm long and longer but are easier to keep than most tangs, being less aggressive and territorial, and less susceptible to Whitespot. Keep just one per tank and include algae in their diet.