What is the best reef tank lighting? 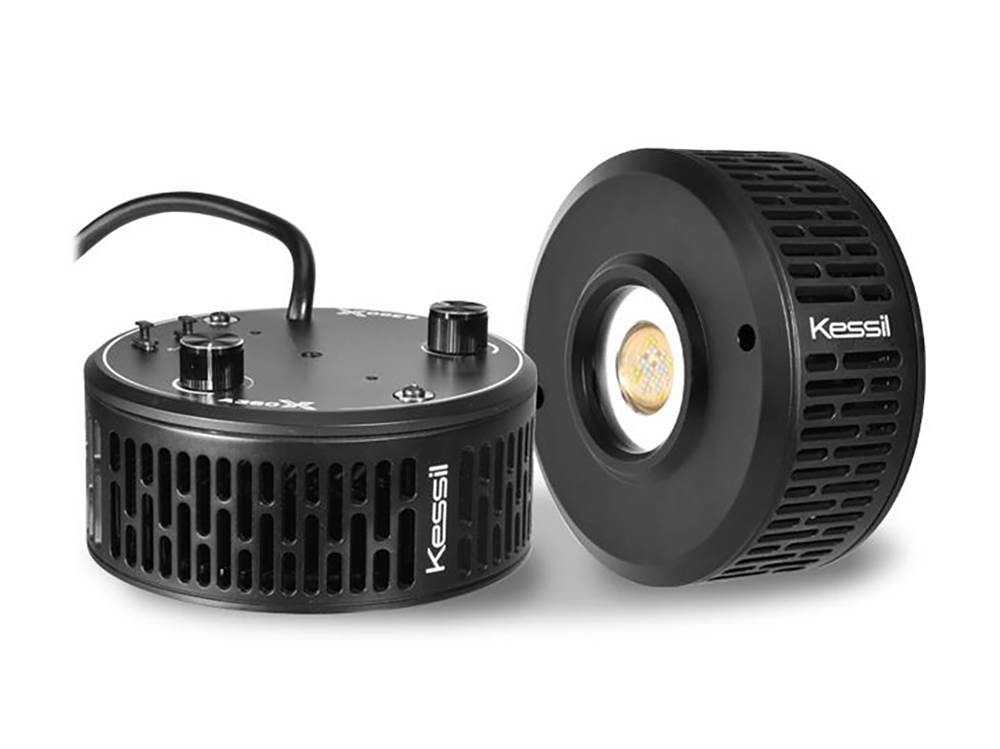 Because of all of the above attributes, it's the most popular type of lighting for reef tanks. It does differ in controllability, brightness and color spectrum depending on make and model though, and how it fits to the tank. And it's important to note that not all LED reef lighting is the same.

A Retrofit LED light unit can be a really useful aquarium light for the reefkeeper because it enables an LED upgrade to tanks supplied with fluorescent tubes and closed top hoods. Most come with fittings to enable a thin LED light tube to fit in the housings that the fluorescent tubes usually sit in, and some are length adjustable too.

They usually just have a simple on/off function and fixed spectrum, so the most popular option would be to retrofit one marine blue LED tube and one marine white LED tube, enabling the keeping of easy soft corals like Zoas and Mushrooms.

If the tank has space and facility to do so, fit two marine blue and two marine white but better coverage and increased brightness, and it should enable the keeping of most LPS corals too. Retrofit are often the best LED lights for converting freshwater tanks to marine, as they fit under the hood and replace the old lights. Not everyone likes open topped tanks, suspended lights or tank mounted aquarium lights so fit retrofit reef tank led and your vista and home decor will remain unaffected.

Light bars can also be retrofitted, or some come with mounting legs to stand on the rim of the tank. Remove tank lids or fit a lightbar to a rimless tank and they are easy to slide forwards and backwards for maintenance, and access.

Most light bars have simple on/off functionality although some have remote control and extra dimming functions to create a lighting schedule. Consider one marine blue and one marine white a minimum for most reef tanks, with two marine blue and marine white being brighter and better. Many LED light bars have a degree of waterproofing so will survive taking an accidental dip in the aquarium water.

High powered LED lighting is necessary for demanding SPS hard corals as they require very bright reef tank lights. LED light is focussed in a puck or matrix with lensing or reflectors to produce bright light intensity that can penetrate at depth.

A high powered modular lighting system is the most popular choice with reefkeepers as it's controllable and the user can adjust the color temperature from white to blue, and add extra colours to make the corals pop and the tank look pleasing to the eye.

A lot of high powered LEDs requires fan cooling so these lights aren’t for reef tanks with closed topped hoods and instead should be suspended above the tank on wires or with mounting arms. They’re not waterproof either so don’t drop them into the tank as it won’t be covered by a manufacturers warranty.

Individual modular light units enable you to start with one light on a small tank and then just add another if you go bigger. Many high end lights are Wi-Fi enabled and can be controlled together on a single phone app. It's the best LED lighting, and small, single puck designs are available for nano reef tanks.

Corals grow very well under multiple T5 lighting and T5 light tubes and light units are still available. Start with a minimum of one marine white and one marine blue with reflectors, but better still is two or more of each. Their lack of control and the need to replace bulbs has disadvantaged them against LED fixtures, but they can grow corals as well as any leading LED light fixture on the market.

T5s can be upgraded by adding additional LED lighting, and hybrid T5 LED units are very popular in America with many believing a mix provides the ultimate in spread, spectrum and intensity for the saltwater aquarium.

For many years Metal Halide lights were the only light source to achieve high-intensity lighting for coral growth in reef aquariums. High-Intensity Discharge lamps, metal halides are either 150, 250 or 400 watts per lamp, and are typically suspended in a large (non-waterproof,) light unit over the surface of the water.

Metal halide lamps were the only way to grow light demanding corals until multiple T5 fluorescent lighting launched. Fluorescent tubes can be used in combination with metal halide to even out spectrum and light spread. But due to the heat, (rising water temperatures,)power consumption, lack of control and poor eco-credentials Metal halide lamps are now hardly used and rarely bought for the saltwater aquarium.

How much light for a reef tank?

Coral reefs occur naturally in some of the sunniest places on earth, but the sun's light spectrum is changed when it travels through seawater. Sunlight can be regarded as full-spectrum, but as soon as it hits the water some of that spectrum is filtered out.

First to go from natural sunlight is the red spectrum, followed by orange, yellow and green. Violet is also filtered out eventually, but blue light penetrates deep and is the last light waves present before the deep oceans descend into darkness.

It’s blue light that corals need the most because they are adapted to photosynthesize in the abundance of blue light where they grow in the oceans. So to replicate that, reef tank lighting should have the right blue spectrum and the right brightness sweet spot to simulate light exposure on a coral reef in nature. Its what most of our aquatic life are adapted to.

Use a par meter to measure aquarium light levels

Low light corals like mushrooms and zoas can tolerate par levels as low as 50, but bright light loving sps corals like Acropora need par levels of 250 or above. Move the par meter around saltwater aquariums and you see the best positions to place corals, or if you need to upgrade your lighting to provide higher par levels than you currently have.

If you don’t have access to a par meter then most lighting manufacturers will offer advice on the typical coverage for their model, and for which corals.

A four foot by two foot reef tank may only need 2 x 50-watt energy efficient LED lights for low light corals, but it may need 2 x 90 watts for medium light and mixed reefs, and 2 x 180 watts for bright light tanks like sps dominant.

Where you place the LED fixture matters on a reef system too, as most produce a cone of light so the higher you mount the light, the wider the spread, but the dimmer it will be overall. Place the light nearer to the surface of the water and the higher the par reading will be, but the narrower the beam. Wide-angle dispersion lenses spread light, whereas reflectors and narrow lenses can be used to focus it.

For even light intensities, multiple modular LED fixtures can be used, and if you buy the same brand, they can all be controlled via one app and work in sync with each other.

And if you still need to guess how many watts of high-powered reef-spec led light you need, here are some pointers, based on a mixed reef tank.

Note recommended aquarium LED light wattage should be adjusted up or down depending on if the reef tank is populated with low light, medium light or high light requirement corals, and coral species. All aquarium lights should also be part of a reef tank lighting schedule.

The above reef light wattage calculations can also be made up of linear LED strips.