Which tropical fish can I keep in hard water?

Categories: AquariumsFish
Much of the UK has hard water, especially the South East, but hard water doesn’t have to be a barrier to keeping tropical fish, as there are still loads to choose from. 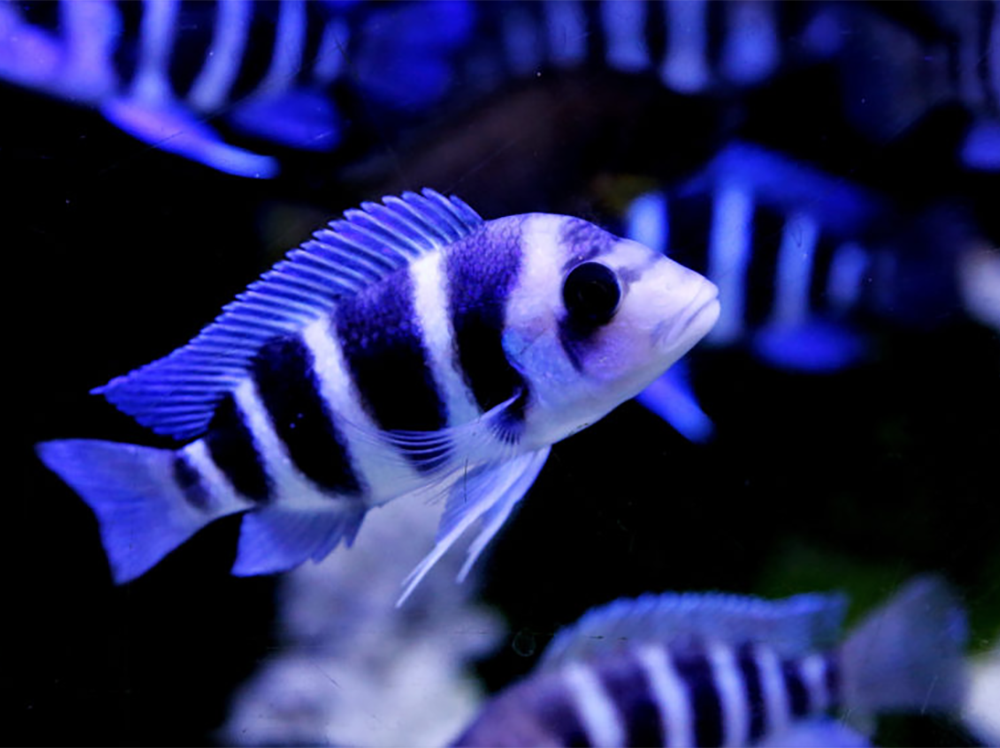 Much of the UK has hard water, especially the South East, and a key indicator is limescale build up inside a kettle. But hard water doesn’t have to be a barrier to keeping tropical fish, as there are still loads to choose from.

Famous for their love of hard, alkaline water, cichlids from Lakes Malawi and Tanganyika in East Africa love water with a pH of 8 or over, and actually need hard water to be healthy long term. Choose either the bright blues and yellows, and crazy, crowded tanks of cichlids from Lake Malawi or the intelligence and behaviour of Tanganyikans, but do keep them separate from general community fish and ideally, even in separate tanks from each other. Use bright limestone rocks like Ocean Rock and even coral sand to create a marine effect in freshwater.

Central Americans inhabit limestone cenotes, lakes and rivers, so also appreciate hardwater in their aquariums. Some of the longest standing aquarium cichlids like Firemouths, Jack Dempseys and Convicts are all Central American and all like hard water. They make ferocious parents too!

Many livebearing species also come from Central America so Guppies, Platies, Swordtails and Mollies all do well in hard water. Mollies even appreciate salt in their water and can suffer if kept in soft freshwater with a low pH.

Rainbowfish take a while to achieve their best colours but the Melanotaenia and Glossolepis species also do well in hard water. When coloured up, Melanotaenia boesemanni is one of the most colourful fish in the world, being half bright blue and half-bright yellow. Recommended.

Many temperate fish are so hardy that they don’t mind what the water hardness is like. Danios do well in hard water and goldfish do too. The Florida Flagfish is a lovely temperate fish which appreciates hard, unheated water. The Redtail Splitfin, Xenotoca eiseni is another temperate, hard water fish which is also a livebearer.

Hundreds of widely available fish species will also be happy now in hard water, due to generations of captive breeding. A classic example is the Angelfish, which naturally occurs in the soft waters of the Amazon basin. There pH rarely rises above six, but tank bred fish in aquariums will be happy in a pH right up to 8.5. The same can be said for many species including most tetras, barbs, gouramies.

If they are long term domesticated you won’t notice any ill effects in a lot of species. Even German-bred Discus, famous for their love of soft water in the wild, will now be happy in higher pH and hardness levels. Just check with the supplier first.

Want to know the pH and hardness of your water? Get a test kit available here.