How much powerhead flow do I need in a reef tank?

Categories: ReefkeepingEquipment
It is said that although some corals survive without light, no corals can survive without flow. Water flow brings corals their food and washes away their waste. 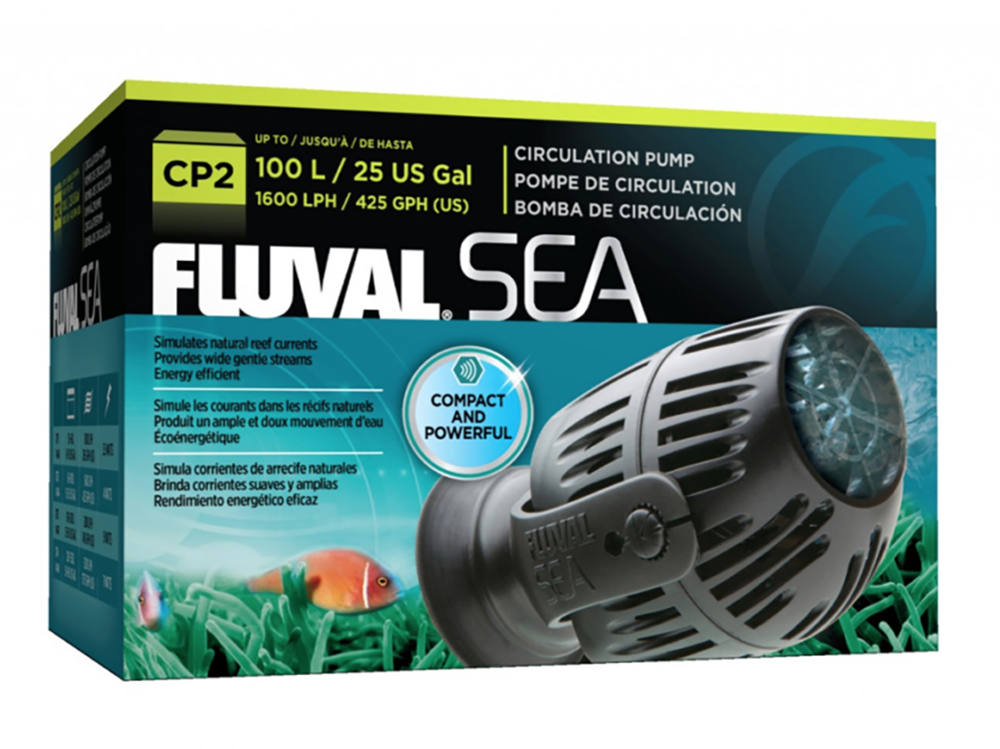 Water flow brings corals their food and washes away their waste. They also use currents to reproduce, releasing eggs and sperm into the water column which travel around before settling and finding a permanent home. So flow is one of the fundamentals of a healthy reef aquarium.

What is the difference between aquarium return pumps and flow pumps?

A reef aquarium receives flow in two ways, from the return pump and from flow pumps. Return pumps are what powers the filtration system, and are typically one pump sat in the filter section at the back or in the sump underneath.

Although some have adjustable flow patterns, most run at a constant speed and flow back into the tank via an outlet pipe or nozzle. The rating of the return pump will typically be stated on it, like 2000lph for example. But that will be its maximum output so if it’s underneath the tank it has to pump the water up out of the sump and maximum flow will be reduced in something called head loss.

Flow pumps are additional pumps that are placed in the main display to increase circulation. Also known as wave making pumps, flow pumps have wide outlets and high outputs, typically 5000lph or more, and are specifically designed to move lots of water and create broad currents for corals.

Can I get a controllable aquarium flow pump?

Many flow pumps have adjustable and even controllable flow, so not only can the flow rate be turned up or down via a controller, but it can also be made to pulse, alternate with another of its kind on the opposite side of the tank or even create random flow patterns and waves, hence the name wavemakers.

By having flow pumps and a return pump, the return pump can be set to the best speed for filtration while the wave-making pumps can do dedicated, separate flow for corals.

To find out how much flow you need, first, you need to know the volume of the aquarium, like 250 litres for example. If it’s being powered by a 2500lph return pump then the water in the tank is being turned over 10 times per hour.

The amount of decor you have in the reef tank, and how its placed, will negatively affect flow. In a bare tank, flow circulates around the tank, only bumping into the tank sides and the weir, but when you place rocks in the tank they act as flow barriers.

Place corals on top of the rocks and they also block the flow, acting as windbreaks, so many reefkeepers find themselves having to purchase more flow pumps as their tanks become more and more heavily populated with corals.

To lessen the need to buy twice, purchase a controllable flow pump with a maximum flow that is bigger than you need. This way you can start the pump at say 40% output and as the tank becomes more cluttered, flow can be increased.

Can you get tiny flow pumps for nano tanks?

Yes, flow is just as important to corals in nano reefs, and there is a variety of tiny flow pumps to choose from. AC pumps are cheaper and reliable but only offer one flow pattern. DC pumps come with controllers to enable all the flow settings of larger, more sophisticated reefs.

Can you get a wave pump with App control?

Yes, some high-end, controllable flow pumps also come with App control from mobile devices. It’s a nice feature to have and depending on the brand, lighting may also be controllable via the same app.

What is the best powerhead for a reef tank?

Traditionally, powerheads were used to move water around the tank. An aquarium powerhead is a submersible pump, aimed originally at fitting to the top of an undergravel filter and increasing the water flow through it by pumping more water than a standard air-powered uplift.

Powerheads were essential to early saltwater tanks and many tanks had multiple powerheads, all pointing and pumping in different directions in order to move the water like something resembling a natural reef.

There were issues though. Most powerheads delivered around 1000lph - a lot for an undergravel filter bed but not much in the greater scheme of things when trying to replicate a natural reef. So use lots of powerheads, like six for example to pump 6000lph, and you not only need six powerpoints, you also have six unsightly pumps in the main display tank and the heat generated by six pumps would cause your tank to overheat.

The other issue with powerheads is that they have quite a narrow outlet, causing a thin jet of high-velocity water, and the inlet is also narrow causing high-velocity suction, and frequently causing fish, inverts and anemones to get stuck to them, often proving fatal. Enter wave pumps…

What are Propellor pumps?

Wavepumps took the same magnet driven circulation pump bodies but altered the impeller to look and work more like a propellor, and cut the narrow spout outlets off, enabling much more water volume to be moved at any one time, with much broader, lower velocity flow that corals prefer.

Now just one wave pump can replace six, ten or even 15 powerheads, producing less heat but using just one socket and moving just as much water. As we learned more about captive coral husbandry total tank water turnover increased from 10 times per hour to 20, 50 or even 100 times per hour in some tanks. This wouldn’t be possible with a standard aquarium powerhead.

The other thing that some wave pumps enable is greater control. A standard powerhead is powered by AC with just on or off being the only possible control method or using a plastic flow restrictor, yet still using full power at the wall.

Most wave pumps are now DC, meaning that their flow rate can be turned up or down by controlling how much power goes to the driver. Turn a DC wave pump’s flow down and it will use less electricity. Turn it on and off in quick succession and it can pulse, producing waves and more natural flow cycles.

Use a wave pump with app control and virtually anything is possible like when it comes on or off, ramping up and down, short pulses, long pulses and even storm effects, whipping up strong currents in the aquarium to lift detritus up off the bottom of reef tanks.

Modern, controllable wave pumps (also known as wave makers,) offer water movement in abundance while enabling the owner to harness that power and flow pattern how they see fit to suit the needs of their corals.

Which aquarium wave pump is right for me?

The best wave pumps come with magnet fittings to clamp them to the side of the tank, versus rubber suckers which may lose their suction over time. Aim for at least twenty times total tank volume to get started, so that means a wave pump producing 1000lph for a 50-litre nano reef, 5000lph for a 250-litre mid-sized reef and 10000lph for a 500-litre reef tank.

For mid and large-sized marine tanks you could split that flow recommendation into two pumps, with one at each end, as many high-end wave pumps can work together in a controllable master and slave mode, and in sync or anti sync, producing desirable push and pull water flow across the tank. So use 2 x 2500lph for 250litres, and 2 x 5000lph for 500 litre tanks etc.

As corals grow, more water flow is deflected and dissipated, so extra pumps can be added over time. Or buy an oversized pump, first of all, running it on say 50% output, then turn it up as corals grow and spread to keep water movement strong throughout the tank.

So the best submersible pump for a reef tank is a DC controllable, magnet mounting wave pump that turns over your tank’s total volume at least 20 times per hour.