How to reduce nitrates in a marine tank

Categories: AquariumsReefkeepingWater Quality
High nitrates can be one of the biggest causes of algae in marine tanks, but there's plenty of ways to reduce them. Read our helpful guide to find out how. 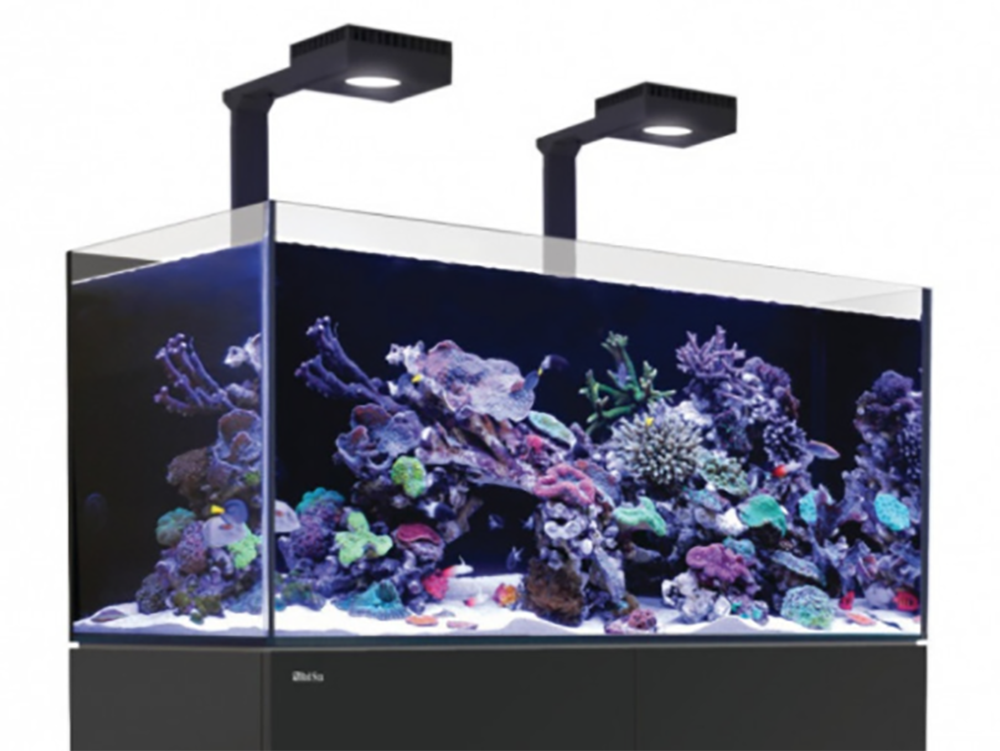 Ammonia (NH3) is converted by nitrifying bacteria first into nitrite (NO2) then into nitrate (NO3). Fish produce ammonia constantly and if the tank is mature, beneficial bacteria constantly convert ammonia into nitrate, which then builds up over time.

The nitrate level in the ocean is about 0.42mg/l which is very low to negligible. In a badly run saltwater aquarium, nitrate levels may reach 100mg/l so marine fish and invertebrates haven’t evolved to tolerate levels anything near that. High nitrates may shock newly introduced livestock, reduce invertebrate growth and fuel nuisance algae growth. It can also cause the colourful symbiotic algae inside coral tissue to flush brown, and nobody wants a reef tank with brown corals and an algae problem. The good news is that there are several ways to reduce it.

Marine salt is nitrate and phosphate-free so mix up some saltwater, siphon old water out of the tank, discard, and replace with new. A series of large water changes or lots of small, regular water changes should bring the nitrate level right down in saltwater aquariums.

Use a protein skimmer to help lower nitrate

Part of a protein molecule is ammonia, so by removing proteins you should also be removing some ammonia from the system which then goes on to be converted into nitrate. Clean your skimmer and adjust it so that it’s producing at least a cup full of stinky, liquid waste per week. Bigger is better with protein skimmers so if you want maximum protein removal treat yourself to a bigger model.

If you use filter socks, clean and replace then regularly, as you don’t want the physical waste they trap to break down in the sock and increase nitrate. If using filter floss or filter wool, throw away and replace more regularly, or invest in a Clarisea which automatically traps waste and removes it from the system. Vacuum the coral sand and remove as much detritus as you can from the system.

Fit an algae refugium in your reef tanks sump

Nitrate is an algae fertilizer, so you can use some useful algae like Cheatomorpha spaghetti algae to soak up all that nitrate and use it as a food source. Get a sump light and grow algae there or use an algae reactor, which is specially designed to house and grow Chaeto. As the algae mass grows you remove a portion, permanently removing those locked nitrates from the system. Any way to physically remove nitrate or phosphate from the system is called Nutrient Export.

You can use chemical media to physically soak up nitrate, or specially designed biological media which may convert nitrate one step further into Nitrogen gas. Bio Pellets can be employed in a pellet reactor to work with bacteria to further convert Nitrate, and they are very effective at reducing nitrate, often right down to zero.

Run your reef tank on a probiotic method

The use of bacteria to convert nitrate is known as Probiotic in the reefing industry. Special strains of nitrate consuming bacteria can be added along with a secondary food source to consume both nitrate and phosphate. Some products can be used on their own where others have separate food and bacteria. Probiotics can be very effective at reducing nitrate and often take it right down to zero. The use of a protein skimmer is often advised to maintain oxygen levels and help remove old biofilms from the system. Carbon dosing is linked to probiotics and nitrate reduction as "carbon," is the secondary food source that facilitate anaerobic bacteria growth. Carbon dosing can be in liquid or bio pellet form.

Feed less fish food, have less fish in the aquarium

The amount of nitrate being produced is directly related to the ammonia being produced in the first place. Uncontrollable nitrate levels could be down to too many fish in the tank and overfeeding. Reduce the fish numbers, feed sparingly and with one or all of the methods suggested above, nitrate will come down.