How to treat Ich in a reef tank

Categories: AquariumsReefkeepingFish Health
Ich is an abbreviation of the word Ichthyophthirius multifiliis, the scientific name for Whitespot, something most fishkeepers experience at some point. 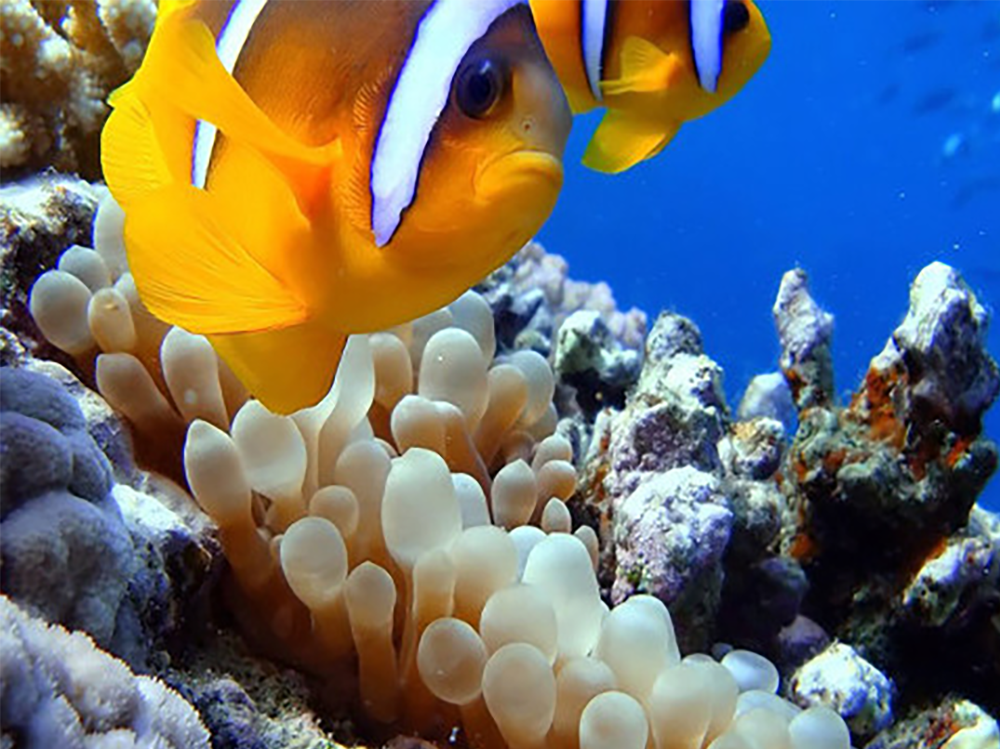 Ich is an abbreviation of the word Ichthyophthirius multifiliis, the scientific name for Whitespot. Strictly speaking, Whitespot is a freshwater only disease, and the Whitespot we see on fish in marine tanks is caused by a parasite called Cryptocaryon irritans, not Ichthyophthirius, but the symptoms look similar so the name has stuck.

Manufacturers have spent years developing coral and invert safe marine Whitespot treatments and some are available, but a combination of factors, and some luck, are often necessary to beat the disease in an established reef tank.

The best advice when purchasing any new fish, freshwater or marine, aquarium or pond, is to quarantine it. Whitespot often appears on newly purchased fish as they may have been exposed to or carrying the Whitespot parasite when they were bought, but in the early stages, and not showing signs of the White spot cysts. The parasite can’t be seen with the naked eye, (the fish’s body actually forms the White spot over the parasite,) and like many diseases in fish and humans, it’s often brought on by stress.

By placing newly purchased fish into a quarantine tank they can be observed over the next two weeks to see if any diseases manifest themselves. It’s also a good time to get them feeding and rested. If Whitespot or other diseases do manifest themselves you can use full strength marine Whitepot treatments that aren’t coral safe, like Copper, to treat the disease and kill it dead.

Copper is an effective parasite treatment in saltwater. Although some invertebrates need tiny amounts of copper, larger amounts are deadly, so its been used for decades to effectively treat marine parasites. To treat with copper you’ll need a copper-based marine treatment like Seachem Cupramine and a Copper test kit, to make sure that the treatment is being used at the correct strength through the course.

Copper can be used in saltwater tanks which don’t contain corals or invertebrates, like Fish Only marine tanks, and quarantine tanks, but must never be used on reef tanks. Some retailers use copper in their fish systems to keep parasites at bay. When you purchase any marine fish for your reef tank, ask if there is copper in the water as if there is, the bag water should not be poured into your reef tank.

Ultra Violet sterilisation can be effective on Whitespot parasites when they are at the free-swimming stage so the theory is that if you fit a UV to your aquarium it may help to stop transmission. UV isn’t effective on fish that already have the parasite in their skin however and can only kill and disrupt parasites that are in the water and pumped through the unit.

To be effective on Whitespot water needs to be pumped slowly through a UV, as slow as 150lph for a 55-watt tube, and most aquarium UV’s are lower energy and much higher flow rate than that. But it’s worth fitting a UV on aquariums with fish species which are prone to Whitespot like Powder blue tangs as every little helps, and prevention is better than cure.

Hyposalinity is the term for running a saltwater tank at a lower salinity than you would find in the ocean. You can’t do it in reef tanks but in fish only and quarantine tanks, salinity can be dropped from 1.025 to 1.020 or lower, with the fish being fine but parasites finding it very hard to survive. Fish shops and suppliers may also run hyposalinity on their fish systems, in combination with UV and copper.

Garlic is a worthwhile immunostimulant and it is said to help fish to fight off parasitic infection. Garlic is added to many marine foods from frozen foods to dry foods or is available as a supplement.

If you find Whitespot on a fish in your established reef tank then you need to treat the whole tank with a reef safe Whitespot treatment and hope for the best. Use as directed, remove carbon which will absorb treatments, and turn off UVs as the light will degrade and break treatments down. Feed foods with Garlic in and observe the fish for any signs of improvement.

If you highly value your fish collection and if it’s possible to do so, catch all the fish and move them into a mature quarantine tank that doesn’t have any invertebrates, and treat them all with a copper-based treatment.

Lifestages can live for weeks without a host, so try to run the reef tank without any fish for as long as possible while also treating and beating the disease in the quarantine tank, and quarantining the fish collection fore as long as possible before reintroducing them. In light of a Whitespot outbreak in the main tank, don’t introduce any new fish for weeks or months.