How to treat White spot disease in fish

Categories: AquariumsFish Health
Whitespot is one of the easiest fish diseases to diagnose as just like its common name, it manifests itself as tiny white spots all over the fish. 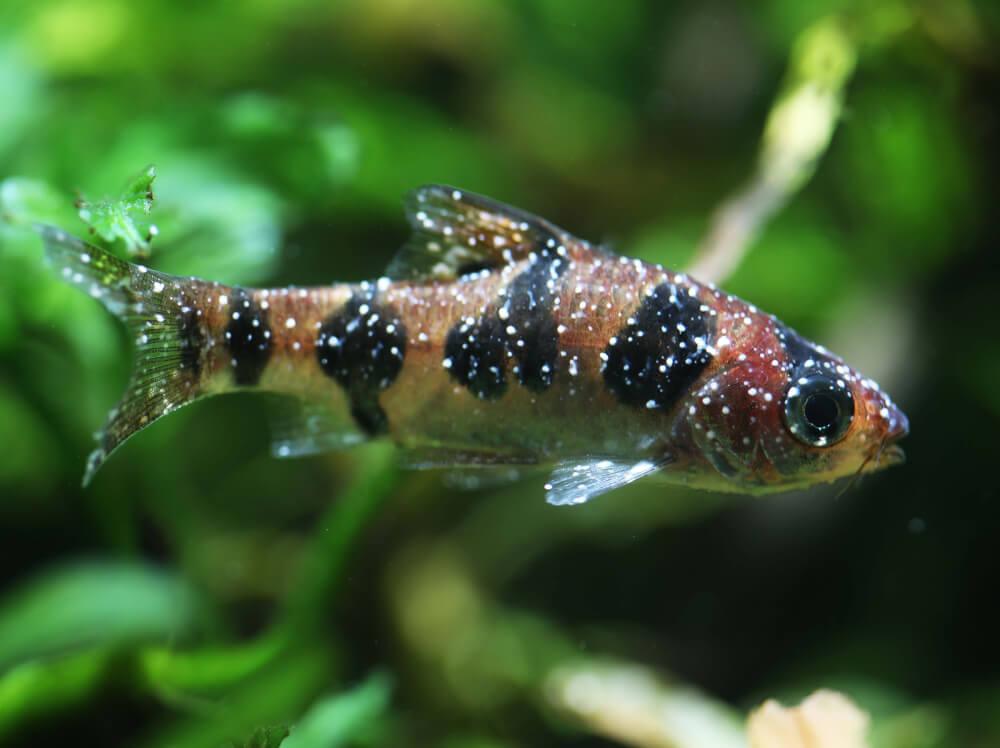 Whitespot is one of the easiest aquarium fish diseases to diagnose as just like its common name, it manifests itself as tiny white spots all over the fish.

It’s most common in tropical fish although goldfish can also contract it, and Whitespot in marine fish is actually caused by a different parasite.

Any tropical freshwater fish can get Whitespot at any time, although some species like Clown Loach are particularly susceptible to it, hence pictures of Clown Loach are often displayed on Whitespot treatment bottles.

In the main, Whitespot is stress-related, so newly purchased or imported fish often catch it, or those that have been exposed to water that is too cold, or poor water quality caused by ammonia and nitrite. They have a weakened immune system. So the first thing to do if you see Whitespot is to check the water temperature, followed by tests for ammonia, nitrite, pH and nitrate. It can also be a secondary infection.

Next, add a Whitespot treatment and treat the whole tank. The earlier you catch and treat it, the more effective the treatment will be, and hopefully you won’t lose any fish to the protozoan parasite. Whitespot usually starts on the fins so any small, sugar sized spots and you should treat as soon as you see it.

Remove any carbon as this soaks up and removes medications, and turn off the UV steriliser if you have one. UV sterilization can itself be effective at preventing Whitespot from travelling from tank to tank, but you need lots of powerful UV and very slow flow for it to be effective and many freshwater aquarium UV owners still get the disease. Increase the water temperature to 28C as this speeds up the life cycle.

Heat the water to beat the Whitespot

Increase it to 30C if you have fish species like Discus which can tolerate such high temperatures, but be aware that warm water holds less oxygen and Whitespot can affect gill function, so an airstone run 24 hours per day is advised when any fish becomes sick, and it will help your fight against Whitespot.

Calculate the maximum volume of the aquarium (length x width x height,) in cm then divide by 1000 to give you its volume in litres. Don’t overdose the fish tank but do be aware that some Whitespot treatments are a coarse of treatment to be administered as directed over several days. Store all fish medications in a safe place and away from children and animals.