How to properly take care of Siamese fighting fish 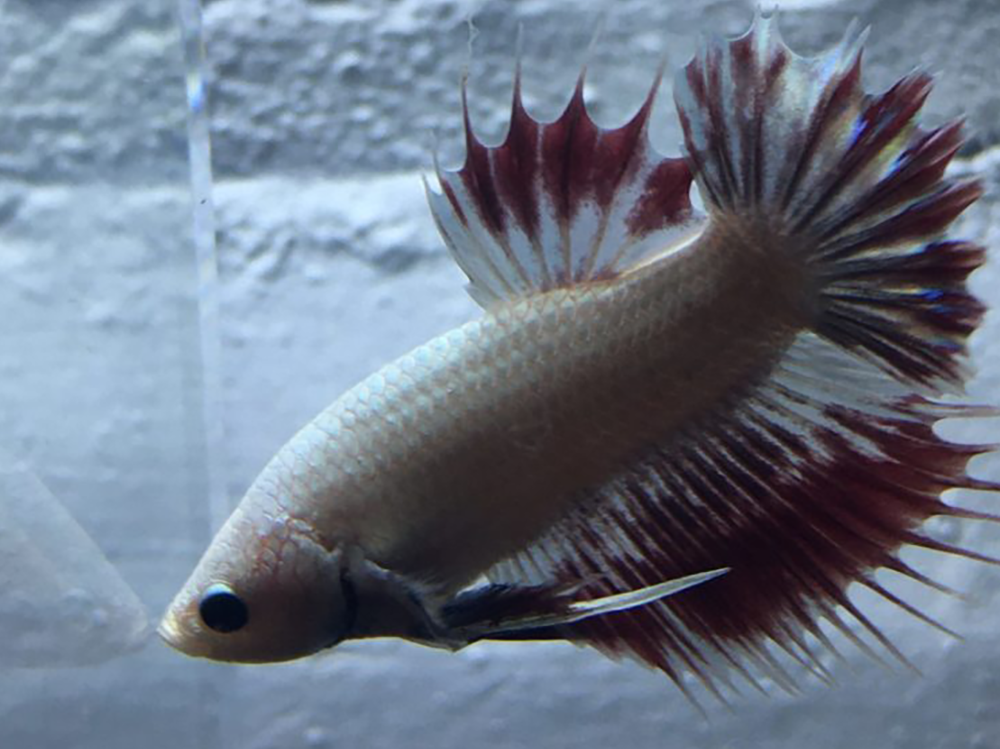 Their two common names originate from the intolerance male fish have for each other, instantly causing fighting if placed in the same tank, and an abbreviation of their scientific name, Betta splendens. “Betta” means warrior, and the “splendens” part of their name means bright, illustrious or glittering in Latin, in reference to the bright colours and long showy fins of aquarium strains.

They are hugely popular ornamental fish around the world and instantly recognizable, although also mistakenly referred to as Japanese fighting fish by non-fishkeepers, which is incorrect.

Wild bettas naturally inhabit shallow water in tropical marshlands but can now also be found in man-made ponds and ditches, rice paddies and irrigation canals. Their natural waters are often choked up with aquatic plants that may cover 100% of the water body.

Dense vegetation keeps the males apart and out of sight of each other and special breathing equipment called the labyrinth organ enables them to breathe atmospheric air through the surface when the waters they are swimming in are stagnant and devoid of oxygen. This gives them an evolutionary advantage as it means that they can feed and breed in waters that other families of fish may not survive in.

Before you buy a Siamese Fighting Fish

Although readily available there are several important factors that should be taken into consideration before buying a Siamese fighter. They are not community fish. Male fish will attack each other and may even fight to the death, so two male betta should never be placed in the same aquarium. Male fighters may also attack other colourful, long-finned tropical fish that they mistake for rival males, like male guppies, so beware.

Those long flowing fins may also prove tempting to other fish in the tank, nipping the fins of male siamese fighters, and mistaking them for food. So the attacker may also become the victim, and mixing male Siamese fighting fish with any other fish is often far from straightforward.

Female fighters are short-finned, better behaved, and can be mixed with each other as well as other peaceful community fish. Mixing males and females is again not straightforward however as males will want to breed with the females but if the females aren’t mature, full of eggs and ready to spawn, they will be chased and harassed. The best place for male Siamese fighting fish is in a dedicated tank of their own.

All male siamese fighting fish are raised in tiny jars or bottles in fish farms in Asia. The jars are bare, not filtered or aerated and the fish only receive food and frequent water changes. In the hot countries they are bred in they need no heating and water temperatures may top 30 Celsius. Some aquarists choose to keep their male fighters in a similar way in their homes, in small, unheated, unfiltered tanks, and if they build up a collection or keep them in a dedicated rack it's known as a Betta barracks.

Not everyone agrees with this practice however and the best for the fish in terms of welfare and environmental enrichment is its own heavily planted tropical aquarium. It can be small, at 19 litres upwards, be brightly lit to encourage plant growth, but it must have gentle filtration as male fish will tire when swimming against any water flow. Heavy planting will help to deflect filter flow from a small internal power filter or use a small air-powered sponge filter, and an airpump.

Choose a small heater which can be adjusted to high temperatures and monitor temperature using a thermometer. 24-28C is perfect.

Starting at the bottom, use a substrate of soft inert sand or soil to encourage plant growth, with small wood pieces and leaves. Indian Almond Leaves, also known as Catappa leaves, are used by breeders to stain and soften the water for Siamese fighters and they also believe they have antibacterial properties and are positive for the fish’s skin.

Plant heavily and utilise surface vegetation which the fish will use to rest and breed in. Consider a good liquid fertiliser and CO2 injection to get the best out of your plants.

What to feed a Siamese fighting fish

In the wild, Siamese fighters eat aquatic invertebrates and insect larvae. In captivity, they will eat flake, small, floating granules, and frozen bloodworm, daphnia, brine shrimp and mosquito larvae. One lone fish will only need tiny amounts of food at one time so don’t overfeed and remove any uneaten food which sinks to the bottom.

Male bettas create bubble nests to breed - floating rafts of sticky bubbles which anchor to plants at the surface. They entice female bettas over and embrace under the nest, releasing eggs into it before chasing the female away and the eggs are tended by the male.

Bubble nests are an adaptation to low oxygen in their natural waters, but one important factor is the need for warm, moist air above the nest for when the fry first develop their labyrinth organs and take their first breath. The fry are incredibly tiny so should be fed on Infusoria or special fry food for egg layers. As the young mature, males must be singled out and separated.