Don’t want a heater? Set up a tank for temperate fish

Categories: AquariumsFish
Think of an unheated, coldwater aquarium and you may be forgiven for thinking that your fish choice is limited to goldfish. 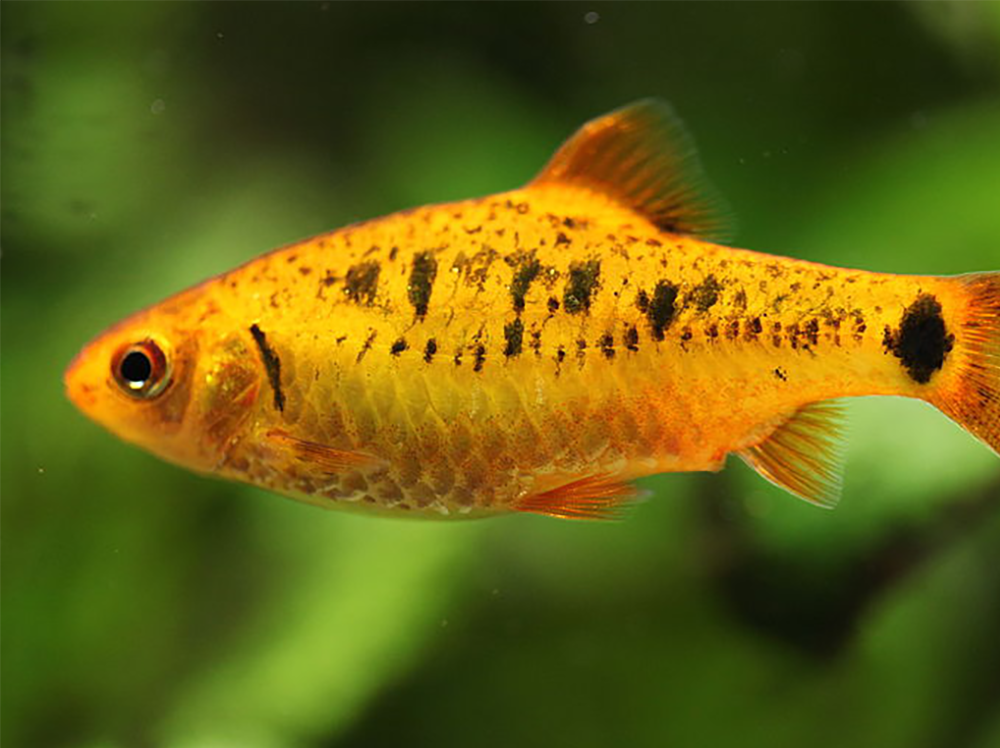 Think of an unheated, coldwater aquarium and you may be forgiven for thinking that your fish choice is limited to goldfish.

But there are dozens of readily available tropical freshwater fish that actually prefer their tanks on the cooler side and are better suited to our small modern tanks and lifestyles. You don’t need a heater for them, and you will have a tropical-looking aquarium. You will also save money versus a heated aquarium of the same size.

The trouble with goldfish in aquariums

As lovely as they are, all goldfish grow big - really big - to over a foot in length and several pounds in weight, so need very large tanks long term or better still, an outside pond. Then if you look at fancy goldfish varieties like Black moors, Orandas, Ranchu, Ryukin, and Fantails, that selective breeding to produce short, fat bodies and twin tails has left them weakened swimmers with lots of health problems.

So goldfish aren’t even that easy to keep anymore. Stick one in an unfiltered bowl and it's likely to last just days. Put some in a filtered aquarium and if they don’t get swimbladder problems, they will outgrow the tank in six months. Goldfish are classed by many as cold water fish for a coldwater tank, but their preferred temperature range and common indoor temperatures properly classify them like the fish below as temperate fish.

Set up a temperate fish tank

But set up a small to medium-sized, filtered aquarium, stock it with a community of temperate fish and you will get colour and movement, ease of keeping, a high number of fish per tank volume and you don’t get the hassle or expense of having a heater or a tropical water temperature. Not everyone wants a heater, especially in children’s bedrooms, and by not running one, you also greatly reduce the amount of electricity that the tank uses. It’s win-win!

Temperate is the term given to aquarium fish that can withstand temperatures between about 15C and 25C. The average indoor household temperature is 18-22C year-round, sometimes warmer, so that’s perfect for a whole variety of temperate species and they are readily available from your local fish store.

White Cloud Mountain minnows are known for their cool water preference so they are a definite for the temperate aquarium and also come in golden and long-finned forms. A group of six takes up very little tank space and they may even breed. They are suitable for small tanks too.

Zebra danios are a tropical fish tank staple but they actually prefer cooler water too and do really well in temperate tanks. They are super hardy and recommended as the first fish to be added to most aquariums. If you crave colour opt for the golden forms or even add other temperate Danio species like Glowlight danios, which are lovely fish. They too suit small tanks and are easy to keep and breed.

For bright colours and baby-making potential add some Variatus platies. These look very similar to tropical platies and are available in many colours but are a slightly different species that like cooler water and unheated tanks. They give birth to live young which is great for anyone who wants to breed fish for the first time.

Rosy barbs are another tropical aquarium staple that does really well in unheated indoor aquariums. Males become more Rosy-coloured as they mature and there are several colour variants. A much better alternative to goldfish and so hardy and easy to keep.

There are temperate catfish too, the best one being the Peppered corydoras. These bottom scavengers enjoy temperatures down to 18 Celsius and provide movement and activity at the bottom of the tank. If the tank is large you can add Weather loaches, or if you set it up like a cool, fast-flowing stream, Hillstream loach from Asia will be well suited, shying away and not thriving in warmer, tropical tanks.

How to set up a temperate tank

Temperate tanks are easy and inexpensive to set up. You’ll need a tank, cabinet, light and filter, then some gravel and decoration. If you want to add live plants any tropical plants are suitable for unheated tanks, and plain gravel, rocks, wood and plants will give your tank a tropical aquarium look. An aquarium background will make the fish feel more secure and highlight their bright colours.

Wash the gravel, fill with tap water, use tap safe and plug in the filter. Leave for 24 hours, add filter maturation fluid and its literally ready for a few Zebra danios. Test the water, add bacteria and change water as required, and fully stock over the next 6-8 week period, water quality permitting. All temperate fish species are fine to be fed on tropical fish food diets.

Use a small internal power filter, LED lighting and the tank will be very economical to run, or if you give in to pester power and want Neon tetras and Guppies, you can add a small heater, raise the temperate to 24C and your existing mix of fish will be ok with that too.

All available live aquarium plants can be kept, and will grow, in temperate aquariums. Live plants benefit fish and aquariums by slowly filtering the water, using nutrients as fertilisers and producing oxygen in the daytime as they photosynthesize. Just as with tropical aquariums however, live plants grow the best and receive the most benefit in aquariums set up especially for them, with a nutritious substrate in which to put down roots, liquid fertiliser in the water, plant specific aquarium lighting, and carbon dioxide injection.

If you've chosen temperate and subtropical fish to save money in running costs, opt for low light loving plants like Java fern and Anubias, or leave out live plants altogether.

Because they are basically cool-tolerant tropical fish species, temperate and subtropical fish should be fed flake food, granules and sinking foods suitable for tropical fish. Many frozen and live foods will be eaten with relish including Bloodworm, Brine Shrimp (Artemia,) Daphnia and Mosquito larvae. But if you have a tub of coldwater fish flakes they will readily eat them.