What to feed corals in a reef tank

Categories: AquariumsReefkeeping
One of the greatest advances in reefkeeping in the last few years has been in nutrition. What does this mean for our corals? 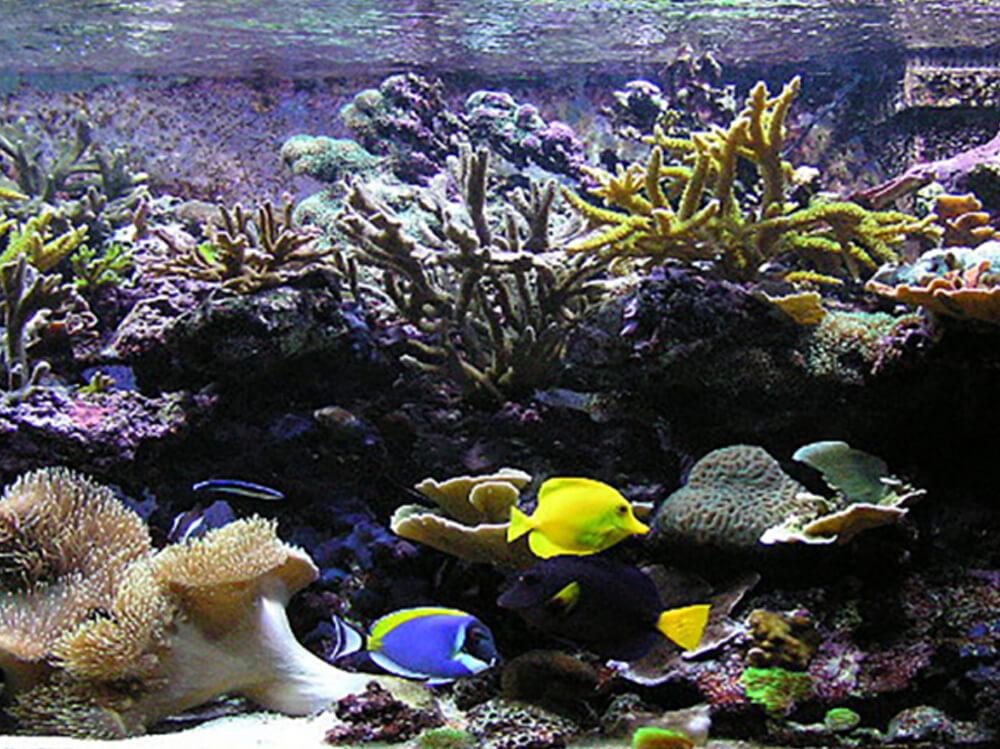 One of the greatest advances in reefkeeping in the last few years has been in nutrition. Photosynthetic corals get nutrition in two ways - via their symbiotic relationship with photosynthetic zooxanthellae algae during the day time, and via their polyps at night time. And its advances in feeding the actual coral polyps, along with improvements in lighting, which has meant that corals can now feed both ways in captivity like they do in the wild. And that means much healthier corals with better growth and colour.

But corals vary in the size and type of foods that they can eat. In the middle of every coral polyp is a mouth, sometimes large and singular like for Scolymia or tiny and numerous like on the large flat disk of a Toadstool leather coral, or a branching Acropora staghorn coral. Food particle size matters to corals and those with the tiniest polyps need tiny foods and those with large polyps need large foods.

Coral foods can be split into three main types. Bacteria, Phytoplankton and Zooplankton. Probiotic bacteria represent specialist coral foods for hard to keep sps corals like Acropora. The corals either feed on the bacteria or the bacteria initiates a feeding reaction from the corals and they extend their polyps.

Then there is Phytoplankton, which looks like marine green water. Corals with tiny polyps, like sps and soft corals appreciate Phytoplankton and it can also feed other tiny invertebrates like Copepods which go on to feed larger polyp corals and fish.

Zooplankton is the name for any coral food which is animal, like Copepods, Calanus, Mysis and Krill. Zooplankton is often referred to as the engine of the ocean, is more numerous in the seas than the entire mass of living people on earth, and in the case of krill, it even feeds the world’s largest sea creature, the Blue whale.

Zooplankton itself feeds on Phytoplankton in nature, and Phytoplankton is fuelled by sunlight and nutrients like fish, coral and whale poo, so the whole thing becomes one wonderful cycle of life.

What to feed your corals

Large polyp stony corals will also eat dry foods, however, and can be fed sinking marine fish pellets or pellets specially developed for lps corals. Pellets can offer all the nutrition but none of the mess that’s associated with frozen or liquid foods. They can be placed into an automatic feeder too.

When and how to feed corals

One of the best things about feeding corals is their feeding response. Put food near to them and many lps corals will put out feeding tentacles that you don’t usually see during the day. Ideally, turn the pumps off and drop the food over the corals so that it falls onto the coral itself. Then you should see tentacles come out and move the food towards the mouth before it closes up over it. If you can’t reach the coral you can target feed with a coral feeding pipette. Feeding should take 10-20 minutes by which time you can turn the pumps back on. Corals can be fed daily just like you would feed your fish.

Those feeding tentacles are vulnerable to being nipped at by fish like butterflies in the wild so usually, corals only release them at night. To be natural, offer some coral food after lights out at night, although corals don’t seem to mind being fed in the day, in aquariums. If fish keep stealing your coral’s food, feed the fish first then the corals afterwards.