Which marine fish are reef safe?

Categories: AquariumsReefkeepingFish
A pristine reef full of fish and corals looks idyllic, but alas many (very desirable,) fish species are there to eat corals or other fish and will do the same in the home aquarium. 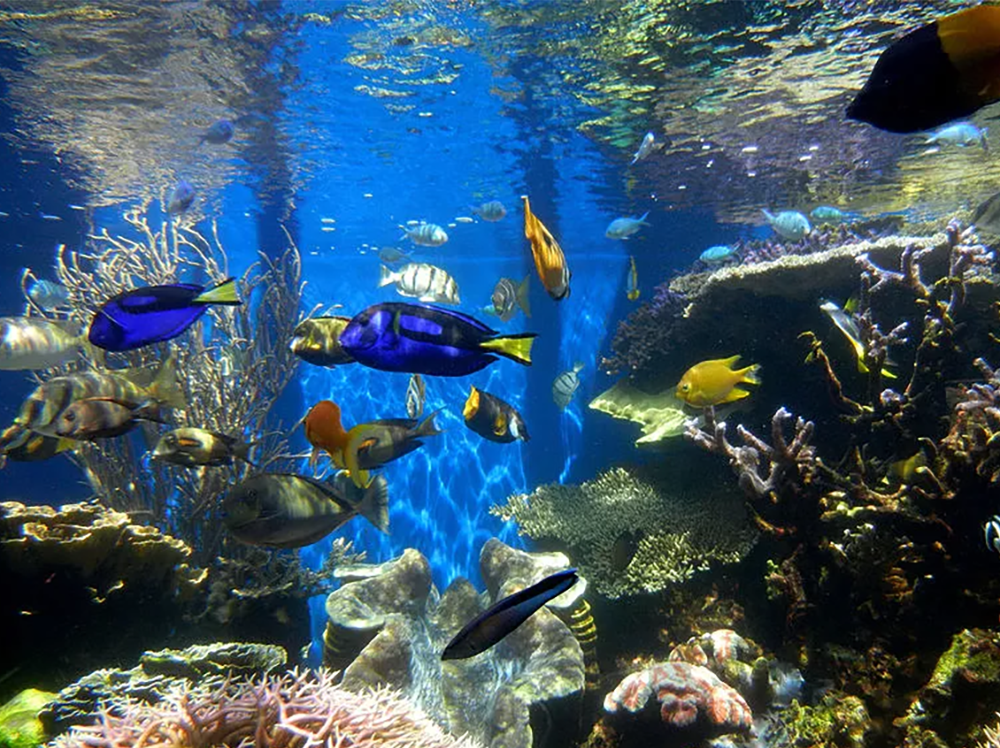 A pristine reef full of fish and corals looks idyllic, but many (very desirable,) fish species are there to eat corals or other fish and will do the same in the home aquarium. Here are some of the best reef safe fish.

Green Chromis aren’t everyone’s idea of an exotic looking tropical saltwater fish, but add a shoal to a large reef tank and collectively they make for a wonderful display. One of the most reef-safe fish, Green Chromis never go to rocks, sand or corals to feed and instead prefer to eat zooplankton (tiny marine animals,) that are floating in the water instead. They do occupy a rock if they decide to spawn, but they hardly ever do. All Chromis species are extremely reef safe, and although they need frequent feeding, they are recommended.

Anthias, or Wreckfish, are another shoaling, zooplankton eating marine fish which are incredibly reef safe, not touching rock, sand or corals and instead of swimming in the water column above. They can squabble amongst themselves, so need large shoals, but don’t bother other fish and look fantastic when combined with Green Chromis. Individually, some marine keepers say they look like goldfish but add a group to a reef tank and they bring the saltwater aquarium to life.

Firefish are small, goby-like fish which gather in shoals and like to dart into tiny holes in the rock for safety. They too are planktivores, eating tiny food particles floating by, and never harm corals, mobile invertebrates or other fish. They are disease-hardy and recommended for all reef tanks large and small. Look out for the Purple Firefish goby and the very expensive Helfrich’s Firefish, which are equally peaceful.

Grammas are small, rock-dwelling fish which like to live in loose congregations in, around and upside down, under rocks. They are 100% coral safe in a reef tank although a large specimen may predate small ornamental shrimp. The Royal Gramma is small, super colourful and recommended for new and experienced reefkeepers.

Surgeonfish keep natural coral reefs free of algae yet they don’t touch corals so are great, reef-safe fish. Yellow tangs are bright, colourful and active, and although the super blue Regal tangs don’t graze as Yellows do, they are coral safe too and perennial favourites for the reef tank. Consider Lipstick and sailfin tangs if you have the room in your reef aquarium, and feed lots of vegetable matter if algae is in short supply.

Cardinals are another schooling fish seen in their thousands on the reef. They can squabble amongst themselves so keep in large groups or as individuals, but when kept in a group as they live in nature, they also make for awesome aquarium fish in the reef tank. Look out for the Banggai cardinalfish.

Wrasses are a large group of very variable fish, with some species growing big and predating mobile inverts, making them unsuitable for reef aquaria. Flasher and Fairy wrasse are beautiful fish, and more like the Anthias of the wrasse world, hovering over the top of the reef, snatching zooplankton from the water column and displaying vigorously to each other with ornate finnage and colouration. Some are sought after and expensive, but definitely coral safe in the marine tank.

Dragonettes are goby-like small fish with exquisite markings and include the Mandarin and Scooter blennies. They prefer live foods and are prone to starving in new tanks, but a mature reef can offer them lots of opportunities to hop across the rocks and sand looking for their favourite prey - tiny copepods and isopods. They are 100% reef safe, although not for beginners.

Another group which may refuse anything but live foods, pipefish are relatives of Seahorses with many wonderful looking species in all patterns and sizes. If you can find a pair which is accepting frozen foods they can make eye-catching additions to reef tanks and are 100% coral and reef safe.