What reef tank test kits do I need?

Categories: AquariumsReefkeepingWater Quality
Water can look crystal clear yet still be deadly to fish and with reef tanks you have the complicated lives of corals and invertebrates and their needs to think about too. 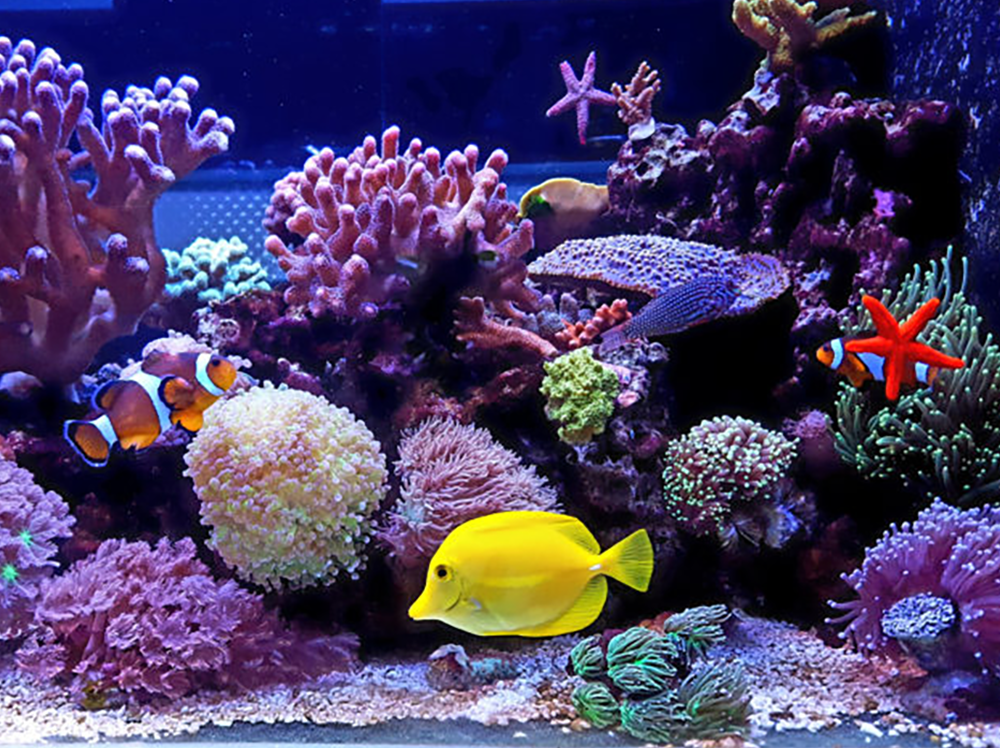 One of the best investments you’ll ever make in coral keeping is in reef tank test kits.

Water can look crystal clear yet still be deadly to fish and with reef tanks you have the complicated lives of corals and invertebrates and their needs to think about too. Run a reef tank without aquarium test kits and you’re running one blind. Nutrients will build up and elements will degrade, resulting in seawater that isn’t fit for corals. Here’s what you’ll need to invest in from, start to finish.

Before you start reefkeeping

Saltwater test kits are calibrated for tropical marine aquaria, so the first thing you need in your newly set up reef tank is saltwater of the right temperature and salinity. Use reef salt, RO water, a thermometer and a refractometer to make sure that the water is a constant 25C and 1.025 specific gravity (s.g.)

When you first set up a saltwater aquarium its actually all about the fish, the Nitrogen Cycle, and getting a colony of beneficial bacteria started to convert fish waste into less harmful substances. For this, you will need an Ammonia test kit, a Nitrite and a Nitrate. Unlike freshwater, pH level is less important at this stage as newly made up seawater with the correct salinity always has a pH of around 8.

When we want to put corals into the tank (after cycling,) we then need to test for different parameters. Use the Nitrate test kit to ensure Nitrate is at or below 10ppm, but also use a Phosphate test kit to make sure that the Phosphate level is at 0.5ppm or below. The lower the better. If Phosphate is high, use a Phosphate remover to bring it down. These two nutrients should always be kept in check if you want to run a successful reef tank. Don't use tap water with a reef tank because of the high phosphate levels.

On the same day also check KH (also known as an Alkalinity test kit,) Calcium and Magnesium. These three will indicate if the water is chemically ready to keep corals alive. So KH, Calcium, Magnesium, Nitrate and Phosphate are the five test kits that every reefkeeper needs.

Seawater also contains dozens of other important elements. Fast-growing soft corals like Xenia use up Iodine, so if your Xenia crashes or your softies take a dive, Iodine may be to blame. Use an Iodine test kit. If your algae refugium refuses to flourish despite the right lighting, test for Iron. A key plant fertiliser, replace the Iron that the macroalgae have used up and your algae refugium should spring back.

And if you are ever unlucky enough to get Ich, you’ll need a Copper based treatment and importantly a Copper test kit for your hospital tank. Copper needs to be maintained at a consistent level throughout treatment.

And if you test for all of the above but certain corals don’t do well, or you can’t put your finger on the problem, do an ICP test. ICP-OES is a very advanced testing method that can analyze seawater and offer you not only very high accuracy but also tests results for many other elements that you wouldn’t or couldn’t normally test for, yet if too high or too low, corals can suffer.

So its definitely worth doing an ICP test which costs about the same as a coral, but can save the lives of many more.