How to set up a marine aquarium

Categories: AquariumsReefkeeping
Own an aquarium and there will always be one type which will be sure to allure you - marines. Read our detailed guide on how to set one up. 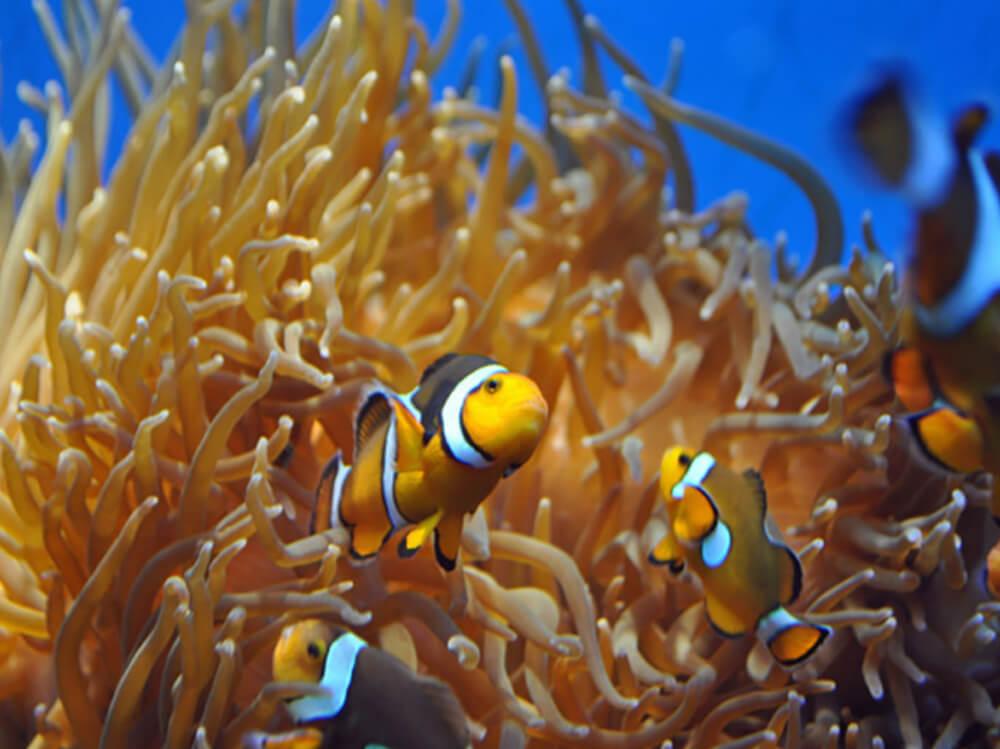 Own an aquarium and there will always be one type that will be sure to allure you - marines. In terms of colour, variety and movement, there is nothing else like it, and set-up a reef aquarium and dreams of keeping clownfish, anemones and corals can all become a reality.

Coral reefs inhabit the tropical oceans, between the tropics of Cancer and Capricorn. They naturally inhabit clear, shallow water, and photosynthetic corals are adapted to bathe year-round in bright, tropical sunshine.

The corals we keep only inhabit the purest, cleanest ocean waters, and those waters have remained unchanged for thousands of years. Temperature, water parameters and sunlight are pretty constant, and throughout these unchanging conditions, many fish and invertebrates have evolved and adapted to live nowhere else on earth.

So if we are to keep marine fish and invertebrates in aquariums we must try our best to replicate those natural conditions. Keep consistently clean, clear water, with bright lighting, and constant water parameters, and you will be able to create your very own captive coral reef in your living room.

The first thing to consider with a starter marine tank is the aquarium itself. Large bodies of water offer greater stability versus smaller ones. Stability is key to keeping corals, so buy as large an aquarium as you can, ideally 36”/90cm or more, and 250 litres in volume.

Small marine tanks are also achievable and are known as nano reefs. Cheaper to set up and run, and with a small physical footprint, nano reef tanks can enable the keeping of corals in any space, but their small size does restrict the keeping of many marine fish species including tangs and angelfish.

The tank should also be suitable to run as a marine system. Corals need bright light, and the best way to get lots of light into a tank is to opt for an open topped aquarium and then to mount high powered reef spec lighting onto the back.

Open topped tanks allow for better gaseous exchange, and better light penetration. There is a risk of fish jumping from open topped tanks, but net lids are available which can be cut to size and fitted, keeping fish in, but letting light and oxygen through at the same time.

In order to keep parameters constant, a lot of equipment is used. Marine aquariums must be able to house a heater, pumps, chemical media, a protein skimmer, mechanical filter, an auto top-up and even automatic dosing equipment.

For this reason many experienced reefkeepers opt for a sump - an extra tank situated underneath the main tank, and connected via pipework. Sumps allow for lots of equipment to be utilised, while keeping it out of sight, but easy to access from the cabinet underneath at the same time.

In order to achieve the best possible reef aquarium, a reef ready, open-topped, tank, sump, pipework and cabinet is the best option.

Most of the corals we keep are photosynthetic, meaning that they harbour photosynthetic algae in their tissues called Zooxanthellae.

Corals have developed this unique symbiosis with algae because the clean, clear waters where they live don’t contain enough floating food particles for them to catch and sustain them.

In captivity, this means that we need bright lighting which replicates tropical sun, underwater, and we do this with high powered LED lights.

Corals utilise the blue part of the light spectrum most, so reef tank lighting with blue spectrum is important, and controllable lighting that can be altered, dimmed and programmed is even better. That way a natural day/night cycle on the reef can be replicated.

High powered LED lights need fan cooling and because of this, they should be mounted onto open topped tanks. Fan-less or passively cooled lights are available, and are suitable for use in closed hoods, but they are generally not as bright, and only suitable for coral species which aren’t too demanding of bright light.

Its best to look at marine tank filtration as a wastewater treatment plant. Marine fish and invertebrates produce waste, but are intolerant of living in their own waste. This is because in nature, the vastness of the ocean both dilutes and washes away waste.

A modern reef aquarium requires mechanical, biological and chemical filtration to deal with waste products, all three of which are best placed in a sump.

Mechanical filtration is the physical capture of dirt particles from the water. Popular methods include filter wool or filter floss at its most basic, filter socks are popular, and a Clarisea enables constant, automated removal of waste from the water.

Throw dirty filter wool away, wash or replace socks, and dispose of the dirty Clarisea roll and replace with a new one.

Three mechanical filters, differing widely in budget and ease of use, but all effective, as long as they are changed when full of dirt. But mechanical filters are important with reef tanks because dirt encourages the growth of nuisance algae.

Ceramic filter media is the most popular choice as it sinks, can be placed into a sump with ease, and its porosity means that it colonises quickly with the right bacteria, and gets to work. Bring new media to life with live beneficial bacteria for marine tanks.

Two types of chemical filter media are often used in reef aquariums - activated carbon, and phosphate remover. Carbon removes dyes and odours from the water, keeping it clear and clean, and allowing for better light penetration.

Phosphate is the enemy of the coral reef both in the aquarium and in nature, so removal of phosphate is key to a successful reef tank, and wet ferrous oxide, like Rowaphos, is one of the simplest and most effective ways of doing it.

Every tank needs a way of removing or lowering phosphate, and either occasional or constant use of carbon, also helps.

Protein skimmers are much talked about in the reefing community, and are important pieces of kit. In short, a skimmer is a prefilter, removing organics from saltwater by the use of very fine bubbles.

Not to be confused with a surface skimmer, protein (from fish waste, coral waste, and food,) sticks to the bubbles and rise up a tube, where they overflow into a collection cup.

Dissolved organic waste is removed from the water, making it cleaner, and more like that of a natural reef again. All those fine bubbles also increase oxygen and pH levels, and a skimmed reef tends to have less nuisance algae, phosphate, ammonia and subsequent nitrate than one without a skimmer, because it’s pre-filtered off in liquid form.

Protein skimmers are available in many shapes and sizes, and powered either by AC or DC pumps. Always buy the biggest and best skimmer your budget will allow for, and sump-based skimmers are better than hang-on skimmers because they have larger reaction chambers, and can accommodate larger pumps, meaning more bubbles, and better protein removal.

All tropical aquariums evaporate, but tropical marine aquariums need evaporation addressed. When evaporation occurs in saltwater, only freshwater evaporates, and the salt remains. This means that if topped up with more saltwater, the water in the tank will become more salty.

We therefore should only ever top-up with freshwater, and ideally from a reverse osmosis or deionizer because it’s pure.

Many new marine keepers are surprised by the amount their system evaporates, but 25 litres of evaporation a week is not unusual. That also means that if left unchecked, systems will lose water and return pumps will run dry and stop pumping water around the system.

An auto top-up device should be fitted to all marine aquariums, especially open topped ones with sumps, and reefkeepers should always have a ready supply of top up water to hand, to manually top-up the top-up reservoir.

Return pumps are the heart of any marine system. Also known as recirculation pumps, return pumps move dirty tank water to the filter or sump, and then pump cleaned, heated water back to the main display tank.

Bare bones “reef-ready” aquariums don’t come with a return pump out of the box, so one should be selected to suit system size.

Typically around 4000lph in output, return pumps should be marine safe (safe for use in salt water,) and are available either in standard AC form or controllable DC, meaning they can be turned up or down electronically.

The oceans are always moving, and as corals are stuck down to one place, they need wave action and currents to bring them their food and wash away their waste. They also use water movement to distribute their eggs, and colonise new areas.

In the reef aquarium the water flow from the return pump isn’t enough to provide the whole aquarium with strong, sometimes chaotic flow, so extra wave pumps are necessary.

Wave pumps move large volumes of water at low velocity, and are often controllable. Alternating flow simulates the ocean and helps to lift detritus, and prevent dead spots and algae.

As a general rule, SPS corals prefer strong water flow, where as lps and soft corals prefer it a bit quieter, so controllable and programmable wave pumps with different flow patterns and settings, are the ideal.