How to get rid of brown algae in a reef tank

Categories: AquariumsReefkeepingAlgae and Pests
Brown algae can be a plague that ruins the look of a reef tank and can cause the owner to pull their hair out, and is most common in young reef tanks. 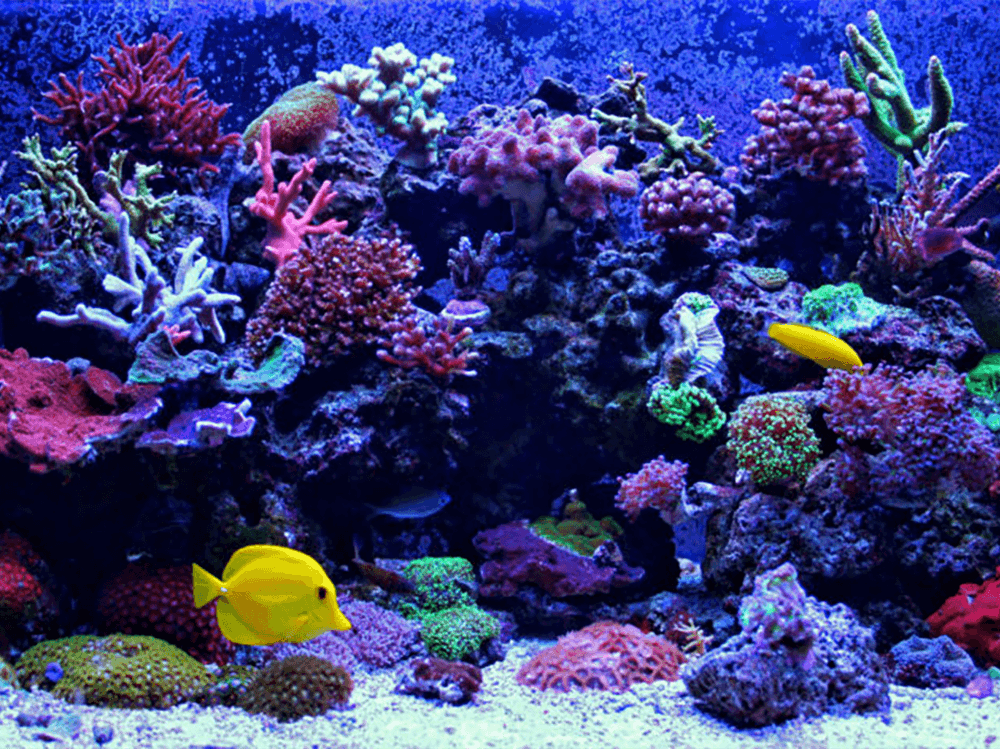 Brown algae can be a plague that ruins the look of a reef tank and can cause the owner to pull their hair out.

Brown algae is most common in reef tanks under six months old, and it is algae, kind of, but it can’t be solved the conventional way.

If it was lush, green algae, the prescription would be to add an army of algae-eating livestock from hermit crabs to snails, seahares to foxface, algae blennies and tangs. But the brown slime algae bloom can be either Dinoflagellates or Diatoms, neither of which will be eaten by the above, so we need to identify brown algae in the reef aquarium and look at other ways to deal with it. Conventional algae eaters will not eat brown algae.

Algae is an opportunist and these types have been surviving on earth for a very, very long time. The opportunity in your reef tank is light, nutrients and new, clean surfaces to colonise including your rock, sand and the tank glass. Populations of bacteria, competing algae and tiny critters will be low in the fish tank, so the algae turns this boom time into brown algae diatoms bloom time and covers everything. If you don’t have corals you can massively restrict the lighting to very low and very blue and that will temporarily stop brown algae, but if you do have corals in your saltwater aquarium their needs come first, and the light must stay on.

What you can do though is ensure that phosphate (phosphorus,) and silicate (silicon) levels are kept to an absolute minimum in your reef aquarium by using the purest RO/DI water to fill the tank. Soak the rocks and sand in reverse osmosis water (then testing,) to make sure they are phosphate free, skim wet, (by adjusting your protein skimmer,) and employ the right amount of phosphate and silicate remover in a reactor to scavenge every last molecule. Diatoms need silicates so Reverse osmosis should restrict the food source and hopefully, the outbreak. Refrain from using tap water, which contains nutrients that may fuel algae.

Next is to physically remove as much as you can. Use a brush and algae pad to wipe and scrub as much of the brown as you can from the rocks and tank glass. Mechanical filtration like filter wool, filter socks or a Clarisea will physically catch some of the brown mess and you then remove it, but it's also good to use a gravel vacuum to hoover the sand bed, and then discard and replace the dirty water.

A good trick when removing brown algae is to remove the wide vac-end and cable tie an old toothbrush to the end of the hose. Start the siphon and then as you brush and dislodge it the brown algae gets sucked up and removed. Repeat this process daily if necessary (along with effective phosphate removal,) and gradually the regrowth should become less and less as phosphate levels decline.

An algae reactor or refugium filled with healthy Chaetomorpha marine algae (a good algae,) can help to scavenge phosphate too, so by growing rampant macroalgae it may help to starve and prevent the brown algae and green algae from plaguing.

Beneficial bacteria strains can also be added to help “clean” the tank by competing with algae for nutrients and reducing waste which the algae may otherwise feed on. And regular addition of live Copepods can also help as these tiny critters scavenge the rocks and sand after dark for food. The cleaner saltwater aquariums are, the less brown algae and subsequent green hair algae they will support.