What eats cyanobacteria in a reef tank?

Categories: AquariumsReefkeepingAlgae and PestsFish
Cyanobacteria is often mistaken for algae but as the name suggests its a bacteria, not an algae at all. Because its not an algae, it needs to be tackled in different ways. 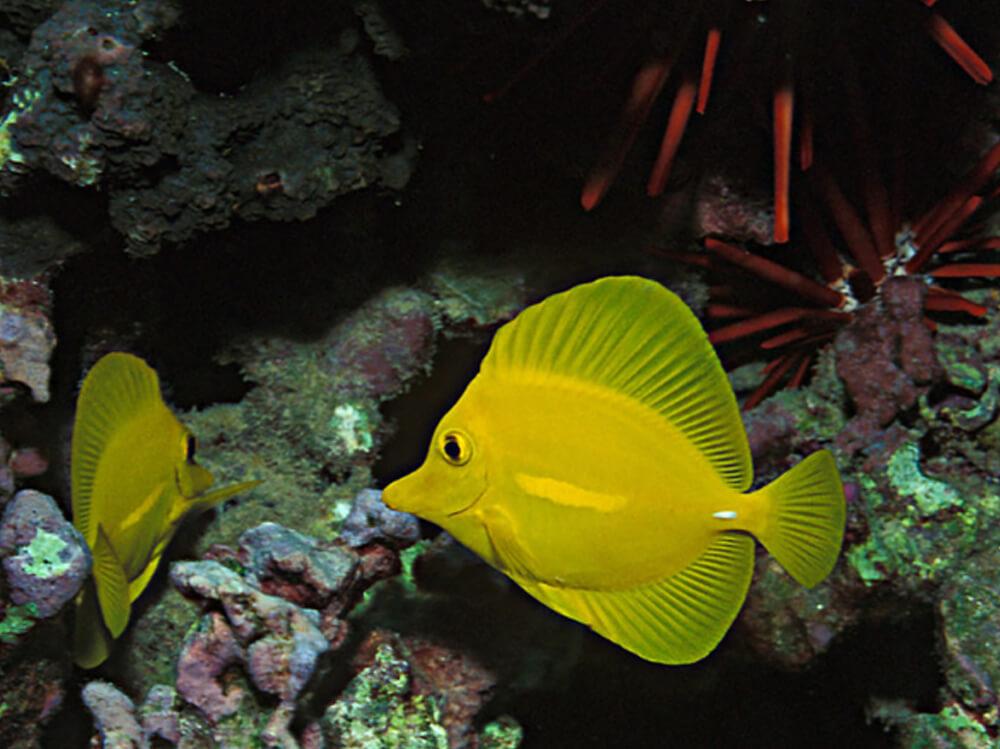 Cyanobacteria is often mistaken for algae but as the name suggests its a bacteria, not an algae at all.

It can come in all colours from blue/green (hence the Cyan part of its name,) to deep red, and its the red slime which is the most prevalent in reef tanks and marine aquariums.

Cyano does behave like an algae however, being photosynthetic, and thriving in brightly lit tanks. It loves to spread across rocks, the sand bed and tank glass and the sheets expand when the light is on, and shrink at night.

Because its not an algae, none of the usual algae-eating fish or invertebrates are effective on it, and in fact its slightly toxic. So red slime algae needs to be tackled in different ways.

Cyano is one of the oldest lifeforms on the planet and is a great opportunist. Wherever there is light and water there will be cyanobacteria in one form or another, but its when it takes over that its usually an indicator of an imbalance in the tank. We know it usually starts on the substrate, and usually in the areas with the quietest flow.

The perfect storm is a thin layer of debris or detritus on the substrate that the cyano forms over and uses as a nutrient source. The old adage is that nitrates and phosphates and excess nutrients fuel cyanobacterial growth, but many reefkeepers report the “slime algae” despite having zero nitrates in their tanks. It can also seem to grow when dosed with a carbon source - the exact same thing dosed to lower nitrates and phosphates and kill cyano.

At the other end of the scale, those with nitrates rarely if ever get it, although they will then have other battles with true algaes later on. It can be introduced on rock, corals or macroalgae although it can also appear in tanks that were sterile, so it may even be airbourne.

Cyanobacteria was there when life itself was created, so its super tough, and super adaptable. It was on Earth way before we were and there is still lots about it that we don’t understand.

How to treat cyanobacteria

The first thing to do is improve mechanical filtration to remove particles from the water. Fewer particles mean less settlement, and cyano tends to grow over patches of dirt. Use a syphon tube to vacuum sand and rocks and remove as much detritus as possible. Use a toothbrush to scrub rocks and hand-hold a powerhead and blow it into all the nooks and crannies of the rocks.

Next look at flow in the reef aquarium. Increase flow by upgrading or adding more wavemaking pumps, and setting them to pulse mode can help to tear the sheets of bacteria off rocks and substrate. Look at rockwork in general and if you can, have space around all of the rocks, including the back, and get the rocks up off the bottom of the tank with as few parts touching the tank bas as possible. That way you can create strong gyre flow around the tank and it will help to keep particles in suspension.

Test water, but as noted previously lowering nitrate and phosphate to very low levels may not be the cure, and it may actually be more about the ratio of phosphate to nitrate, and something called the Redfield ratio. It appears that if the Redfield Ratio is out of kilter, red slime algae can capitalise.

Bacteria are amazing things and there is probably a strain of bacteria that either eats or outcompetes cyano. Some reefkeepers dose Probiotic bacteria to fight fire with fire, and hopefully strip the foodsources that the Cyano is dining on. Regular dosing of bacteria may help to prevent or fight cyanobacteria, although there is so much more that we don’t know about it.

Cure you cure cyanobacteria with a blackout?

Popular with freshwater aquascapers, a blackout involves turning off the tank lights and completely sealing it in black material to not allow any light into the tank whatsoever. Being photosynthetic, no light means that the cyano will shrink, die, and disappear, whereas freshwater plants can just about cope with a few days of total black out, and survive.

The issue with blackouts however is that they dont address the route cause and the cyano will come back if conditions arent radically changed, and corals arent as forgiving as plants when it comes to not receiving light for prolonged periods.

Do I have Diatoms or cyanobacteria nuisance algae?

Cyano is most commonly diagnosed but there is another form of “slime algae” called diatoms. Diatoms usually manifest as sheets of brown slime, especially on new rocks and sand and in new tanks. Diatoms are an algae and although they make the tank look horrible, scientists love to look at them under the microscope as they are very beautiful close-up.

Again, very little eats them so reefkeepers look to tackle it in different ways including nutrient control. Diatoms have structures made from silicates, so RO/DI systems with silicate removal capabilities and phosphate removers that also remove silicates are one way to tackle them. Live copepods may also be effective.