Are there any hardy tropical fish?

Categories: AquariumsFish
Hardy fish are often recommended to new fishkeepers as they are tolerant of small mistakes here and there and are easy to keep. 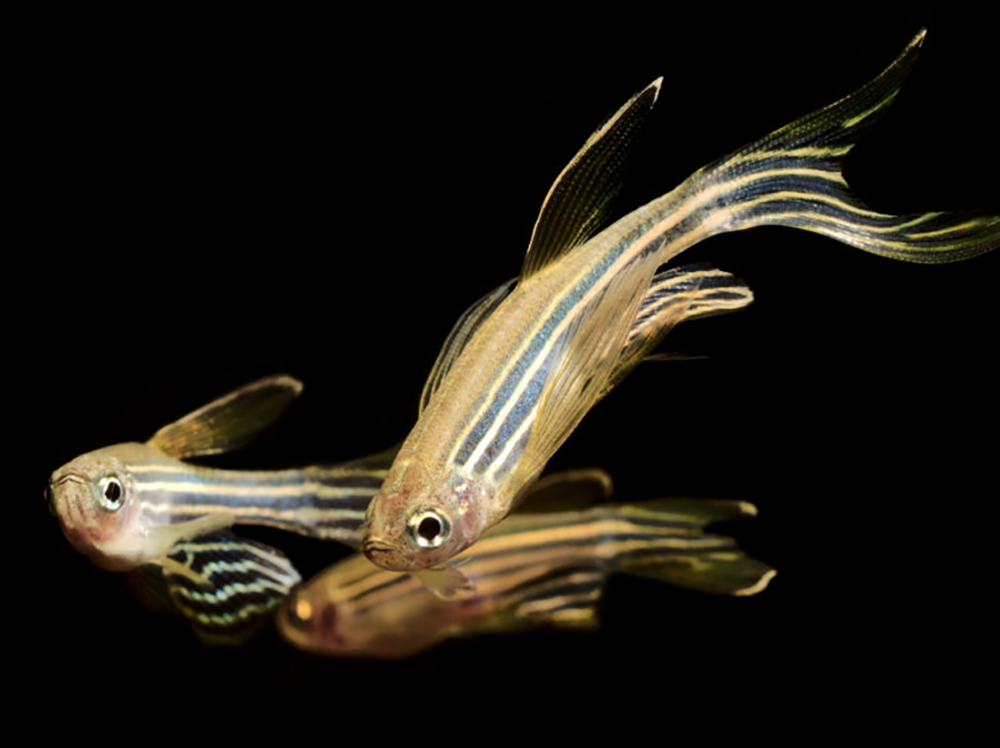 Hardy tropical fish are often recommended to new fishkeepers as they are tolerant of small mistakes here and there and are easy to keep.

To be classed as hardy, a tropical freshwater fish should be tolerant of temperature, pH, poor water quality and disease.

No fish should knowingly be exposed to poor water quality as it compromises its welfare, but many first fish in new aquariums are unknowingly exposed to levels of ammonia and nitrite. If detected and dealt with early, hardy fish should survive it, whereas a sensitive fish may succumb within 24 hours. Poor water quality is the biggest killer of aquarium fish so if your fish look unhealthy or die, the first thing you should do is test the water for ammonia and nitrite.

Probably the hardiest of all aquarium fish and one of the most popular tropical fish is the Zebra danio, Danio rerio. They are fast swimming, minnow-like fish which are widely available, cheap and can be bought in several forms including the normal striped, longfin, golden and Leopard. Although not the brightest or most ornate fish you’ll ever buy, they are recommended because they are very tolerant of those three key things, temperature, water quality and disease, so are great for new fishkeepers.

Known as Zebrafish in America, they are even studied in science as it's believed they can regrow their own hearts! So tanks large or small, new or mature, tropical, soft water, hard water or even unheated, Zebra danios are super hardy fish and highly recommended.

Other fish from the Danio’s Cyprinid family include the barbs. Barbs have a reputation for being fin nippers but this isn’t true of 99% of species and some barbs are very hardy and very much recommended for new fishkeepers.

The Rosy barb is a medium-sized species which like the Zebra danio, is tolerant of pH, temperature and is largely disease resistant. They too are available in a golden and a longfin form, but their natural colour is a metallic gold female and Rosy coloured male. They are easy to keep, feed and breed, and they too are suitable for unheated, temperate tanks.

No tropical community tank is complete without catfish, and there are hardy examples of both algae-eating and bottom-scavenging species. For algae eaters, you can’t go wrong with the Bristlenose. Named because of the bristles grown on the faces of mature males, Bristlenose grow to a maximum of 5” and most species are tank bred and very hardy. Tank bred Bristlenose are ok in hard or soft water and in water temperatures from 20-28C. Just make sure they have their own food in the form of sinking catfish tablets and wafers.

Corydoras are short-bodied species with whiskers that are super peaceful and like to sit on the bottom in groups of five or more. Corydoras aeneus and paleatus, the Bronze and Peppered cory catfish are tank bred and the hardiest Corydoras. Again, just make sure that they are also given a catfish specific sinking food as no catfish should be left to reply on scraps or faeces.

If you have a very big tank, there are some super hardy tropical fish for you too. Oscars are big, boisterous, greedy cichlids with great character, but they are also super hardy. Keep a single individual or a mated pair alone or mixed with other big, tough species. But make sure you have filtration to match.

For catfish, few big fish are hardier than the Common plec and the Featherfin squeaker. Like much larger versions of Bristlenose and Corydoras, Plecs are used for algae control and the Squeaker, Synodontis eupterus, as a whiskered scavenger. Common plecs are tolerant of temperature, pH and are disease resistant. Their weakness, however, is starvation so make sure they are fed plenty of algae wafers and of course, beware of their large size and longevity.

The Squeaker doesn’t like temperatures below 23C but apart from that, it’s very tough and very hardy, although it may squabble with others of its own kind and large specimens will predate small fish like Neons at night. Both make good companions for Oscars and other large fish but beware, they are some of the most unwanted and rehomed species as adults so if you can’t devote a large tank and the next twenty years to changing their water, they’re not for you. Or do the right thing and rehome an unwanted one. Synodontis will eat any and all fish food.

Silver dollars are also hardy, big fish, and can be mixed with Oscars, plecos and Syndontis. Silver Dollars should be kept in groups, but are also known as dither fish, capable of distracting aggressive fish.

What coldwater and pond fish are hardy?

The best “coldwater” fish for an unheated fish tank are actually Zebra danios and Rosy barbs listed above. But for an outside pond, you can’t beat common goldfish. Not to be confused with comets, which have slender bodies and long fins, common goldfish are stocky fish with short round fins and are typically available in orange, red, and yellow.

Common goldfish are tolerant of temperature (0-30C!) pH and fluctuations in water quality. If well fed and kept in good water they too are very hardy and have survived tanks and ponds for hundreds of years, but if kept in poor water quality for prolonged periods they are susceptible to disease. Shubunkins are calico versions of goldfish. The hardiest ones are the short-finned ones, but goldfish, comets and shubunkins are all pretty hardy and the best fish for small and medium-sized ponds.

If you have a large pond and like Koi then the Ghost koi is an excellent choice. Fast-growing, hardy and first to the food, Ghosts come in white, gold and platinum but are much cheaper and much hardier than Japanese Koi.

Siamese fighting fish, or Betta fish, are tolerant of low oxygen levels and poor water quality, although they get outcompeted in community aquaria, can't swim against filter flow, so as community freshwater fish they are not hardy. But keep one on its own in a small tank and it will do a lot better. These colorful fish are even kept in tiny unfiltered tanks in Thailand, their country of origin.