How does a protein skimmer work?

Categories: AquariumsReefkeepingEquipment
Keep marines and soon you'll be in the market for a protein skimmer. Here are some of the most frequently asked questions. 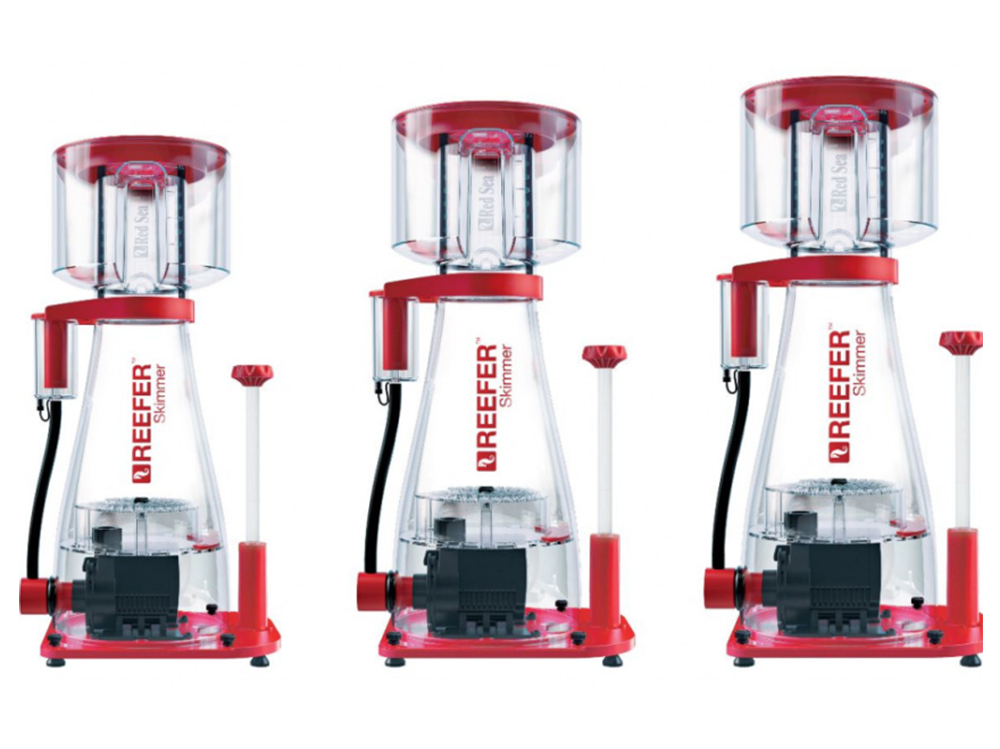 There are lots of protein skimmers available for marine tanks, and they have many benefits including increasing oxygen levels and reducing nutrients. But which one is right for your tank, and how do you set one up?

There are several types of protein skimmer: Internal, hang-on, and sump based, with sump based skimmers sub-dividing again into internal (which sit inside the sump,) and external, which sit outside.

The best overall package skimmers are those which sit inside a sump, as they combine performance with the reassurance that if they overflow, they do so into the sump and won’t risk a flood. But skimmer guardians are now available which can cut power to the skimmer in the event that the cup is going to overflow.

Place the skimmer into the water, plug it in, and it will start to make air bubbles. But it's the height of those bubbles within the skimmer chamber that is critical to setting up a protein skimmer.

With internal skimmers (that go inside the main display tank,) the neck and cup must be above the waterline and in tanks with hoods, the hood may need to be adapted to allow the skimmer cup to protrude high enough above the water.

All skimmers need a stable water level that doesn’t fluctuate, so if your skimmer is in the main tank you’ll need an auto top-up system to set and top-up to that waterline. And in a sump, the water level in the skimmer chamber should be set by a baffle.

For sump based internal skimmers, they need a stable water height, but also a minimum water level too, with many medium-sized models requiring a water height of 20cm to sit in. Again, plug the skimmer in and it will start to produce lots of fine bubbles inside the chamber.

But this time you need to adjust the water height inside the skimmer manually so that the air bubbles rise up to the base of the neck and then gradually produce enough skimmate to overflow into the collection cup over the next few hours and days.

Finely adjust the bubbles so that they rise up and then stay just below the neck, which in turn is below the collection cup. If the cup fills with water within seconds, minutes or hours, the bubbles are too high in the neck and should be adjusted down.

If no skimmate is collected in the cup after a few days, the bubbles are too low in the neck and should be adjusted up. Most reefers aim to fill their protein skimmer cup with dark brown skimmate every few days, or twice a week.

What is a protein skimmer?

A protein skimmer is a type of prefilter used on saltwater aquariums.

How does a protein skimmer work?

A pump with a venturi suck in air and smash it up into tiny bubbles using a special impeller. The bubbles then rise up inside the skimmer, collecting protein and dissolved organic compounds as they go. The protein, or skimmate, is then collected in a plastic cup at the top.

Do I need a protein skimmer for my reef tank?

Most of the world’s most successful reef aquariums use protein skimming. It helps to reduce nutrients in the tank as well as injecting oxygen.

Where do I put a protein skimmer?

There are several types of skimmer including internal, external and hang on the back, or HOB. Internal skimmers may be designed to go in a sump or discretely in the main tank.

External skimmers go outside of a sump and connect to it via inlet and outlet hoses, and HOB (hang on the back) or side of a main, open-topped aquarium or sump. There should be a skimmer solution for most aquariums, large or small, sumped or not sumped.

Can I over skim a saltwater tank?

Skimmers can remove good stuff from aquarium water as well as bad, like Iodine and planktonic coral foods, but on the whole, they offer many more advantages than disadvantages, and both coral food and trace elements can be replaced via regular dosing. So you can’t really over skim or remove organic compounds too much, (if you replace them,) but you could buy a skimmer that is physically too large to fit in your sump or cabinet.

Can I use a protein skimmer on freshwater?

Protein skimmers are used on some specialist freshwater installations like Koi ponds, but their use is rare and they don’t skim as well as they do in saltwater because saltwater is more viscous and sticky. The density makes the bubbles smaller in saltwater too, better for surface area and contact time. They won't work properly on a freshwater fish tank.

Which is the best protein skimmer for me?

Sump-based protein skimmers are larger and more powerful than HOB skimmers so they are the best choice. Choose a model which could filter twice the maximum volume of your tank. They can be either AC or DC, with DC offering extra control via the pump, although AC skimmers can be very good, and reliable too.

Cone-shaped skimmers with the pump inside the cone are the most popular as they blend performance with a small, compact footprint. Look up the footprint of the skimmer to make sure it will fit into the skimmer chamber of your sump.

What water depth for a protein skimmer?

Most sump-based protein skimmers need a water depth of 8-10”, which coincides with the baffle height in most off the shelf sumps. Some can run in lower depths like 6”, whereas a HOB model may need deeper water.

Skimmers that sit inside the tank or hang on the back typically need a few inches of clearance above the aquarium, so be mindful when planning on retro-fitting a skimmer to a tank that wasn’t originally made from one. You may need to adapt the hood.

Why does my skimmer keep overflowing?

It may be in water which is too deep so raise it up if necessary. Adjust the height inside the skimmer body so that the water level and top of the bubbles are further down. Even if it takes a few days to collect a skimmate in the cup that’s fine. If it fills the cup and overflows within 24 hours the water level is set too high and should be adjusted.

Other factors can make skimmers overflow. Some foods, supplements or organic compounds affect the surface tension of the water, resulting in the skimmer going haywire a few seconds afterwards and ejecting all its skimmate and protein waste back into the tank. Sensors are now available which can shut the skimmer off it the cup starts to overflow. The Reef Octopus Regal range cones with them pre-fitted.

It’s a good idea to keep skimmer cups clean and empty them manually on a regular basis to avoid all the nasties being thrown back into the tank in the event of the skimmer cup overflowing. Powercuts can cause overflowing too when water back-syphons into the sump and raises the water level. Non-return valves can be fitted to the return pump to prevent this from happening.

The worst outcome is that the skimmer overflows outside of the tank or sump and causes a flood. But even if contained inside a sump a prolonged overflow can spray saltwater, causing cabinet boards to take on water and deform, and hinges to rust. It really can pay off to fit a skimmer guardian to try to prevent any short term floods or long term cabinet damage.