Do I need an Aquarium chiller?

Categories: AquariumsEquipment
In hot British summers, water temperatures can rise too high even for tropical fish, so we use a chiller to keep the temperature down. 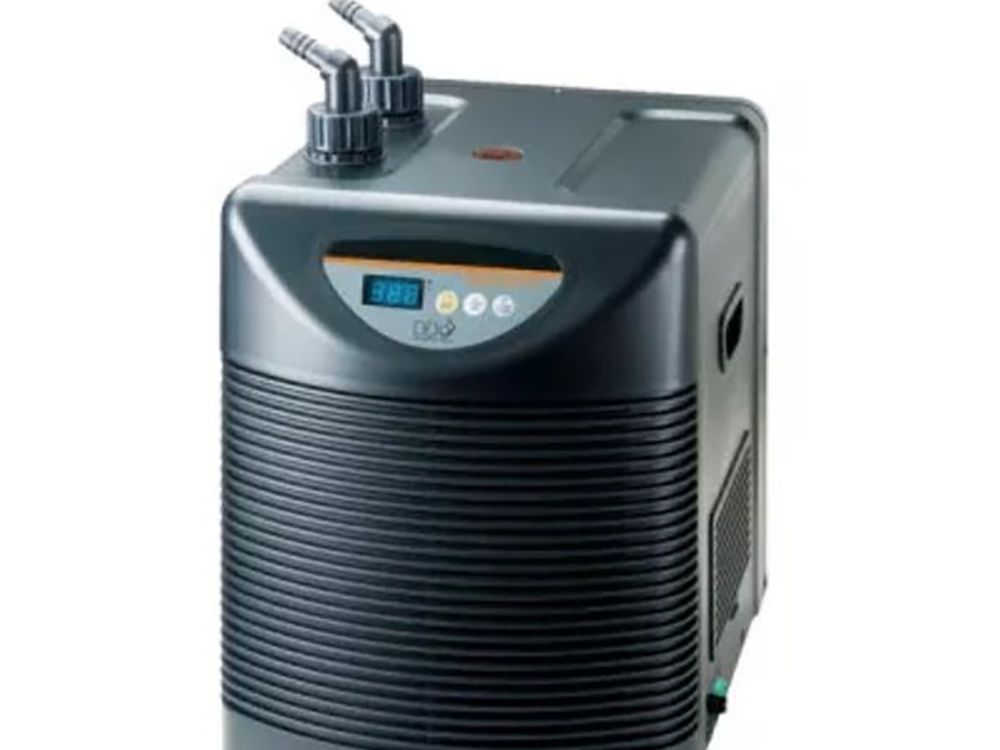 In hot British summer months, water temperatures can rise too high even for tropical fish, so we use a chiller to keep the temperature down.

Warm water holds less oxygen so in a heatwave the effect is three-fold, by stressing the animals, increasing their breathing but also lessening the amount of dissolved oxygen that’s available to them in the water.

In marine tanks, corals can really suffer in raised water temperatures and the effect can be seen in coral bleaching events in the wild. Reef tanks should be kept at 25C consistently, with a maximum range of 23-27C for short periods. If the tank goes above 27C you risk losing your corals and other invertebrates, as well as stressing the fish. Connect a chiller to any cold water, tropical or marine aquarium and it will prevent it from overheating.

How do aquarium chillers and coolers work?

An aquarium chiller, also known as a cooler, works in a similar way to a refrigerator. Water is pumped through it and heat is removed via a heat exchanger. The maximum temperature is set by you on the control panel - say 26C for example - and a thermostat then kicks in when the water temperature goes above that reading. The chiller comes on, chills the water, venting heat out of the back of the unit, and when the set temperature returns it turns itself off.

A chiller has an inlet and an outlet hose tail and you connect them either to an external filter or a pump and some hose. Chillers don’t need sumped systems and can be hooked up to a simple tropical tank just as easily as a high-end reef system. You just need something to pump water through them and return it to the tank like a pump, powerhead or power filter. Sit chillers inside a ventilated aquarium cabinet or next to the tank.

What size aquarium cooler do I need?

The model size is critical when selecting a chiller. Each model has a recommended tank volume but if there is higher than average ambient temperatures or non-average surroundings like a sunlit conservatory you may need the next size up.

Why are aquarium chillers so expensive?

It’s much harder to heat something up than it is to cool it down, so chillers are expensive compared to heaters. Take a view on what you are protecting though. A £500 one-time investment may be worth it if you have £2000 of marine livestock or more.

Do aquarium heaters and chillers fight?

The chiller will need its own power socket but it can be run inline from a pump that’s doing another job. One pump could pump water through a reactor, chiller and UV if necessary. Or use the return pump to chill the water before it goes up and back into the tank.

Invest in a chiller and its one less thing you’ll need to worry about. Especially with marine