How much electricity does an aquarium use? 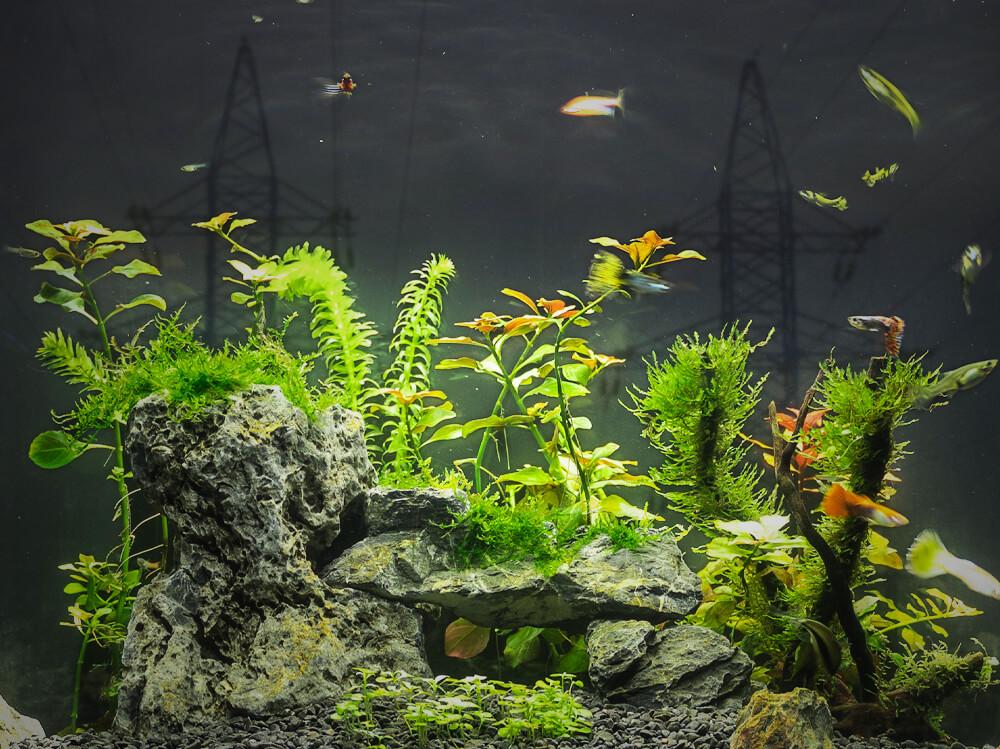 Power consumption depends not on the size of the fish tank, but on the electrical equipment that it’s running, and how long it’s on for.

If it's a tropical tank, energy consumption will come from the heater, the light, and the filter. Let’s look at some examples.

A Juwel Rio 180 comes with a 200 watt heater, 2 x 45 watt LED lights (90 watts) and a 7 watt, 600lph pump. Total power consumption is 297 watts, although the heater will only be on for half the time, (sometimes a lot less,) and the lights on for half a day, maximum. Not 24 hours. That takes a realistic power consumption down to 152 watts on average throughout the day.

The Aquael Leddy 60 comes with a 50 watt heater, 8 watt LED light and 4 watt filter. Total power consumption is 62 watts, but halve the heater and lighting consumption because they are only on for an average of 12 hours out of 24, and average power consumption is just 31 watts. Multiply by 22p a kWh and the tank costs 1.33p per hour to run, 16p per day to run, and just £59.78 per year on your electricity bill. That’s economical tropical fishkeeping! Especially when compared to the average we spend on fuel per car per year, at £811.

How to lower aquarium running costs

If shopping for a new fish tank or equipment pay particular attention to the energy consumption of the air pumps, water pump, filters and lights, and compare with other similar output makes and models to compare their efficiency.

Live plants and live corals demand a fixed, bright photoperiod every day in order to photosynthesize, but even then, a 12 hour photo period can be cut down to eight or nine hours per day to save money, and the plants and corals will be fine under a slightly shortly daily duration.

If you opt for temperate aquarium fish like danios and rosy barbs which are happy year-round at room temperature you don’t even need a heater and take out live plants and you’ll only want the light on for viewing. Set up a small unheated aquarium and it may only use 4 watts per hour (that’s only 2p per day!)

Aquariums with hoods and cover glasses will hold heat better than open-topped ones, or if your tank has a hood you can further insulate by fitting a structured background. Structured backgrounds hold in the heat and can even be fitted to the sides of a tropical tank to hold even more heat. Use aquarium silicone to glue them in place when the tank is dry, and they’ll last for years as well as helping to save you money on heating the tank.

How to save electricity in the home

Its quite likely that your aquarium is lit with energy efficient LED bulbs, so look to do the same around your home. Use LED bulbs to light your rooms and turn lights off when not in the room. Switch off TVs and computers when not using them instead of leaving them on standby.

Only fill the kettle with as much water as you need, fill the dishwasher, and wash clothes on cool whenever you can. Look for energy efficient fridges, tumble driers, washing machines and even TVs. Insulate your home and look into solar panels. Save money in all electrical areas and you'll get to continue enjoying the hobby you love.

*electricity prices may vary, and the above rates do not include standing charges and VAT.

Written by: Jeremy Gay
Jeremy Gay is an author, lifelong fishkeeper, and exotic pet specialist. He's a former editor of Practical Fishkeeping Magazine, UK editor at Reefbuilders, a former pet store manager, and has collected wildlife in Sri Lanka and the Amazon. He's been on tv and radio, contributed to Koi Carp and Gardeners World magazines, been a product tester, a judge, and a product developer.
Help Guides
Recent Posts
Optional extras