How to get rid of Aiptasia in a reef tank

Categories: ReefkeepingAlgae and Pests
Aiptasia are the bane of many a reefkeeper’s life, and they can get so bad that people leave the hobby because of them. 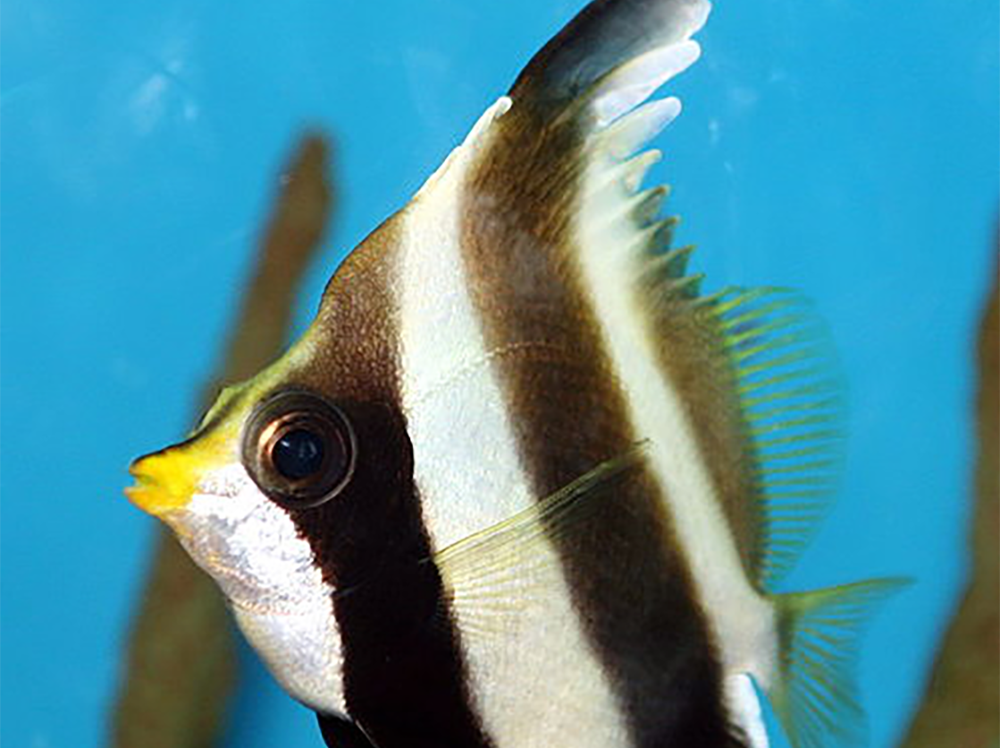 Aiptasia are the bane of many a reefkeeper’s life, and they can get so bad that people leave the hobby because of them. But you can get rid of them by trying one or all of the following methods.

This one sounds obvious but it happens all the time. Aiptasia are tiny sea anemones introduced to saltwater aquariums on corals, live rock and portions of macroalgae. Start your reef aquarium from scratch with new, dry rock and new sand, to avoid introducing them that way. Live rock isn’t necessary these days so start with a good replica rock instead.

If you want to buy a coral but it has Aiptasia on it, leave it as you’ll regret it long term. Seasoned reefkeepers will even quarantine new corals to ensure that no baby Aiptasia manifest themselves in the coming days and if they do, they haven’t introduced them to their main reef aquariums. Beware when buying anything from tank breakdowns as mature tanks often have Aiptasia lurking somewhere and it only takes one introduction of just one Aiptasia to start a plague.

There are four main Aiptasia eaters - two fish and two inverts, and they all have pros and cons. Copperband butterflyfish are beautiful, sought-after marine fish and they have the added bonus of being Aiptasia eaters. Introduce a Copperband and it will eat Aiptasia in the tank. The downside is that they need tanks of 300 litres plus and they are difficult to get feeding once the Aiptasia anemones are gone. They will also eat small feather dusters.

Aiptasia eating filefish are also excellent Aiptasia eaters and they are smaller, so suitable for smaller tanks, upwards of 170 litres. The downside with them is that they may also eat the polyps of lps and soft corals, although this is very down to individual fish and some do and some don’t. If they start to eat valuable corals it can be difficult to catch and remove them.

Peppermint shrimp are an excellent choice for Aiptasia removal in tanks large and small. If you have lots of Aiptasia you can employ three or more, although just like the fish above, they are not totally trustworthy with all corals as any shrimp that is able to kill aiptasia anemones is also capable of eating coral polyps. So beware, and if corals start to close up or disappear once the Aiptasia are gone, it could be the Peppermint shrimp. They hide in the daytime too and can disappear completely in larger reefs.

Berghia are less well known Aiptasia eaters. They are tiny nudibranchs, like sea slugs, and they like nothing more than eating Aiptasia anemones. The downside with these is their minute size (the size of a grain of rice,) means that it can take an act of faith to introduce to a large, busy reef tank with predatory wrasses, and even small ones may take a long time to control an outbreak. Availability is scarce, and once your tank is free of Aiptasia they will starve.

One, several or even all four natural Aiptasia controllers listed above could be used on a tank with a plague of several hundred Aiptasia. Yes, there is a risk to corals but for many reefkeepers at that point, it is worth the risk to rid themselves of this perennial pest.

Use an Aiptasia control product

The first port of call can be to treat the tank with a product that kills Aiptasia, like Red Sea Aiptasia X. Its reef safe, you can use it as and when you need it, and you don’t have to fork out on algae controlling livestock that may not be suitable for your tank. Squirt the liquid over the Aiptasia anemone , it retracts, taking the liquid with it, and hopefully, is killed-off from the inside. Swell customers have left some good feedback, so give it a try...

Reef Delete is a new Aiptasia control product which uses damaging UV light in a safe-to-use underwater torch. Shine the light beam on the polyps and they will die off. Its a high value item but its effective on nuisance algae and even nuisance corals too, so may be worth considering for its many benefits over the long term.

Check your sump for Aiptasia

Aiptasia will often cling on inside weirs, pipework and sumps, so if you manage to rid the main tank but have a sump, they will often come back. If you can protect them pump inlets, Peppermint shrimp could be added to a sump to eat Aiptasia, while also not causing any harm to corals. When stressed (like when you are trying to kill them,) Aiptasia release lots of juveniles so even you think you have rid your tank of Aiptasia for good, keep a close eye over the next few weeks and months to make sure that no more appear.