How to treat swimbladder disease

Categories: AquariumsFish Health
“Swimbladder,” is a common ailment in aquarium and pond fish, especially fancy goldfish. The swimbladder is an air-filled organ inside the fish. 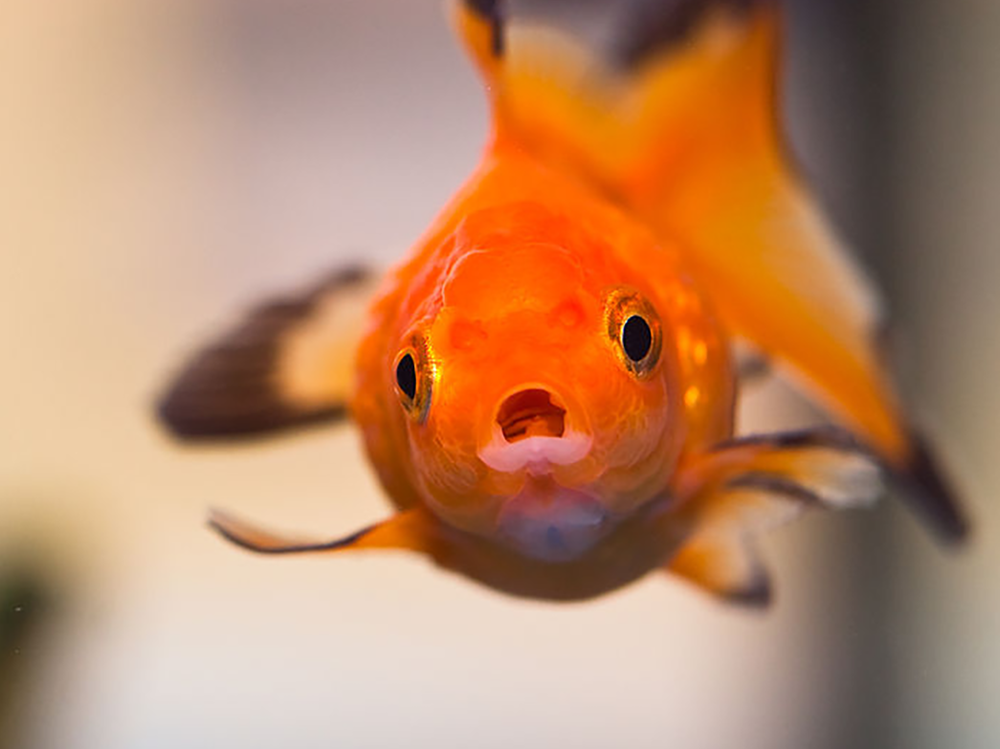 “Swimbladder,” is a common ailment in aquarium and pond fish, especially fancy goldfish. The swimbladder is an air-filled organ inside the fish that they use to regulate their position in the water. If the swimbladder stops working properly fish lose control of their buoyancy and may sit on the bottom, not able to swim up, or more commonly, float upside down at the surface.

Upside down goldfish are easy to diagnose with swimbladder disease as they bob at the surface and can’t swim downwards or right themselves. But with fancies its not so much a disease as it is the result of the way they’ve been bred.

In normal fish, the swimbladder is elongate and lies horizontally in the fish’s body. Fancy goldfish have artificially shortened bodies, squeezing and bending the shape of that swimbladder. The shorter and fatter the goldfish, the more prone to swimbladder problems they will be.

Floating foods are often blamed for making fancy goldfish float, the thinking being that the goldfish take in air while feeding and there is a build-up of gas.

Feed sinking foods to fancy goldfish to eliminate that risk, but also choose fancies with longer bodies as they are much less prone to swimbladder problems. Normal goldfish like common goldfish, comets and shubunkins rarely if ever suffer from swimbladder problems because their elongate, natural body shape enables the swimbladder to sit unhindered.

Another relatively unknown cause of swimbladder issues in fancy goldfish is temperature. Fancies need warm water, over 20C, and if they get cold they may flip over and never flip back. Another reason why fancy goldfish shouldn’t be kept in ponds - they get too cold in winter.

Many fancy goldfish are bred in tropical countries and never experience the cold, and many breeders in the UK actually use heaters (like for tropical fish,) to ward off the cold and encourage growth and breeding.

How to treat swimbladder disease in fish

So for fancy goldfish, feed sinking foods and keep them warm. Some owners find it is food-related so a few days fasting or a week or two on frozen food only may see them right themselves again. Some owners use tonic salt as well, although results are mixed.

If you feel that it is actually swimbladder disease or have tried all other options then there are specific swimbladder disease treatments available. They work by treating bacterial infections in the swimbladder. Use as directed and hope for the best, but in the case of long term upside-down fancy goldfish, there is often no cure.