What's the best Clean-Up-Crew for a reef aquarium?

Categories: AquariumsReefkeepingFish
Get into reefkeeping and one of the first things you’ll be recommended will be Clean Up Crew. Abbreviated to CUC online, but where do you start? 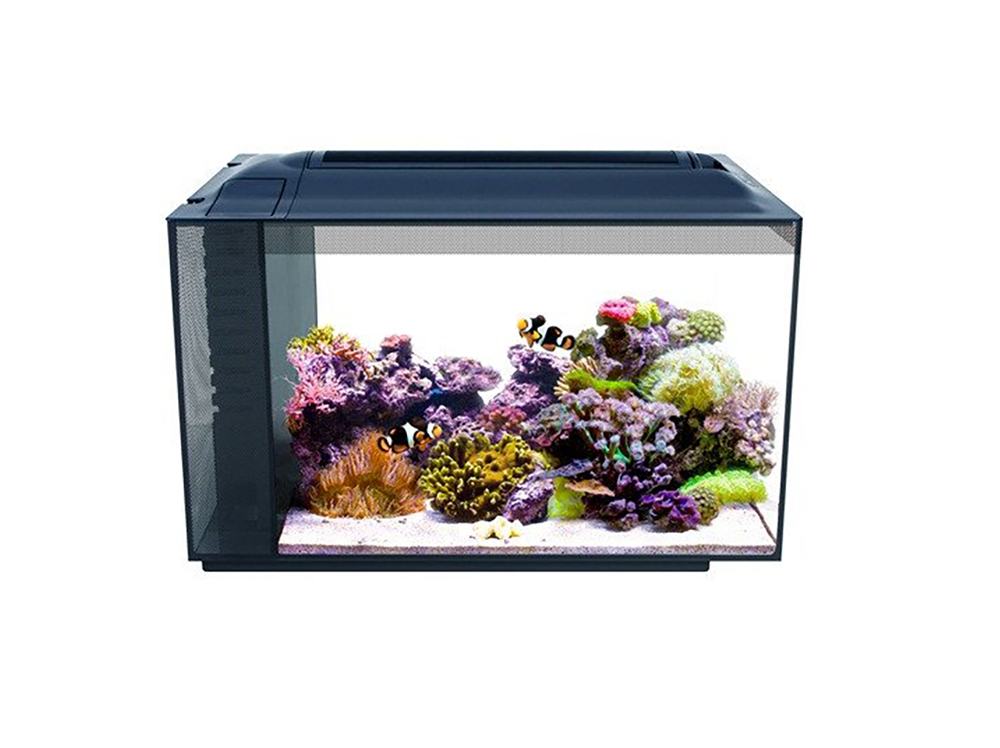 Get into reefkeeping and one of the first things you’ll be recommended will be Clean Up Crew.

Abbreviated to CUC online, Clean up crew is the name applied to mobile invertebrates which you add to the saltwater aquarium to help to keep the tank clean, by grazing on algae or eating uneaten fish food.

Nuisance algae is especially prevalent in new reef tanks, with bright surfaces, bright light and spare nutrients, and that lovely pristine vista can rapidly turn into a brown, slimy mess. So a week or two after aquascaping the tank and filling it, CUC are often the first livestock to be added.

And just like all algae eaters, fresh and saltwater, CUC also need to be fed in their own right, especially in clean tanks with very little of their preferred food source to graze. Add too many CUC to new tanks without enough food, and they can starve and die. Here are six of the best:

There are dozens of hermit crab species available, but make sure you only buy the small species which are reef safe. Hermit crabs will graze algae and uneaten food from the rocks and sand and are fun to watch, cheap, and widely available. You must provide spare shells for them however as they need a slightly larger shell to move into as they grow, and if spare shells aren’t available, the largest, strongest crabs in the group will remove other crabs from their shells and steal them, or kill snails, eat the meat, and move into those shells. Add five or more to the average size reef tank.

Nassarius, or Nas snails as they are commonly known, are plain, brown/creamy coloured snails which burrow and move through the sand, keep it fresh and turned over. Unlike the other snails mentioned below, Nas snails are meat eaters so they won’t eat any algae, and will devour a dead fish, given the chance.

Nassarius snails have a strong sense of smell, using that conch-like proboscis to poke out of the sand and smell the water for food. As soon as you place food in the tank they will smell it and race over to it. Add five to the average-sized reef tank.

There are many algae grazing snails available including Turbo, Tectus, and Astrea, but most are sold under the Turbo name, despite the true Mexican turbo snail having a different shaped shell from the common cone-shaped species. Algae grazing snails eat algae from sand, rocks and glass, although they prefer grazing smooth surfaces in high flow areas, like the tank glass, versus rocks or sand where predators can turn them over and devour them.

Some say that mixing snails and hermits is a bad idea because hermits may eat them and steal their shells, although in an established reef tank with plentiful grazing this shouldn’t happen, and a strong snail on a firm surface should be able to evade a crab attack. The advice used to be to add dozens of snails, even to small tanks, but they often run out of food and die. Add five or six to an average-sized reef tank, with reef water parameters and they should last for many years.

Also known by their scientific name of Mithrax crabs, these green coloured crabs are about the only thing that will consume and control nuisance bubble algae. They’re bought specifically for this purpose but the good news is that in the absence of bubble algae they will graze on other algae and uneaten food, and still perform a useful role. Add three to the average-sized reef tank, but don’t be alarmed if they become elusive and you don’t see them. If the tank is free of bubble algae, they are there.

Sea hares are a type of Sea slug and they are deployed in reef tanks in times of severe hair algae bloom. These large brown slugs are ravenous eaters of any large, lush algaes and one can consume all of an average reef tank’s nuisance hair algae in a few days. After that, they risk starvation, so many Sea hares or loaned, or bought and returned to sellers once the important job has been done. One thing that is worth knowing is that they can get stuck to pump inlets and if they get injured or stressed they can release a purple ink into the tank. It doesn’t seem to affect anything but don’t be alarmed if you see it happen.

As the name suggests, Sand sifting starfish do exactly that, burrowing just below the surface of the sand and keep it clean and turned over as they move through it. Ideally, they need a large expanse of mature, fine aragonite sand, and if they have that they can live for several years, returning to the surface occasionally. One would need a minimum 90x30cm sand bed, with three requiring a tank of 150x60cm in area. One of the easiest starfish to keep.