What’s the difference between hard and soft aquarium corals?

Categories: AquariumsReefkeeping
Want to build a reef tank but unsure on all of the different types of coral? We've put together this useful guide to teach you about them. 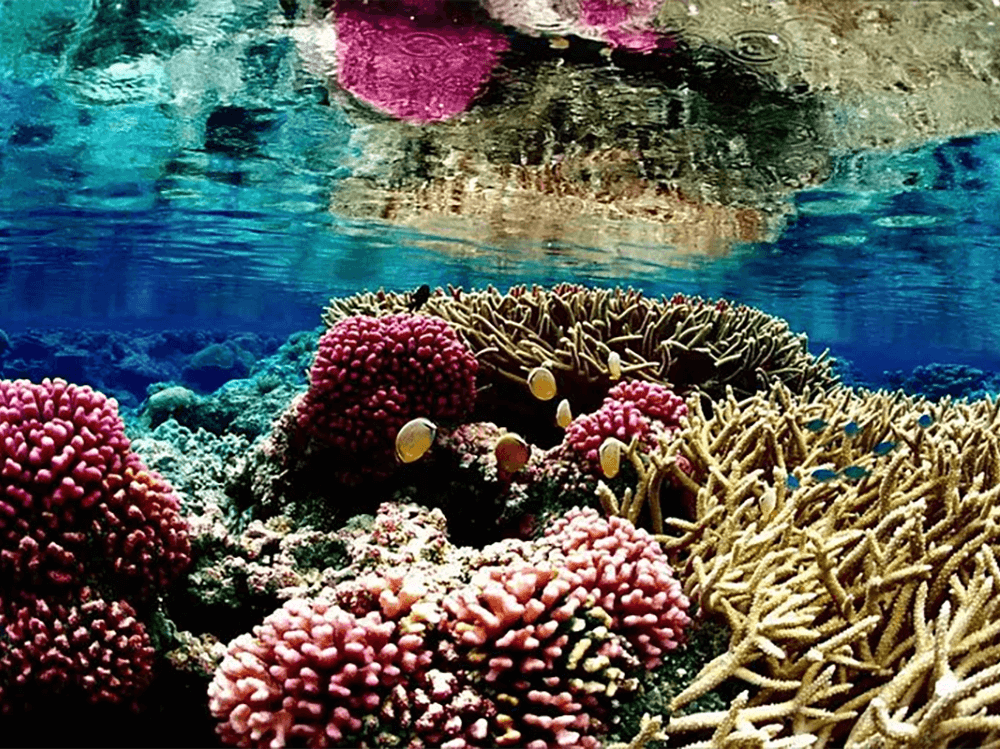 Hard corals are so-called because they build a hard skeleton as they grow, which is left behind when they die.

Hard coral skeletons are what people used to use as ornaments in the 1970s and they are characteristically white and spiky. This type of coral is known as reef-building coral, as its those skeletons which remain on the reef, building it up in height, before more hard corals colonise and grow on top it. The old skeletons eventually become so encrusted, calcified and crushed that they become rock, and that’s basically where live rock comes from. Hard corals are reef builders and can actually build a reef.

Soft corals do contain tiny spindles inside their tissue called sclerites, which help them to hold themselves up, but these disappear when they die so a poorly soft coral may shrink and disappear completely, whereas a hard coral will always leave a skeleton behind.

What’s the difference between LPS and SPS corals?

Hard corals then further subdivide into LPS and SPS types. LPS stands for Large Polyp Stony and SPS stands for Small Polyp Stony. The last “S” in both can also stand for Scleractinian.

Large Polyp Stony corals tend to have very large, fleshy bodies which inflate with water and hide the skeleton underneath. Examples include Hammer, Torch and Frogspawn corals, Scolymia, Acanthastrea, Duncan’s corals and Bubble corals. They tend to have just one large polyp with one large mouth like with a Scolymia, or several “heads” or polyps like Torch corals and Duncans, with a single mouth in the middle of each head.

LPS corals are some of the most sought after corals for the saltwater aquarium as they have amazing shapes that sway in the current and eye-popping fluorescence which shows up under blue LED light. Gold torches and many corals like colourful Chalices can sell for many hundreds of pounds, just for one head or one frag, as long as water parameters like KH, Calcium and Magnesium are properly managed they can be quite easy to keep, as they only need medium levels of flow and light.

SPS corals are the lovely branching, tabling and swirling shaped corals that we imagine a pristine coral reef to look like. In contrast to LPS corals, SPS have a thin skin covering their skeleton that doesn’t inflate, and that skin is made up of thousands of tiny coral polyps, all with one mouth each.

SPS corals need bright light, strong water movement and are the least forgiving of any coral you will ever keep. They demand perfect water quality at all times and many parameters must be managed including temperature, salinity, KH, Calcium, Magnesium, Potassium, Nitrate and Phosphate to name just a few.

SPS corals are seen as the ultimate challenge for many reefkeepers and examples include Montipora, Acropora, Pocillopora,  Seriatopora and Stylophora. Of those, plating Montipora and Seriatopora are the easiest and should be achievable by most hobbyists, but Acropora, in particular, can be very unforgiving and will “Strip,” a situation where all the living tissue quickly dies off and disappears leaving only the skeleton, very easily. Its SPS corals that are the most vulnerable to coral bleaching events in the oceans, when temperatures get too warm for them for extended periods.

Setting up for soft, LPS and SPS corals

If setting up for easy to keep corals and you have a restricted budget, soft corals are the way forward. They are tolerant of mistakes and less than perfect water quality, light and flow, so these are often the corals that are recommended for beginners to keep. For softies you’ll need rock, sand, a decent light, a wavemaker turning over tank volume ten times per hour, and some phosphate remover. Green star polyps and leather corals are good for beginner reefkeepers.

How to set up a tank for LPS corals

LPS reef tanks can be straightforward too, with rock, sand, a wavemaker and an LED with a strong blue spectrum. They don’t need too much flow as then they can’t extend their polyps and feed properly, but they do need to be glued to a rock using putty and spaced apart from each other, as they can release stinging tentacles to wage war on an encroaching coral which may overgrow its space.

An important factor with LPS coral is that they need feeding, just like fish do, so arm yourself with some LPS coral food. And as they build their internal skeletons they use up KH, Calcium and Magnesium, yet will die in tanks with low levels of them, so elements will need to be replenished by you, with regular dosing.

LPS corals can be mixed with soft corals no problem, as long as you don’t let them touch.

How to set up a tank for SPS corals

SPS corals come from areas of reef with the strongest flow and brightest light. It is also devoid of larger food particles, so a tank for SPS needs the highest performance lighting, the strongest water flow and good mechanical filtration. Automatic dosing should be installed to keep KH, Calcium and Magnesium at optimum levels at all times, along with a phosphate reactor, and a way of controlling nitrates.

If set up properly, an SPS tank is not the ideal environment for LPS and vice versa, so they are actually best kept in separate tanks for their differing needs to be met. Another challenge for the avid reef hobbyist!

Are Anemones hard or soft corals?

Sea anemones aren't actually corals at all, but appreciate flow, lighting and water parameters that are the same as LPS corals.

What are coral frags?

A frag is the abbreviated name for a live coral fragment. A small piece of coral is cut from a colony, mounted on a frag plug and then grown on into its own coral. Its like taking a cutting from a plant. Frags are cheap to buy and easy to swap with other reef aquarium owners. Frags can be a cheap way to populate a new aquarium and lessen pressure on wild live corals.