Why are my aquarium corals dying?

Categories: AquariumsReefkeepingWater Quality
Corals are marine animals which need light, water and food but if you’ve got all that and they’re still dying, here’s what to look for and remedy. 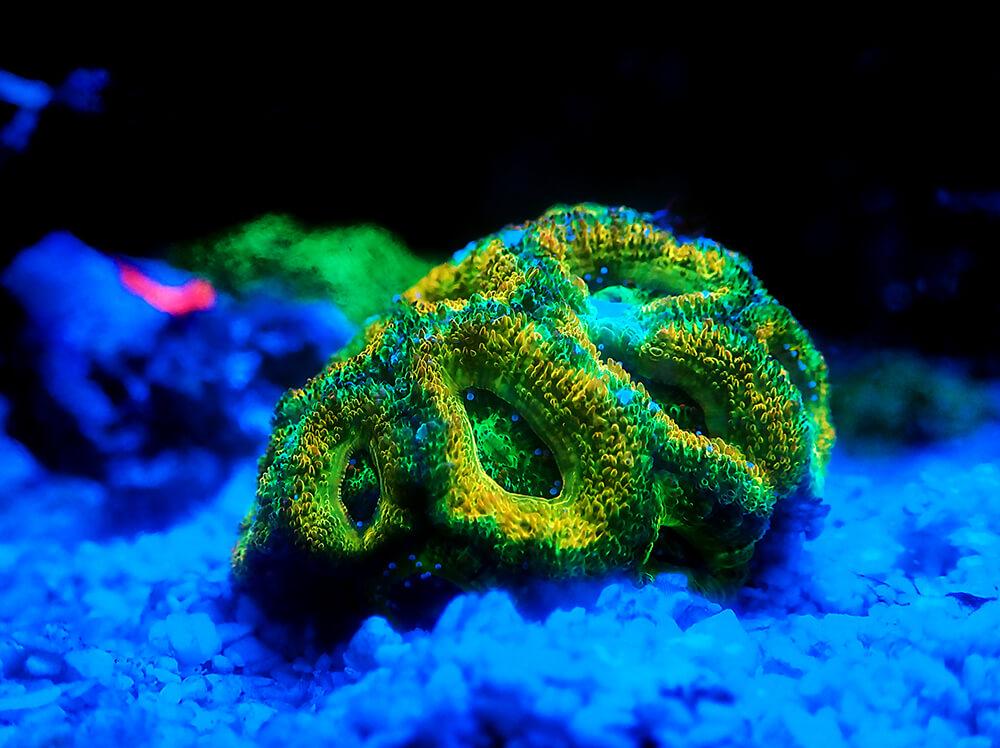 Corals are marine animals which need light, water and food but if you’ve got all that and they’re still dying, here’s what to look for and remedy, along with some essential checks:

Check that the aquarium's power is on

Is the tank plugged in and switched on? Has the power tripped or is there a power cut? Check that your return pump and wave-making pumps are running. Along with skimmer, reactors and other essential hardware.

Check the temperature in the tank with a thermometer. Is the heater switched on? Is the thermostat working? If the water is hotter than it should be what is the heater set to? Or the thermostat? Has the heater failed in the on position or is a heatwave causing warmer than average water temperatures in your tank? Corals can survive short periods down to about 22 and up to about 27 Celsius, but much more out of that range and for extended periods can cause their demise. Always carry a spare heater and have measures in place like frozen water bottles and fans for emergency cooling.

Check the salinity of the aquarium water

All water chemistry relates to the salinity as saltwater is a soup of finely balanced elements. Use an accurate Refractometer to measure the salinity, and take the water sample at 25C as temperature effects the reading. Specific Gravity should be at 1.024-1.025, or 33.5-35ppt salinity. If it’s much lower or higher than that it won’t affect fish but its enough to kill corals.

Test the KH of the reef tank water

KH or Alkalinity is the first water quality parameter to check in a reef tank (after temperature and salinity,) as its the thing that changes the most rapidly. Use a KH test kit to check KH, and it should be between 7 and 12. If it’s under 7 use a KH buffer or do a series of water changes to bring it back up. If it’s over 12 a KH Buffer or other product has been overdosed. Although 7-12 is quite a wide range of tolerance KH change must happen slowly. If your KH was at 7 and rose rapidly to 12, that’s also enough to kill corals. Check the KH reading on your aquarium salt and aim to keep the KH in the tank the same as it started in the salt bucket at all times.

Test the saltwater aquarium for ammonia

Ammonia isn’t often checked in a mature reef tank as it’s assumed there is none in the system, but if your corals are dying it’s worth giving it a quick check. Has some livestock died like a snail, fish or an anemone? If the power did go off your biological filter may have died, so check for ammonia and add beneficial bacteria if any is detected. Ammonia can cause a knock-on effect where one dying coral pollutes the water and kills others.

Check the nitrate level in your reef tank

Nitrate can build up over time and kill sensitive corals. It will also shock and kill newly introduced hard corals if it’s very high. Test nitrate levels and change water to bring it down in the short term. Use Biopellets, NoPox or an algae refugium to bring it down long term.

Test Calcium and Magnesium in your reef tank

Calcium and Magnesium are usually pretty stable and if the KH is good, Calcium and Magnesium usually are too as they degrade slowly. But it’s worth checking it if your corals are dying. Calcium should be around 400-500 and magnesium 1300-1500. If they are under these values change water or use buffers. If they are over, you’ve overdosed buffers or your salinity is too high.

If you’ve checked temperature, salinity, ammonia, KH, calcium, Magnesium, Nitrate and Phosphate and they are all as they should be, its time for some extra detective work. Use a TDS meter to check the total dissolved solids level of the RO water you are using. It should be at zero TDS. If it isn’t, change the filters in the RO unit.

Do an aquarium ICP test

Both RO water and aquarium water can be tested with an ICP-OES machine - a £100k professional testing machine which will test for 30 or more water chemistry parameters at a very high level of accuracy. ICP test kits will also test for heavy metals or known coral killers like Copper. If you can’t put your finger on widespread coral loss its worth doing an ICP test as it can be a real eye-opener.

Watch your saltwater fish and invertebrates

Marine fish and mobile invertebrates can eat and kill corals. Do you have any Angelfish, Butterflyfish or Bannerfish, as they can nip and eat corals? Or what about large hermit crabs, Dancing shrimp, or Bristleworms? Watch fish in the daytime and look for invert activity by torchlight at night. It may be one of your pets that are actually causing the coral damage.

Explore all unknowns around the home

If all of the above is ok we need to look to unknowns around the home. Are there any air fresheners, deodorants, insect sprays or flea sprays being used? Is your skimmer sucking in fumes and pumping them into the tank? Is there any rust falling into the water? Has someone painted something nearby? Is there something on your hands? Explore everything and if you can’t put your finger on it do several water changes to dilute whatever was causing it, if anything. If in doubt, change the water, every time.

Aquarium corals can suffer from diseases like Brown Jelly Disease on Euphyllia spp. LPS corals. But unlike fish which can all catch Ich for example it would be very rare that a mix of hard and soft corals in reef tanks all succumb to the same disease and if they did, the trigger would still probably be one the reasons listed above like stress from the wrong salinity, water chemistry or temperature.