A comprehensive guide to selected Labroids 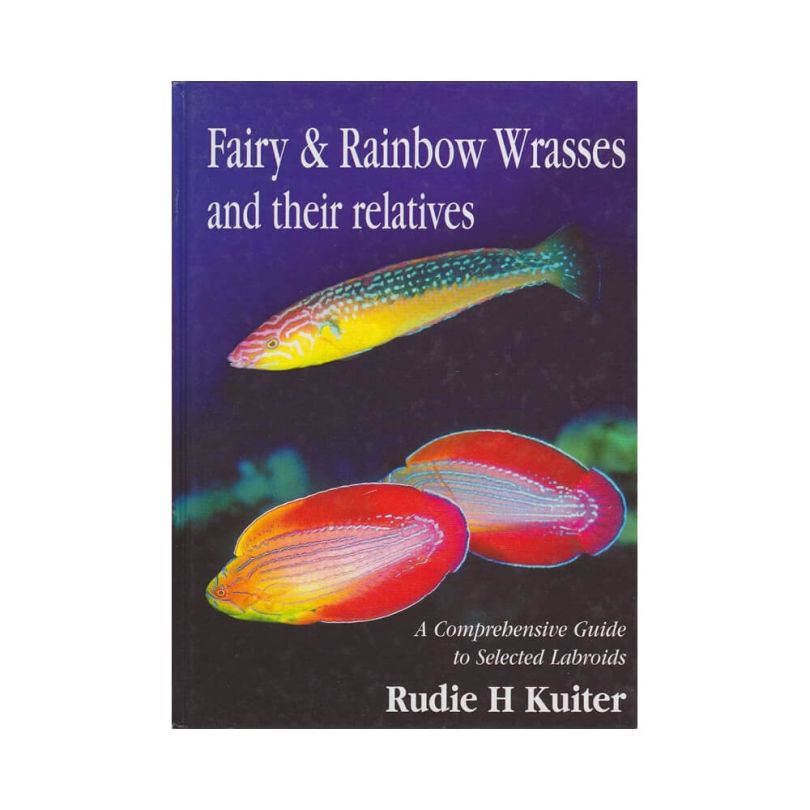 Skip to the beginning of the images gallery
At a glance...
A wonderful book with lots of fairy rainbow wrasses pictures.
Write a review
Details

What is the TMC Fairy and Rainbow Wrasses and Their Relatives book?

Part of the Marine Fish Families Series, Fairy and Rainbow Wrasses and Their Relatives is a comprehensive guidebook to selected Labroids. Written by Rudie H. Kuitler, a keen aquarist and fisherman, this third book in the series includes detailed information on the families, genera and more than 100 known species of the world. The Fairy and Rainbow Wrasses and Their Relatives book comprehensively cover fish with photographs as a pictorial guide, primarily for the purpose of identifying species and finding out what is known about them.

What are the features of the Fairy and Rainbow Wrasses comprehensive guidebook?

Illustrated with hundreds of spectacular underwater photographs, this book contains information on behaviour, habitats and details of aquarium requirements for the various groups. There are picture index pages for visual quick-find of genera and a comprehensive index of common and scientific names of families, genera and species.

Wrasses are a large group of very different marine fish, some of which grow huge and prey on mobile invertebrates, making them unsuitable for reef aquariums. Fairy wrasses are similar to anthias of the wrasse world, in that they hover over the top of the reef, snatching zooplankton from the water column, and displaying their ornate finnage and colouration vigorously to each other. Many of them are sought-after and expensive but are coral safe.

Check out our other fish care books in the Marine Fish Families Series from TMC Publishing.