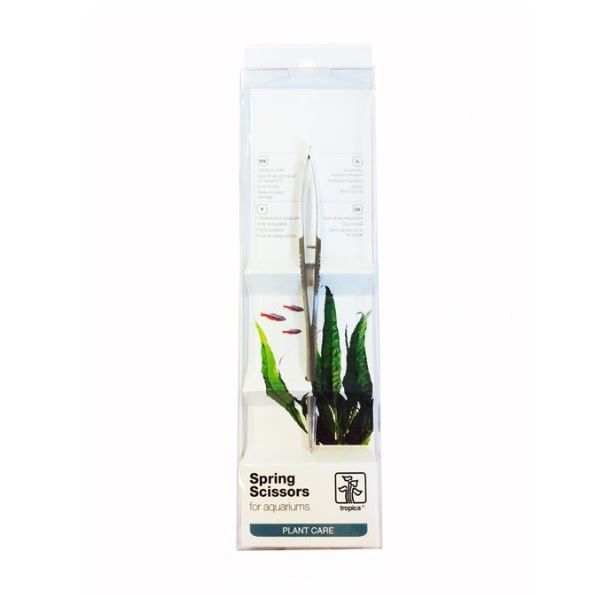 Aquarium plants will sooner or later require trimming, in order to avoid that fast-growing plants take control and spoil the idea of the original layout. These handy scissors will ease the task!

The growth rate of the plants is very different and so is their trimming. Extensive trimming can disturb the balance in the aquarium, which is why small and frequent trimming is preferable.

Trim stem plants by regularly cutting the longest shoots right above one of the bottom leaves and then re-plant the off-cut in the group. New shoots will emerge from the trimmed stem.

The bottom layer and moss are trimmed like a lawn, in backward direction, in order to achieve fast new growth.

Echinodorus, bulbs and tubers are trimmed by removing the outer leaves of the rosette and/or leaves that cast shadows over the surface.

For Cryptocoryne remove the yellow or damaged leaves. When the group becomes too dense, remove whole plants.

Stolons are trimmed if they invade the surrounding plants. The oldest plants can be replaced with stolons from time to time.

Rhizome plants are slow-growing plants. The rhizome stem itself is trimmed between a bunch of leaves when the plant becomes too big. New shoots will form from the leaf base