How to get rid of algae in a fish tank naturally

Categories: AquariumsAlgae and Pests
Algae itself is a natural phenomenon. Wherever there is light and water there is algae, and algae has been on Earth for a billion years. 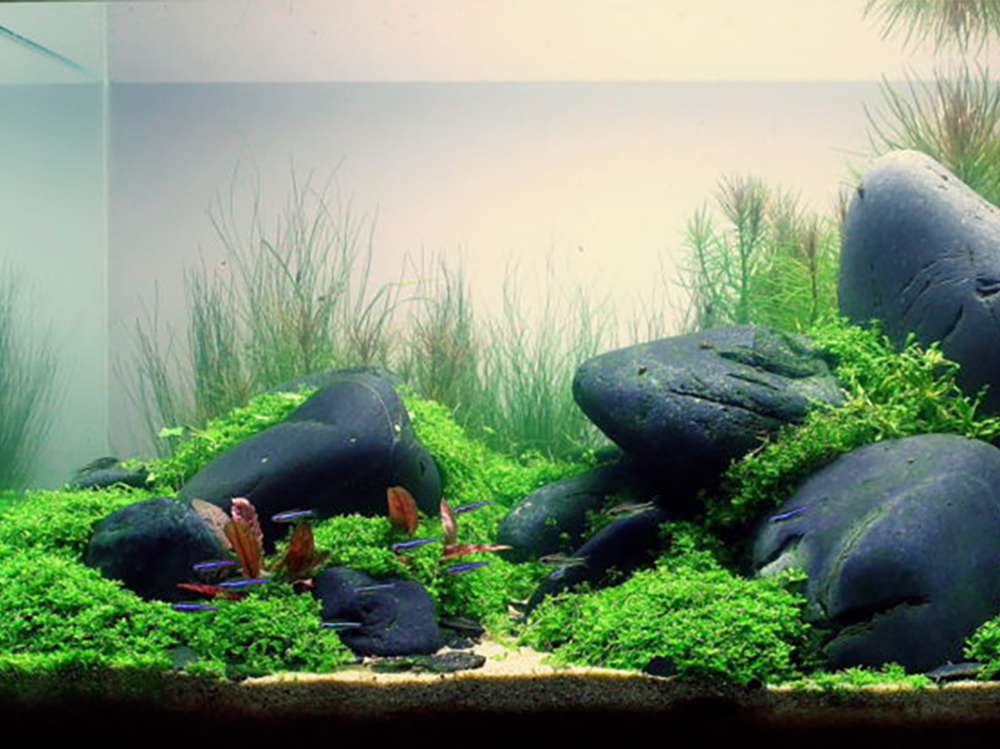 Algae itself is a natural phenomenon. Wherever there is light and water there is algae, and algae has been on Earth for a billion years. So you could argue that having a certain amount of algae growing in your tank is natural. It can even be beneficial, utilising ammonia as a food source, itself being a food source for fish and invertebrates, and even producing vital oxygen via photosynthesis.

But a plague of algae in an aquarium is often a sign of an imbalance or that levels of pollutants are too high. It’s unsightly, but too much algae can actually cause problems for fish by raising the pH too high, starving the tank of oxygen at night, blocking filters, and trapping fish.

Algaecides are available but apart from being quite harsh chemicals, their usage risks creating a further imbalance in the water as the algae die off en mass, as well as not actually curing the source of the algae problem in the first place. The result - the algae comes back as the conditions that caused it to bloom in the first place are still present. Let’s look at other ways instead.

One of the simplest ways to attack nuisance algae is to give it less light. If the aquarium contains live plants, cut the light down to eight hours per day. If no live plants are present turn the light off completely when you are not purposefully watching the fish and have it on for a just one or two hours per day. Extreme algae breakouts can also be dealt with by something called a “blackout” whereby the entire aquarium is blacked out with sheets or bin liners and the lights turned off for a few days.

In complete darkness, algae takes a real hit but strong, healthy plants can survive it. It offers the tank owner a reset and then when lit up again, they can further fight the algae with other means. But reducing the lighting costs nothing, and its the first thing you should try. Ensure daylight isn’t hitting the tank at any point throughout the day or even the year, as that causes algae. And don’t place an aquarium in a conservatory.

In nature, all nutrients are tightly cycled, meaning that any plant fertilisers are quickly taken in and locked up by plants. In the aquarium, if you have too many nutrients and too few plants (or no plants,) those free nutrients are readily taken up instead by algae. Change the water regularly to keep nutrients low and if you have plants, use a liquid fertiliser to actually strengthen the plants and help them to fight off algae naturally. If the tank contains no live plants then you can use nitrate and phosphate resins to soak up those spare nutrients and starve the algae.

The best way to tackle algae is to actually get your hands in the tank and manually remove as much as you can. Use an algae pad or algae scraper on the glass daily, and brush plant leaves and decor too. Use a syphon to suck up as much of the dislodged algae as possible, as if left in the tank it will settle and grow again. A good tip is to attach an old toothbrush to the end of a syphon tube and suck the algae out as soon as you dislodge it.

Vacuum the gravel, scrub the tank and change the water regularly (daily for a week if necessary,) and you will get on top of the algae. Clean the filter regularly too.

As well as employing all the measures listed above, lots of tropical freshwater fish and invertebrates eat algae too. For small tanks add Otocinclus catfish and Algae eating shrimp. For larger tanks use Mollies, Siamese algae eaters and Bristlenose catfish. They will all graze green algae and help to keep it at bay, but if you run out of algae they’ll need some algae-based foods to feed on themselves.

There is a school of thought that says that if you plant heavily with healthy, fast-growing aquatic plants, they can fight algae naturally and help to keep it at bay. This time use a fixed photoperiod of eight hours, fertilise regularly and employ algae eaters. CO2 can also be used to help the plants grow.

But plants can combat algae by growing across the surface and shading the algae underneath, by taking up nutrients more quickly and, some believe, by releasing natural algaecides of their own to stop algae from growing on their leaves. Create a natural ecosystem and algae shouldn’t be a problem.