What type of fish is Dory?

Categories: AquariumsFish
Thanks to Disney’s Finding Nemo franchise the Dory name tag will stick with Regal tangs forevermore, read our guide on how to keep them. 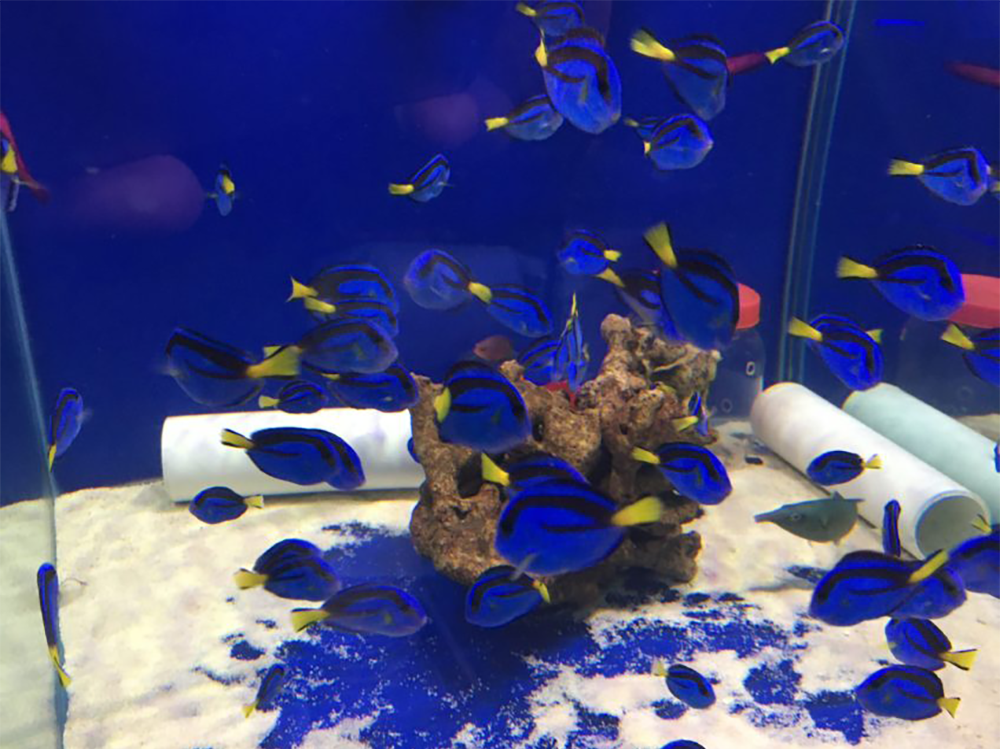 Thanks to Disney’s Finding Nemo franchise the Dory name tag will stick with Regal tangs forevermore. Also known as Hippo tangs or Pacific Blue tangs, Paracanthurus hepatus are tropical saltwater fish that belong to the Surgeonfish family and come from coral reefs in the Indo-Pacific.

In the wild, they can grow to 30cm/12” long, although most don’t exceed 20cm/8” in length in captivity, but they are active fish so need a large aquarium, ideally 150cm long or longer.

Their appeal is their bright blue colouration with yellow tail and striking black markings, and as juveniles, they look super cute. Unlike most clownfish however Regal tangs are wild-caught, not tank bred, so are sensitive to poor water quality and susceptible to disease.

Don’t add Regal tangs to new tanks and quarantine them before adding them to established reefs. In fish-only tanks Whitespot treatments can be used but for tanks with inverts, a large UV steriliser is the best form of defence against Whitespot.

Although they are a tang they won’t graze algae like a Yellow tang does and instead are active in midwater, feeding on dry and frozen foods. They are one of the most peaceful tangs so mix well with other species and other tangs, though make sure that they aren’t picked on by other fish when introduced.

Most Regal tangs are kept singly. They can be kept in groups when young or in very large tanks, but squabble in small tanks and as they get older. They like to hide amongst rockwork at night time so ensure there are adequate hideaways to enable this behaviour.

Regal tangs are best suited to reef aquaria although they can be kept in fish-only marine tanks as long as they are fed a varied diet which includes a good brand of nutritious dry food. A good diet is necessary to keep Head and Lateral Line Erosion (HLLE) at bay.

They are almost completely coral safe although the odd one has been known to turn rogue and nip at coral polyps.

Colours can fade as they grow older with many developing a pale yellow belly. They are long-lived and can go for twenty years or more, so make sure you can make the long term commitment to time and space that they need.