The swell guide to how to keep plecos in an aquarium

Categories: AquariumsFish
Plecos are popular aquarium fish, known for their sucker mouths and their algae-eating capabilities. Some plecos get big however or have specialised care requirements. 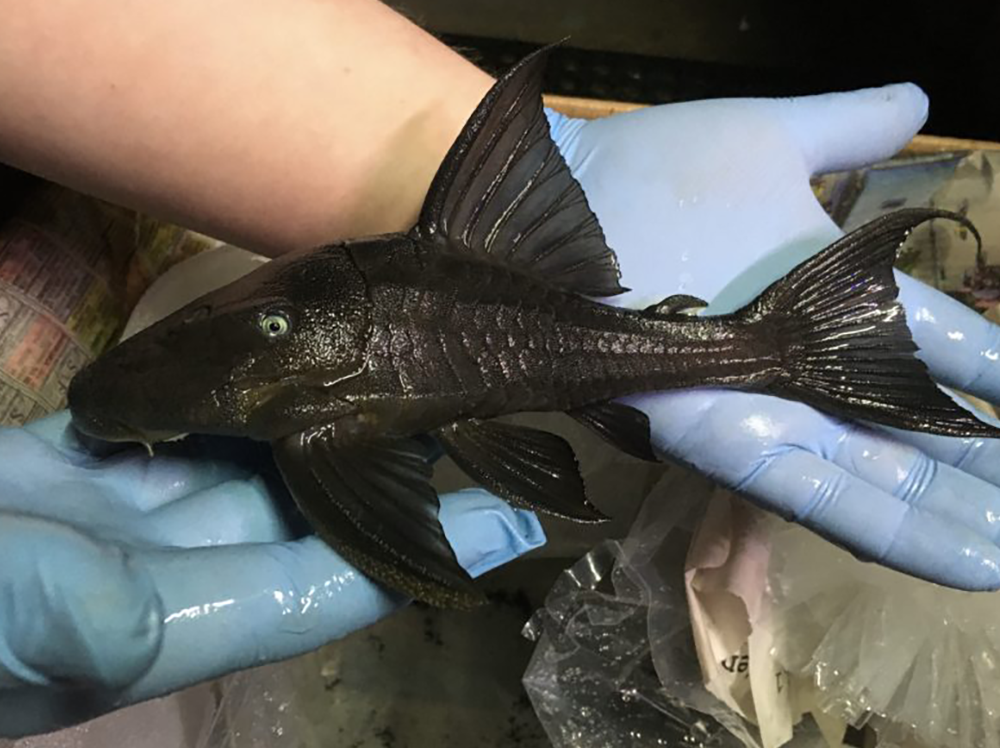 Plecos are popular aquarium fish, known for their sucker mouths and their algae-eating capabilities. Some plecos get big however and others have specialised care requirements. Here’s our guide on how to keep plecos in an aquarium.

Think of a pleco and you’ll probably imagine a common plec, sailfin plec or Bristlenose, but there are over 680 different species from 92 genera, with more being discovered and scientifically described all the time. They range in size from tiny Otocinclus at just a few cm in length to mighty Adonis at three feet (90cm) when fully grown. Most are brown, grey or mottled to match their riverbed surroundings but some are vividly coloured and patterned with Zebra plecs and Golden Nugget plecs being some of the most colourful and striking of all tropical fish.

All plecos come exclusively from the continent of South America although invasive populations of Common plecs have been introduced to South East Asia, North America and other regions. Very few actually survive on an algae-based diet in the wild either, eating anything from wood to crustaceans with some species having surprisingly carnivorous diets.

Set up a tank for plecos

First research the adult size of the plecos you wish to keep. Although cheap, Common plecos and Sailfin or Gibbiceps plecos grow to 18” long in a short time and create lots of mess, so are not suited even to medium-sized tropical aquariums. Always opt for the largest possible aquarium you can accommodate as it will allow swimming and growing room for your pets, and you’ll be able to keep more of them.

All plecos like strong water movement so use internal or external power filters and even wave-making pumps to create powerful currents in the aquarium. Those sucker-mouths help them to hold on to rocks in strong water flow in the wild.

Decorate the tank with gravel, smooth rocks and wood, and arrange the decor to make caves. Hand made pleco caves or pipes can be used to create even more hideaways, and lots of plecos use tight-fitting hollows to breed in, in the wild. Provide more caves than plecos and then they won’t squabble.

Leave live plants out of the pleco aquarium as they may eat them or uproot them with their stiff, armoured bodies and spiny pectoral fins. Artificial plants can be added and the plecos will keep them free of algae, or if you must have live plants, choose tough Anubias or Microsorum - two plant species that also appreciate strong water flow. Keep the lighting subdued as these fish are more likely to come out in the dark, and a tank lit by just a few choice LED spotlights can look particularly effective.

Plecos must be fed in their own right and shouldn’t be left to scraps left by other fish, algae, or even fish droppings. Feed a sinking catfish food specifically aimed at sucker mouthed catfish. If your other fish keeping stealing the food, feed the other fish first so their bellies are full, then try dropping the food to the bottom down a pipe or even placing it in a length of pipe on the substrate that the plecos can access. Some plecos prefer to come out at night so try dropping in some tablet foods, large pellets or wafers after lights out.

Common plecs and Sailfin plecs are used as tankmates for anything from Oscars to tank-busting Pacu, to African cichlids. All plecos prefer soft water so combine with other riverine, soft water fish like tetras, cichlids, and barbs. You could create a South American biotope selecting only other South American fish like Severums, Angelfish and Disc characins, or even a specific, well-known pleco habitat like the river rapids of the Rio Xingu, home to the famous black and white striped Zebra pleco.