What temperature should a tropical aquarium be?

Categories: Aquariums
We often divide freshwater fish into two types - tropical and coldwater, but what defines a tropical fish, and what temperature is tropical? 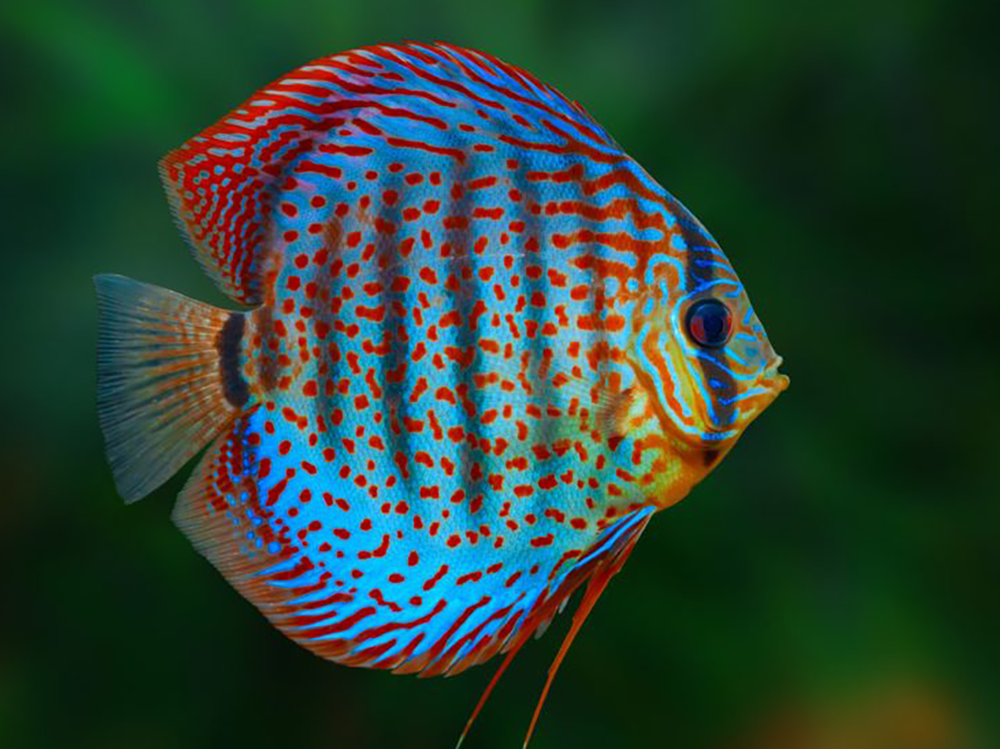 We often divide freshwater fish into two types - tropical and coldwater, but what defines a tropical fish, and what temperature is tropical?

If you take the oceans, the term "Tropical" is determined when water temperatures are above 20 degrees Celsius (or 68 Fahrenheit) year-round. "Temperate" refers to waters that are typically 10-20C, (50-68F) year-round, and below 10C, (50F) year-round is referred to as "Polar".

So tropical fish inhabit waters that are above 20 Celsius, (68 Fahrenheit) year-round, and “coldwater” fish like goldfish, are actually temperate. Some tropical fish like White Cloud Mountain minnows and Zebra danios are better described as temperate too and should be kept in unheated aquaria in UK homes, year-round.

Tropical fish can then be further divided into those that like it in the low 20s, mid-20s and high 20s Celsius. Popular species like the Redline Torpedo Barb, Sahyadria denisonii are best when kept in water from 20-25C, (68-78F) whereas Discus need much higher temperatures, with 28C, (84F) being optimum.

What temperature are heaters preset to?

Most aquarium heaters are preset to 25 Celsius, (78 Fahrenheit,) and that’s the temperature that an average tropical aquarium should be. The vast majority of tropical fish we keep are fine at that temperature, so many people never alter from the heater’s preset temperature. Adjustable heaters can typically be turned up or down from 20-30 Celsius, (68-86F), enabling the aquarium owner to raise or lower temperatures to suit the species they keep.

When do I alter aquarium temperature?

If you keep Discus, Cardinal Tetras, Rams or Zebra Plecs you will need to raise the temperature in order for them to be happy. And make sure that you choose fish tank mates accordingly, as some other South American catfish species like Peppered Corydoras prefer temperatures at or below 25C, (78F). Warm water fish may develop Whitespot when exposed to cooler waters in both the long or short term, and cool water fish demand more oxygen, yet warm water holds less.

A lowering of temperature may be needed for some tropical fish to simulate the coming of the rains and the breeding season, whereas, for goldfish, a rise in temperature is necessary to trigger breeding. Raising the water temperature to 28 or 30 Celsius, (84-86F) can speed up and disrupt the lifecycle of the Whitespot parasite, so if your fish have Whitespot but can tolerate those temperatures (like Clown loach,) turn the temperature up to help fight the disease.

Fish have evolved over millions of years to suit the temperature of their surroundings. Fish are poikilothermic, meaning that they cannot control their own body temperature and it will be the same temperature as the water they are swimming in.

Most hardy tropical fish including tetras, barbs, rasboras, gouramis, cichlids, livebearers and catfish can tolerate an upper and lower range of about 5 Celsius outside of their optimum, so that could mean 20C,68F while being transported or during a power cut, 25C,78F being optimum, and 30C,86F in a heatwave, but these should be avoided wherever possible and long term exposure may prove detrimental or even fatal.

Warm water holds less oxygen than cool water, so if temperatures go up, aeration should go up accordingly, or lack of oxygen may actually claim a fish before temperature does.

What size heater do you need?

Heaters enable us to keep tropical fish in temperate climates and are simple to use and effective. For aquariums in centrally heated homes, a rate of one watt of heater power per litre of aquarium water is recommended, so a 200-watt heater for a 200-litre aquarium and so on. Invest in a good quality heater as its vital to the survival of your tropical fish, and always use a separate thermometer to accurately measure the temperature of the water.