Why are my fish swimming at the top of the tank? 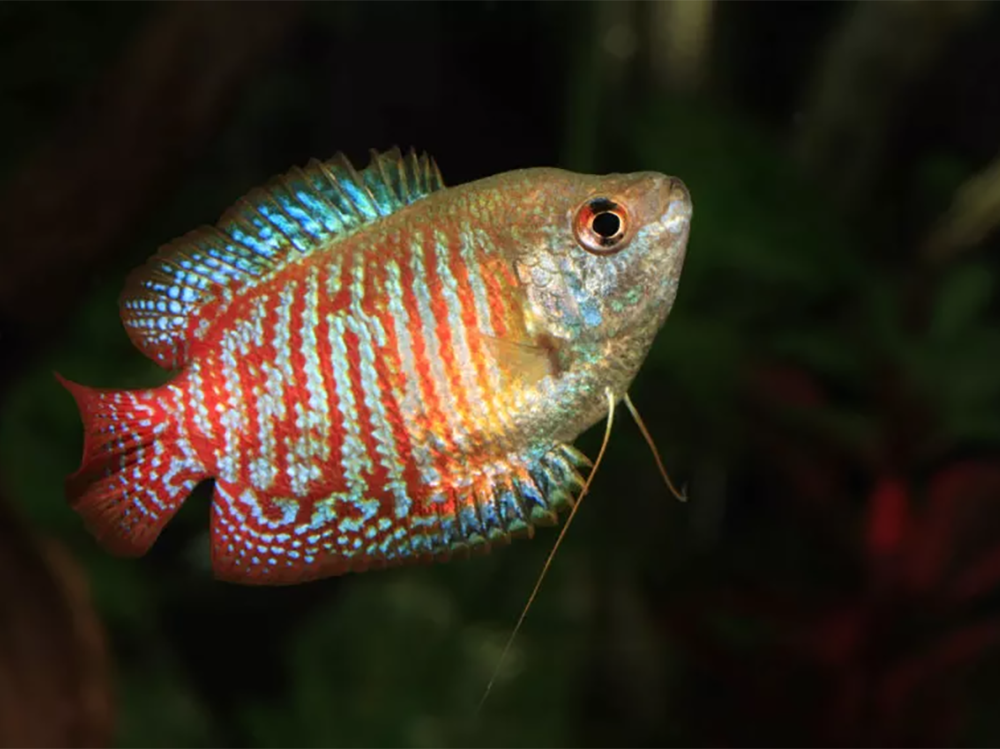 The first thing to check would be aquarium oxygen levels.

Check that the filter is plugged in and switched on and that the fish tank water is being agitated and rippled by the pump. If you have an airpump, check that it’s producing bubbles in the water.

Check the water temperature too as the higher the water temperature, the less dissolved oxygen it can hold. If you have air pumps and air stones then use them 24 hours per day. Air pumps drive off carbon dioxide too, which make freshwater fish look like they are suffering from low oxygen levels at the same time.

Another reason for aquarium fish swimming at the surface may be poor water quality. Fish tank water can be crystal clear but deadly at the same time, and toxic ammonia produced by fish and nitrite, a byproduct, are deadly at any level above zero. Test the water for ammonia and nitrite using test kits, or install an Ammonia alert or a Seneye monitoring device to tell you if ammonia is present.

If ammonia is present you will need to remove and detoxify it to prevent the fish in the tank from succumbing to it.

Change 50% of the fish tank water and add Ammonia remover, to convert the toxic ammonia into safer ammonium. Look at the aquarium as a whole and ask yourself why ammonia was present. Was it a new tank, stocked too quickly, or overstocked with fish?

Were the fish overfed or is there a dead fish somewhere decomposing? Did the filter go off in a power cut? Is the filter blocked? Or did you change the old filter media for new, throwing out all the beneficial bacteria as you did so? Add filter bacteria and bring ammonia back down to zero as quickly as you can.

Fish diseases can make fish poorly enough to hang at the water, listless and lethargic, or motionless. Parasites can enter the fish’s gills, causing breathing to become more laboured and the fish will react as if the water is low in oxygen, by hanging at the surface. Check the fish for any signs of white spots, fungus or slime. If its pectoral fins are clamped it can be a sign of disease too.

If you suspect disease, treat the whole aquarium with a disease treatment, as recommended by the manufacturer. If you have one, install an air pump and air stone to bring vital extra oxygen to the troubled fish, and help it to breathe.

Can ammonia, low oxygen and disease all be affecting my aquarium fish?

In extreme circumstances, a fish may be hanging at the surface because of low oxygen, high ammonia and disease, a common example of which would be a goldfish in an unfiltered cold water bowl. Disease can come from the stress of being kept in poor water and few if any fish could survive those three circumstances for long.

That’s why we recommend a proper aquarium with filtered water that’s matured and stocked slowly, with test kits to test the water. Add beneficial filter bacteria on a regular basis and ensure that oxygen levels are always high, either by way of a venturi supplied with your internal power filter, or a separate air pump and air stone.

There will always be exceptions, like fish which are meant to swim at the surface. Surface dwelling fish include Zebra danios, Hatchetfish and Guppies, and they naturally swim at the surface in the wild to be first to the food. All should be active and feeding when at the surface, however, with bright eyes and spread fins. If any surface-dwelling fish stay in one place, shimmy and gasp, look to other underlying causes like those listed above.