The next step forward in floating pond filter media 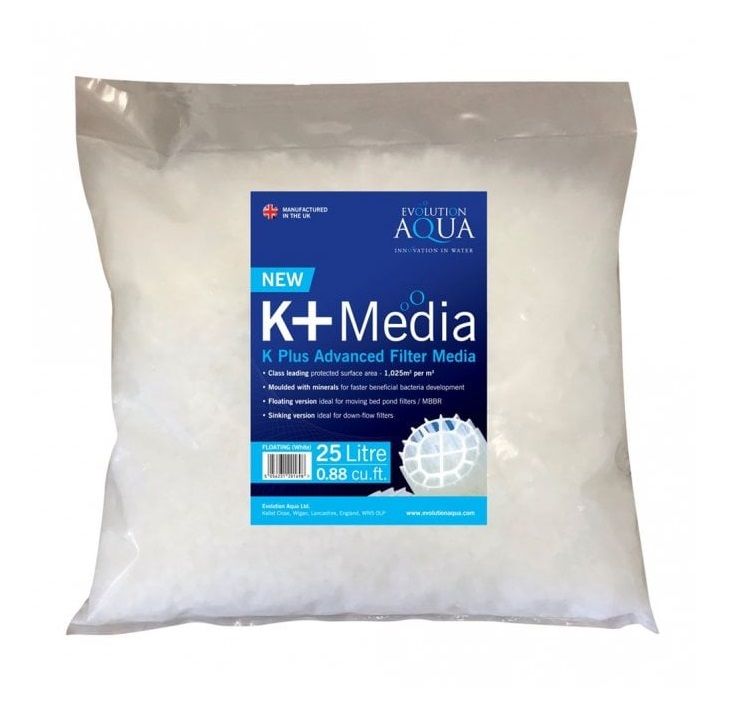 Evolution Aqua K+ Floating Media with its innovative design, and class leading surface area provides enhanced biological and mechanical filtration. As Evolution Aqua extrude K+Media, Minerals and Enzymes are added to the raw material. The result of this process, unique to Evolution Aqua, is a filtration media that not only outperforms most of its competitors due to its large protected surface area, but also answers the problem of how to speed up the time taken to mature your filter.

During the extrusion process, Evolution Aqua add a range of minerals, along with magnesium, calcium, enzymes and salt to the raw material that is used to manufacture K+Media. The result means that K+ Media will mature much faster than many other types of media.