How to change the aquarium filter without losing bacteria

Categories: AquariumsEquipmentWater Quality
Need to change your aquarium filter but worrying about crashing your cycle? Read our useful guide on how to do it without losing precious beneficial bacteria. 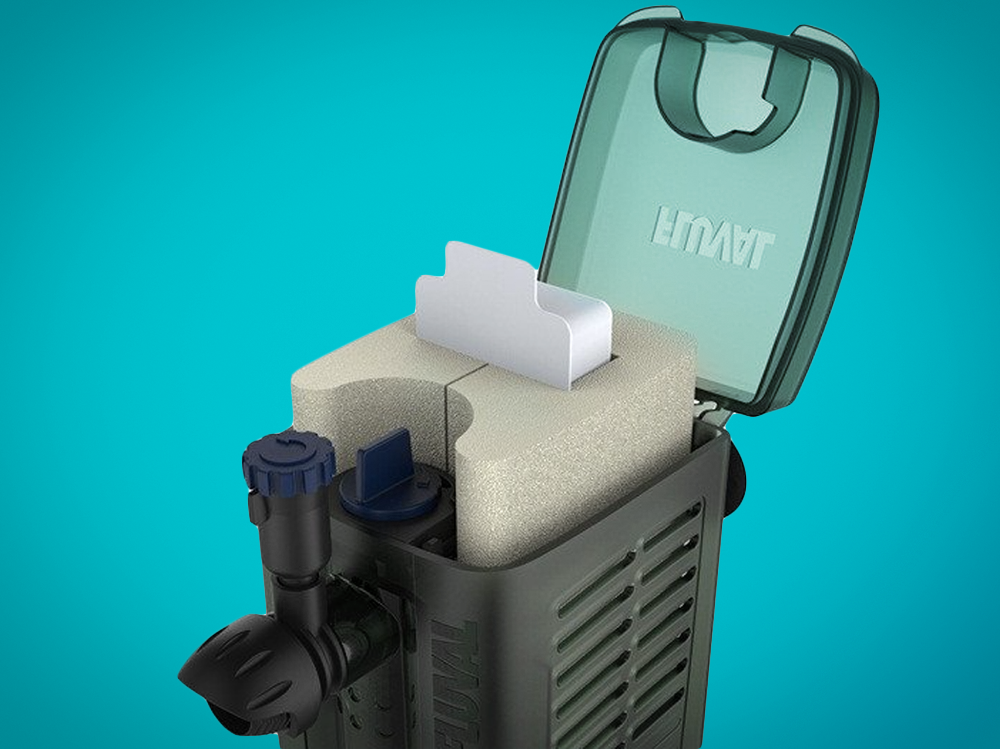 Filters and bacteria are the life support systems for aquariums.

Filters trap physical waste and oxygenate water by agitating it. Beneficial bacteria then develop within the biological section of the filter, and break down harmful fish waste. It's actually the beneficial bacteria that keep fish alive, by first converting ammonia, then nitrite to nitrate. Without bacteria conventional aquariums would not be possible.

But all that good bacteria can be lost by cleaning in tap water or changing media in the aquarium filter. As good as any biological filter media is, when you buy it, it's sterile. So if you replace mature filter media with new, all that bacteria is removed, losing bacteria and the tank will go back into New Tank Syndrome, when there is insufficient bacteria to break down the fish waste and ammonia and nitrite levels rise.

This is a very common issue with established aquariums when a “clean” can actually do more harm than good. Combine “cleaning” the filter with the addition of more fish, and you may have big problems!

How to preserve aquarium filter bacteria

The first and most important thing to do is to only ever clean filter media in old tank water. To do this, syphon some water from the tank, using a gravel vacuum, into a bucket. Turn the filter off, remove the filter media and wash it in the old tank water. The filter sponge gets washed and physical debris is removed, but the live bacteria on that sponge is preserved. Flow is restored, and bacteria continue to do that very important job of nitrification.

Chlorine is added to tap water by water authorities to kill bacteria, so that’s why media should never be cleaned under the tap, and tap water should always be treated before adding it to the aquarium.

If the sponge no longer springs back into the right shape it's time for a new one. If the filter comes with just one sponge, cut it in half, replacing half of the old sponge with the new. Monitor water quality over the next few days to ensure that enough bacteria remained to continue to break down waste.

If the filter comes with two sponges (recommended,) then one whole sponge can be removed and discarded, and replaced with a brand new one. Enough good bacteria will remain on the old sponge and bacteria levels should remain high enough to prevent any issues.

A three stage aquarium filter may have separate mechanical, biological and chemical media, and will enjoy the best of all three worlds. When the sponge is filtering mechanically, ceramic rings biologically, and carbon chemically, the sponge can be removed and replaced regularly with new. The ceramic rings stay mature and covered in bacteria, and regular replacement of the mechanical filter will help to maintain flow and oxygen levels in the filter.

A blocked sponge filter will decrease flow and oxygen in the filter, risking bacteria and fish, so it's another good reason to clean and change it.

If you do need to change biological media as well then again, its best to replace only half of it at a time. If you need to replace all of it then either make sure that the mechanical sponges are mature (over six weeks old,) or replace half of the media with new, then leave for at least six weeks before replacing the other half. This will hopefully be enough time for nitrifying bacteria to develop on the new media and take over the biological strain.

Activated Carbon can be removed or replaced at any time, as it doesn’t work biologically.

What you should never do is remove all the old filter media at once, but this happens all the time and is a common mistake with new fishkeepers. If this happens then stop feeding the aquarium fish for a few days as this will help to lower ammonia production. Test the water, and if ammonia is already present, do a 50% water change and add some ammonia remover.

Next add some live beneficial bacteria to the water, to replace the bacteria lost through cleaning. Then test the water daily to ensure that no ammonia or nitrite is present. If it is, repeat water changes and bacteria addition until things are back to normal.

If the old filter has stopped working and cannot be fixed, you will have to buy another one, but there are some tricks you can do to stop the loss of that all-important bacteria there too. Move some or all of the old filter media into the new filter. Even if it doesn’t quite fit properly, or sponges need squashing in or trimming, it's the water flow through aquarium filters that counts as its that that supplies the bacteria with oxygen and helps them to do their job.

And if your old filter is broken but you want a new one, run both filters on the tank together for at least six weeks. This will give the new filter time to mature before you remove the old one, and water quality should be preserved.

What else can kill filter bacteria?

Other factors can kill beneficial bacteria without the owner knowing. Tropical fish medications can negatively affect good bacteria, so always test during and after treating sick fish and add beneficial filter bacteria when the course of treatment is finished.

Power cuts can kill bacteria too, through lack of oxygen. Nitrifying bacteria are aerobic, meaning that they need and consume oxygen. A period of more than a couple of hours without power will starve bacteria of oxygen inside the canister. Again, test water and add bacteria after a power cut.

The golden rule with all aquariums and filters is to test the water regularly. Bacteria are too small for us to see so we can’t tell whether they are present and doing their job properly or not. Aquarium water can also be gin clear but deadly to fish, so arm yourself with the four most important tests -pH, Ammonia, Nitrite and Nitrate, and some ammonia remover, tap safe and bacteria for emergencies.

If you don’t want to risk any unpleasant surprises in your aquarium water then you can also be made aware by way of an Ammonia Alert, or a Seneye.