Kick-start your filter with these aquarium filter starters 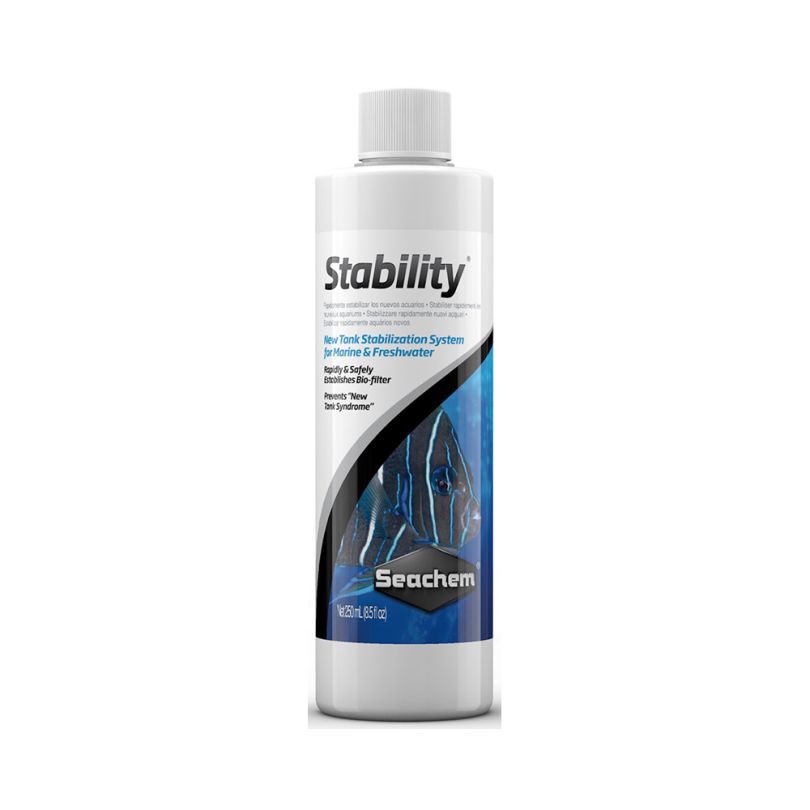 Skip to the beginning of the images gallery
At a glance...
An excellent service and delivery. I will definitely be using them again.
Rating:
98 % of 100
54  Reviews Add Your Review
Details

What is Seachem Stability?

Seachem Stability is a natural biological management treatment for freshwater and marine systems that contains the beneficial bacteria required to remove toxins present in fish wastes and kick-start a filter. It is designed to prevent 'new tank syndrome' by quickly establishing the biological filtration capacity of your aquarium.

The bacterial culture is formulated specifically to rapidly and safely establish the aquarium biofilter in freshwater and marine systems and prevent the serious danger of fish death in a new aquarium.

Seachem Stability has been designed to boost biological filtration and contains a synergistic blend of aerobic and anaerobic bacteria which will kickstart the breakdown and eradication of waste matter, which can produce toxic hydrogen sulphide, ammonia, nitrite and nitrate.

Stability is non-toxic and therefore safe for all aquatic organisms including aquatic plants. This means that you can't overdose Seachem Stability.

Can Seachem Stability be used in a freshwater aquarium?

The Seachem Stability range has several benefits over competing treatments. It is available in a wide variety of sizes, so you can pick the correct treatment for your aquarium. The treatment has been specifically designed to kickstart the cycling process in new and emptied aquariums and it directly counteracts 'new tank syndrome'.

However, the best thing about the formula is the synergistic blend of facultative aerobic and anaerobic which facilitate the breakdown of waste organics, ammonia, nitrite and nitrate while remaining completely harmless to fish and other aquatic species. It can also be used as an emergency ammonia control.

What is the correct dosage of Seachem Stability?