How to get rid of aquarium snails

Categories: AquariumsAlgae and Pests
Snails are one of the most notorious pests in home aquariums, usually introduced on live plants. Read our helpful guide on how to control them. 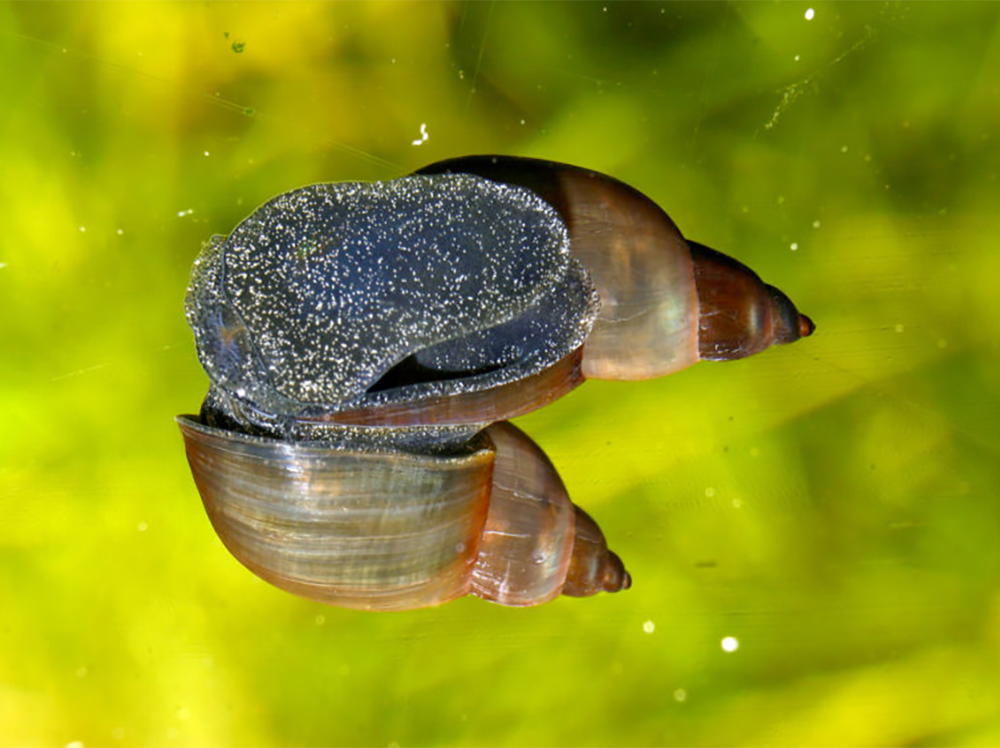 Aquarium snails can be cute in small numbers but a pest if they reach plague proportions. Here's how to get rid of them.

Where do aquarium snails come from?

Freshwater aquarium snails are usually introduced on live aquarium plants, although they can come in on any decor or equipment that’s been used on another tank, like gravel, an ornament, or a mature filter. If you’re really unlucky they can be scooped up with fish in a dealer’s tank, and make it to your tank in fish bag water.

Which types of aquarium snails are the pests?

You can buy ornamental snails as pets, like Apple snails, Red ramshorn snails, Rabbit snails and Nerite snails, although the two species that people introduce by accident and then want to get rid of, are Tadpole snails, Physa spp. and Malaysian trumpet snails, Melanoides tuberculata. Both are small freshwater snails, but they behave differently. Tadpole snails roam all the surfaces of the aquarium, grazing algae and detritus. They lay clusters of eggs in small blobs of jelly.

Malaysian trumpet snails inhabit the substrate, only rising to the gravel surface when food is introduced. Malaysian trumpet snails are livebearing snails, so no eggs, and instead you’ll just find tiny ones everywhere. Both multiply massively by dining on uneaten fish food, especially when aquariums are overfed, and numbers in the hundreds are not uncommon, even in small tanks.

How do I get rid of aquarium snails?

Step one is physical removal. Every time you see a pest aquarium snail, put your hand in and remove it. If you don’t like touching them by hand, use a fish net. You can also siphon them out with a gravel vacuum. Siphoning is particularly effective on Malaysian trumpet snails as you can suck them out of the gravel with a vacuum, or in particularly bad cases, remove the substrate entirely with a fish net and/or a syphon tube, and all the pest snails with it. Keep the filter mature and you can remove all of the old substrate and its snails, and replace it with new.

Snail traps are an effective, humane way to catch snails in freshwater aquariums. The trap is placed on the substrate and loaded with sinking fish food as bait. The snails smell the food and travel through a one-way door. Once they are in they can’t get back out, and you remove the trap, and them, the next morning. Place the snail trap into the tank before lights out, every day for as long as it's still catching them.

There are some treatments that are aimed at killing snails in freshwater tanks, although they are powerful, and will also kill shrimp and other invertebrates. If you have hundreds of snails, killing them all in one go and not removing them is not recommended as their dead bodies will pollute the water and cause an ammonia spike. Try other methods first.

Snails are a tasty morsel for many fish species, so you could add aquarium fish that naturally predate snails. Clown loach will relish snails on their menus, and will quickly reduce them in number. Other smaller loaches will too.

Paradise fish target snails although they can be a little pugnacious with smaller, more delicate fish, and lots of cichlids like Convict cichlids eat snails. Some fishkeepers actually breed pest snails to feed Pufferfish in another tank. A diet of snails helps puffers to keep their teeth ground down, and they make up many of their natural diets in the wild.

Nature is a wonderful thing, and there are snails available that actually eat pest aquarium snails. Appropriately named Assassin snails, Clea helena look more like tiny conch, but sure enough, they sniff out pest snails, catch them, and consume them. Assassin snails should be used instead of snail-eating fish, as they themselves might become prey to the fish, but it's another weapon in your biological armoury.

How do aquarium snails keep coming back?

It’s difficult to completely eradicate snails from any aquarium once introduced, as the baby snails can penetrate pipework, filters and media, and hide in places where even fish can’t get. Tadpole snail eggs can hatch after all the adults have been removed. Use several of the methods above like physical removal, a snail trap and snail-eating fish to stand the best chance of eradicating them for good. But it may take weeks or months.

Without doubt snail population explosions are always linked to overfeeding. Uneaten flake or pellets, or just lots and lots of detritus will mean food is always available, and they can reproduce. A clean aquarium with lean feeding should not be able to support huge populations of snails, so feed sparingly and remove any uneaten food.

Are a few aquarium snails a bad thing?

No, snails exist in nearly all natural water bodies, and are part of the ecosystem. For tropical and coldwater aquariums they can offer some variety, and a chance to add some invertebrates to live alongside suitable fish. Contrary to popular belief, most snails don’t and won’t eat aquarium plants. Only when a plant dies does its cellulose start to break down in the stems and leaves, resulting in a brown mush which snails will then consume.

Can aquarium snails be introduced in fish food?

No, although the nutritional analysis of many fish foods lists molluscs, fish foods are processed, cooked and made from dried powders, so there is no way that any aquatic snail or its eggs could survive the process.